Le Moniteur Universel was a French newspaper founded in Paris on November 24, 1789 under the title Gazette Nationale ou Le Moniteur Universel by Charles-Joseph Panckoucke, and which ceased publication on December 31, 1868. It was the main French newspaper during the French Revolution and was for a long time the official journal of the French government and at times a propaganda publication, especially under the Napoleonic regime. Le Moniteur had a large circulation in France and Europe, and also in America during the French Revolution. [1]

The interest aroused by the debates of the first National Assembly suggested to Hugues-Bernard Maret the idea of publishing them in the Bulletin de l'Assemblée. Charles-Joseph Panckoucke (1736-1798), owner of the Mercure de France and publisher of the famous Encyclopédie of 1785, persuaded him to merge this into a larger paper, the Gazette Nationale ou Le Moniteur Universel.

On December 2, 1799 Le Moniteur was declared an official newspaper. Napoleon controlled it via Hugues-Bernard Maret and Jean Jacques Régis de Cambacérès, who were responsible for its content. Due to Napoleon's strict controls of the press, the Moniteur's reports of legislative debates were replaced by bulletins of the Grand Army and polemical articles directed against England.

The words Gazette Nationale were dropped from the newspaper's name on January 1, 1811, when it became Le Moniteur Universel. The newspaper also became less exclusively political, articles on literature, science, and art occupying a considerable portion of its columns.

Napoleon's return from exile on Elba on March 20, 1815 confirmed Le Moniteur in its position as official journal; Le Moniteur announced in the same edition both the departure of King Louis XVIII and the arrival of the Emperor in the Tuileries.

Immediately after the July Revolution of 1830, one of the first steps of the provisional government was to seize control of Le Moniteur and the government of Louis Philippe put it under the control of the ministerial departments.

Le Moniteur ceased publication on December 31, 1868, being superseded as the official journal of the French Empire (and later the French Republic) by what is known now as the Journal Officiel de la République Française .

Augustin Barruel was a French publicist and Jesuit priest. He is now mostly known for setting forth the theory involving the Bavarian Illuminati and the Jacobins in his book Memoirs Illustrating the History of Jacobinism published in 1797. In short, Barruel wrote that the French Revolution was planned and executed by the secret societies. 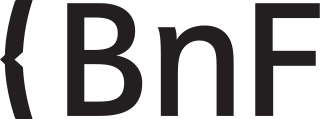 Moniteur may refer to:

Charles-Joseph Panckoucke was a French writer and publisher. He was responsible for numerous influential publications of the era, including the literary journal Mercure de France and the Encyclopédie Méthodique, a successor to the Encyclopédie by Denis Diderot. 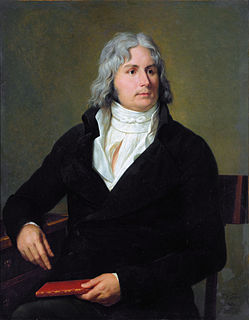 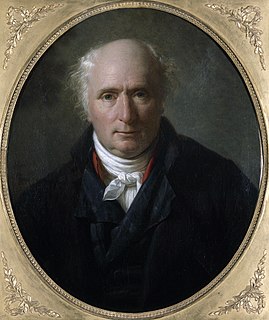 La Gazette, originally Gazette de France, was the first weekly magazine published in France. It was founded by Théophraste Renaudot and published its first edition on 30 May 1631. It progressively became the mouthpiece of one royalist faction, the Legitimists. With the rise of modern news media and specialized and localized newspapers throughout the country in the early 20th century, La Gazette was finally discontinued in 1915. 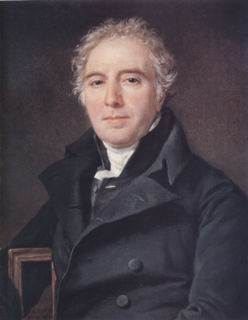 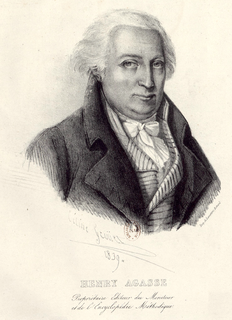 Henri Agasse, was a French publisher and editor, associated with Charles-Joseph Panckoucke. 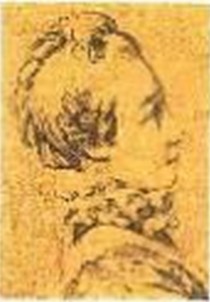 Amélie Suard was a French writer and salonnière. Her letters provide a valuable source of information on life in France before the French Revolution of 1789. The Suards remained loyal to the Bourbon regime and experienced difficulty during the revolutionary years, but resumed their salons in 1800 under Napoleon. 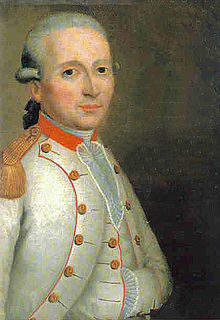