Le mariage aux lanternes (The Wedding by Lantern-Light) is an opérette in one act by Jacques Offenbach. The French libretto was written by Michel Carré and Léon Battu. [1]

It was first performed at the Salle Choiseul, Théâtre des Bouffes Parisiens, Paris, on 10 October 1857. The operetta was a reworking of Le trésor à Mathurin, with words by Battu (1829–57), which had a well-received single performance at the Salle Herz, Paris on 7 May 1853 but was subsequently lost. [2]

The work is in Offenbach's more pastoral and sentimental style rather than the 'bouffonerie' of some of his contemporary stage works. [4]

Place: A village square, with Guillot’s house and a barn with a large tree in front
Time:

A young farmer Guillot has affection for his orphan cousin Denise, who was entrusted to him by their uncle Mathurin. He hides his feelings by treating her roughly, driving the young girl to despair. Both write to their uncle: him for money, her for advice. Two gossiping widows, Catherine and Fanchette, poke fun at the doltishness of Guillot, but when he receives a letter from his uncle telling him about treasure that may be found under the great tree when the evening church bells peal the two women determine to win Guillot's hand.

At the time of the angélus, Denise enters, reading a letter from her uncle which tells her that she will find a good husband underneath the great tree, where she falls asleep. As Guillot arrives with his spade and lantern, he hears her speak his name in her sleep, and understands that she is Mathurin's promised treasure. By the light of the lanterns of villagers, who have also come to inspect the treasure, they agree to wed, much to the chagrin of the two widows.

Bagatelle is a one-act opéra-comique by Jacques Offenbach, with a French libretto by Hector Crémieux and Ernest Blum.

Le violoneux is a one-act operetta by Jacques Offenbach to a French libretto by Eugène Mestépès and Émile Chevalet, first performed in 1855.

Pierre-Antonin-François Grivot was a French singer and actor who enjoyed a long career in Paris, in both operetta and opéra comique. His wife was the actress and singer Laurence Grivot.

Lise Tautin, was a French soprano, associated with the opéra-bouffe in Paris in the middle of the 19th century, particularly the works of Offenbach.

Lischen et Fritzchen is a one-act operetta with music by Jacques Offenbach to a French libretto by ‘P Dubois’, first performed in 1863.

Pomme d'api is a one-act opérette of 1873 by Jacques Offenbach with a French libretto by Ludovic Halévy and William Busnach.

La Créole is an opéra comique in three acts of 1875 with music by Jacques Offenbach. The French libretto was by Albert Millaud, with additional material by Henri Meilhac. It was one of three full-length stage works written almost simultaneously that year, the others being La Boulangère a des écus and Le Voyage dans la lune.

Pierrette et Jacquot is a one-act opérette of 1876 by Jacques Offenbach with a French libretto by Jules Noriac and Philippe Gille.

Une demoiselle en loterie is a one-act 'opérette bouffe' of 1857 with music by Jacques Offenbach. The French libretto was by Adolphe Jaime and Hector Crémieux. 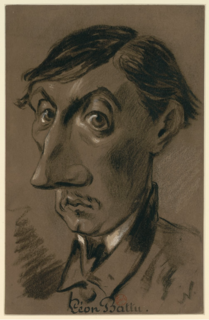 Vent-du-soir ou l'horrible festin is a one-act opérette-bouffe with music by Jacques Offenbach and a libretto by Philippe Gille, which was premiered at the Bouffes-Parisiens Salle Choiseul, on 16 May 1857.

L'alcôve is a one-act opéra comique with music by Jacques Offenbach to a French libretto by Philippe Auguste Pittaud de Forges, Adolphe de Leuven and Eugène Roche, first performed in 1847 and one of the earliest surviving stage works in the composer's long career.