The ministry fell due to internal pressures within the party room, stemming in part from Hal Colebatch's handling as Acting Premier of quarantine regulations arising from the influenza epidemic, with Lefroy and two ministers at one point being stranded in Melbourne for several weeks. A party meeting on their return resulted in Lefroy resigning the leadership and Colebatch being elected leader. He formed the short-lived Colebatch Ministry on 17 April 1919.

The following ministers served for the duration of the Ministry:

1 When National Labor Party member John Scaddan was appointed a Minister, he was required to resign and contest his seat of Brownhill-Ivanhoe in a ministerial by-election. Scaddan lost the by-election held on 21 July 1917 to Labor candidate John Lutey. This was only the second occasion in Western Australia's parliamentary history—the first having been the defeat of half of the Morgans Ministry in December 1901—that a Minister had failed to retain his seat at a ministerial by-election resulting from his appointment. Fellow National Labor member Charles Hudson was appointed in his place.
2 William Thomas failed to win his seat at the 1917 state election and hence was removed from the ministry on 26 September 1917. 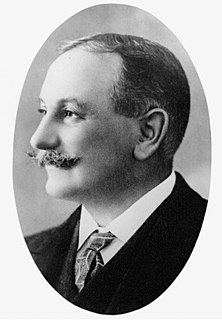 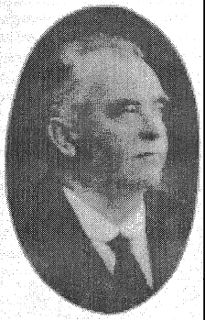 John Thomas Lutey was the Labor Party member for the Western Australian Legislative Assembly seat of Brownhill-Ivanhoe from 1917 to 1932.

This is a list of members of the Western Australian Legislative Assembly between the 1917 election and the 1921 election, together known as the 10th Parliament.

The Scaddan Ministry was the 11th Ministry of the Government of Western Australia and was led by Labor Premier John Scaddan. It succeeded the First Wilson Ministry led by Ministerialist Frank Wilson on 7 October 1911 after the decisive result of the state election held four days earlier, which had produced the State's first majority Labor government.

The Second Wilson Ministry was the 12th Ministry of the Government of Western Australia and was led by Liberal Premier Frank Wilson. It succeeded the Scaddan Ministry on 27 July 1916 after a vote of no confidence passed in the Legislative Assembly, due mainly to the Labor Party losing its one-seat majority through a by-election and a member resigning from the party to become an independent. In early 1917, the Liberal Party was consumed by the Nationalist Party, to whom most of its members pledged their allegiance. Its leader, Sir Henry Lefroy, formed the Lefroy Ministry on 28 June 1917.

The Colebatch Ministry was the 14th Ministry of the Government of Western Australia and was led by Nationalist Premier Hal Colebatch. It succeeded the Lefroy Ministry on 17 April 1919 after Sir Henry Lefroy's resignation as premier. Colebatch, a member of the Legislative Council and the first from that chamber to ever be asked to form a ministry, had the problem of finding a conveniently-located country seat which was not held by the Country Party. Before he could consolidate his leadership, his handling of the "Battle of the Barricades" on the waterfront severely damaged his standing and he stood aside. On 17 May 1919, the First Mitchell Ministry was formed by the Minister for Lands, James Mitchell.

Charles Arthur Hudson was an Australian lawyer and politician who was a member of the Legislative Assembly of Western Australia from 1905 to 1921. He served as a minister in the governments of Henry Lefroy and Hal Colebatch.