Leila Abashidze (Georgian :ლეილა აბაშიძე; August 1, 1929 – April 8, 2018) was a Georgian actress, director and writer. She was Meritorious Artist of Georgia, People's Artist of Georgia, a recipient of Order of the Red Banner of Labour, as well as of awards of European and Asian film festivals, and has her own honorary star in front of Rustaveli cinema on Rustaveli Avenue in Tbilisi, Georgia. During her career she was widely considered as the "Mary Pickford of the USSR" [1] . She is one of the most popular Georgian and Soviet actresses.

In 1951, Abashidze graduated from Rustaveli Theatrical Institute in Tbilisi, Georgia. She worked in the film studio "Georgian film" since 1940 and was a member of the cinematographer's union since 1958.

Abashidze made her screen debut as a child alongside Nato Vachnadze in Kajana (1941), but it was the hit romantic comedy The Dragonfly (1954) which made her popular throughout the Soviet Union and Europe. Then she appeared in another popular comedy The Scrapper (1956). After all that, she was associated with comedies, but this stereotype was destroyed after she starred in the critically acclaimed historical drama Maia Tskneteli (1959). She has had one of her biggest commercial successes with the drama Meeting Past (1966), for which, in 1968, she was awarded on Leningrad Film Festival as a Best Actress. Also she achieved wider fame after her appearance in the tragic drama Khevisberi Gocha (1964) and in one of the most popular romantic comedies Meeting in Mountains (1966).

On April 8, 2018, Abashidze's health conditions got worse and she was sent to the hospital after suffering a stroke: she was pronounced dead on arrival, the cause of death was ruled as an ischemic stroke of the brain.

Tengiz Abuladze was a Georgian film director, screenwriter, theatre teacher and People's Artist of the USSR. He is regarded as one of the best Soviet directors.

Lela Tsurtsumia is a Georgian pop singer and actress. Born and raised in Tbilisi, she graduated in Shota Rustaveli Theatre and Film University. She sings in Georgian, Mingrelian and Laz languages.

Lasha Bugadze is a Georgian novelist and playwright. Among his noteworthy plays are Shocked Tatyana, which satirizes war heroism, and Soldier, Love, Bodyguard and ... the President.

Sophia Chiaureli, professionally known as Sofiko Chiaureli, was a Soviet Georgian actress. Thought to be the muse of filmmaker Sergei Parajanov, she played a significant role in the 20th century Georgian theater and was associated with the country's two most prominent theaters, the Rustaveli Theatre (1964–1968) and Marjanishvili Theatre. 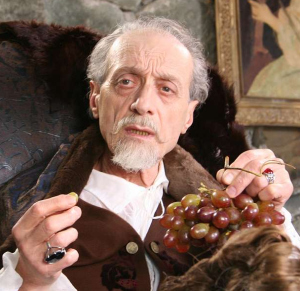 Nodar Mgaloblishvili was a Soviet and Georgian theatrical and cinema actor.

Medea Chakhava was a Georgian theater and film actress.

Dodo Chichinadze was a Georgian film and theater actress. She appeared in a number of Georgian and Soviet era films, including The Suspended Song, Bashi Achuki, The Cricket, and Davit Guramishvili.

Vasil (Vaso) Abashidze was a Georgian theater actor and a founder of a realistic acting tradition in Georgia.

The Chabukiani-Balanchine International Festival of Ballet Art — festival-contest, the first in history of the Georgian ballet, was founded by choreographer, People’s Artist of Georgia Tamaz Vashakidze in 2001.

Ramaz Chkhikvadze was a Georgian film and theater actor. First appearing in the 1954 film The Dragonfly (Chrichina), he starred in over 60 films during his career. He won the award for Best Actor at the 8th Moscow International Film Festival for his role in The Saplings.

Revaz "Rezo" Chkheidze was a Georgian film director, People's Artist of the USSR, best known for his Soviet-era drama films, including his 1964 World War II-themed Father of a Soldier. 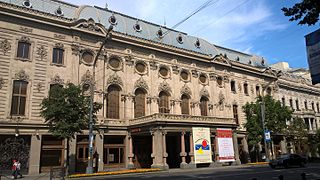 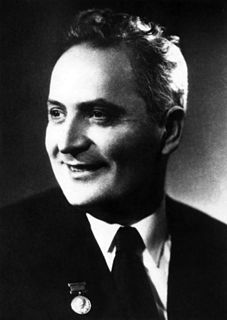 Dimitri Tavadze was a Georgian artist and scenographer.

Elisabed Cherkezishvlili was theater and screen star. Elisabed entered the Tbilisi theatre troupe in 1886. Among her most popular roles were Khanuma (Khanuma), Elisabeth, Tasia, Isakhari ("Betrayal"), Ana Andreevna, and Maia. After the Bolshevik takeover of Georgia, Elisabed worked at the Rustaveli Theatre (19921-24), the Kutaisi Theatre (1924–25), and the Marjanishvili Theatre (1930–48). In 1920-40 Elisabed played a number of memorable roles in Georgian film, including the mother from "Arsena Jorjiashvili", Jupana, Khanuma ("Khanuma"), the mother from "Two Hunters", Kneina, the Tatar woman in "Meeting", the matchmaker from "Zhuzhuna's Dowry", the collective farmer from "Girl from the other Side", and Makari's mother from "Keto and Kote".

Kakhi Kavsadze is a Georgian/Soviet film, television and stage actor.

Nana Mchedlidze was a Soviet and Georgian actress, film director and screenwriter.

Elene Virsaladze, also known as E. B. Virsaladze was a prominent Georgian folklorist known for her extensive writing and fieldwork. Her work has been translated into Russian, French, German, and English.