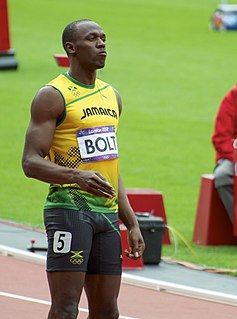 Sprinting is running over a short distance in a limited period of time. It is used in many sports that incorporate running, typically as a way of quickly reaching a target or goal, or avoiding or catching an opponent. Human physiology dictates that a runner's near-top speed cannot be maintained for more than 30–35 seconds due to the depletion of phosphocreatine stores in muscles, and perhaps secondarily to excessive metabolic acidosis as a result of anaerobic glycolysis. 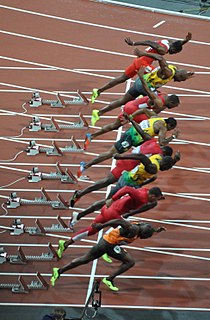 The 100 metres, or 100-metre dash, is a sprint race in track and field competitions. The shortest common outdoor running distance, it is one of the most popular and prestigious events in the sport of athletics. It has been contested at the Summer Olympics since 1896 for men and since 1928 for women. 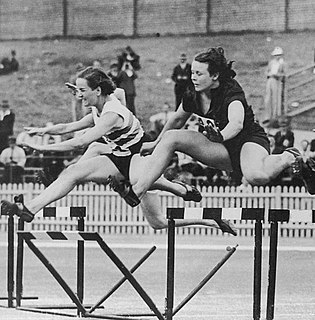 Barbara Hannah Anita Burke was a British and South African sprint runner. She competed for Great Britain in the 1936 Summer Olympics, where she won a silver medal in the 4×100 m relay and placed fourth in a semi-final of the individual 100 m event.

Ruth Augusta Svedberg was a Swedish track and field athlete. She competed at the 1928 Summer Olympics in the 100 m, 4 × 100 m relay and discus throw events and won a bronze medal in the discus, failing to reach the finals in sprint events. Two years later she won the bronze medal in the triathlon at the third Women's World Games. 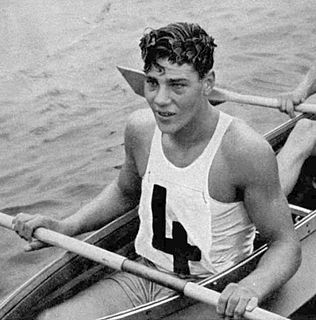 Bror Erik Alvar Bladström was a Swedish sprint canoeist who competed in the late 1930s. He won a gold medal in the folding K-2 10000 m event at the 1936 Summer Olympics, where he was the youngest competitor, aged 18.

Arie Gerrit van Vliet was a Dutch sprint cyclist. Between 1934 and 1957, he won 13 medals at world championships, including four gold medals, and set several world records in sprint events, despite the interruption by World War II. He also won a gold medal in 1000 m time trial and a silver medal in the individual sprint at the 1936 Summer Olympics in Berlin. His Olympic sprint race was obstructed by the winner, German cyclist Toni Merkens, who was however not disqualified, but merely fined for 100 German marks. 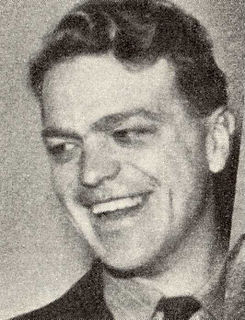 Hans Gustaf Bo Berglund was a Swedish sprint canoeist who competed from the late 1930s to the late 1940s. He won the gold in the K-2 1000 m event at the 1948 Summer Olympics in London.

Lennart Klas Valdemar Klingström was a Swedish sprint canoeist who competed in the late 1940s and early 1950s. He won the gold in the K-2 1000 m event at the 1948 Summer Olympics in London.

Karl-Axel "Kalle" Sundqvist is a Swedish sprint canoeist who competed from the mid-1980s to the early 1990s. Competing in three Summer Olympics, he won a silver medal in the K-2 1000 m event at Barcelona in 1992.

Strandberg is a surname of Swedish origin which may refer to:

Claudia Testoni, was an Italian hurdler, sprinter and long jumper. She was European champion, in 1938, on 80 metres hurdles. She was born in Bologna and died in Cagliari. 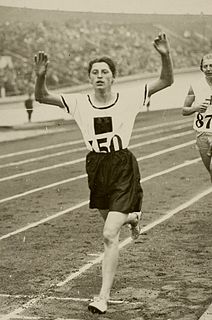 Johan Bertil Karl von Wachenfeldt was a Swedish sprinter who specialized in the 400 m distance. He competed in the 4 × 400 m relay at the 1928 and 1936 Summer Olympics and finished in fourth and fifth place, respectively; in 1936 he failed to reach the final of the individual 400 m event. 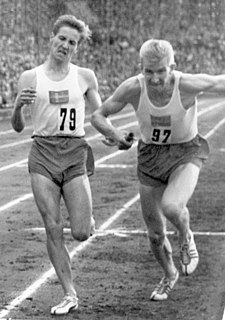 Helge Lennart Jonsson is a retired Swedish sprinter. He competed in the 200 m and 4 × 400 m relay events at the 1960 Summer Olympics, but failed to reach the finals. He won a bronze medal in the relay at the 1958 European Athletics Championships, as well as the national titles in the 400 m (1959) and 4 × 400 m relay. After retiring from competitions he was treasurer of the Swedish Athletics Association for many years.

Erik Lennart Henry Lindgren was a Swedish sprinter who won a silver medal in the 4 × 100 m relay at the 1938 European Championships. He competed in the 100 m and 4 × 100 m events at the 1936 Summer Olympics, but failed to reach the finals.