Lenore Elizabeth Zann MP (born November 22, 1959) is a Canadian actress and politician who has served as the Member of Parliament (MP) for the riding of Cumberland—Colchester in the House of Commons of Canada as a member of the Liberal Party since 2019. Before entering federal politics, she represented the electoral district of Truro-Bible Hill in the Nova Scotia House of Assembly from 2009 until 2019 as a member of the Nova Scotia New Democratic Party and from June 9, 2019 until September 12, 2019 as an Independent.

Zann was born in Sydney, Australia, the daughter of Janice, a high school teacher, and Paul Zann, a professor. [1] Her great-grandfather, named Zaninovich (Zaninović), came to Australia from Croatia. [2]

She emigrated with her parents to Canada in 1968, first to Regina, Saskatchewan, then to Truro, Nova Scotia, and later graduated from Cobequid Educational Centre, a high school in Truro, which was noted for its student musical productions. She attended York University in Toronto where she studied drama, fine arts and political science.

Zann worked as a screen, television, stage, and voice actress, and appeared in numerous television shows, films, radio, and animated series. As an actor, she is best known for providing the voice of Rogue on the 1992 animated television adaptation of the X-Men comic book series.

That fall she started a community campaign to restore a historic former academic building in downtown Truro, the Provincial Normal College, into a cultural centre. She claims to have raised $62,000.00 for a feasibility study following which the four-story, 24,000 sq feet provincially designated Victorian brick building was repurposed to become the centre point of downtown Truro - the town’s new Central Colchester Regional Library, with a skating rink in front during winter months. [4]

During her first four years as a backbencher in the first NDP government in Nova Scotia Zann was appointed Ministerial Assistant for three positions: Culture & Heritage, Environment & Climate Change, and Deputy Premier - unsuccessfully working to reinstate the Nova Scotia Arts Council and improve the Film Tax-Credit for the film & TV industry.

During her 10 years as MLA, she introduced two successful bills. Bill 90 amended the Nova Scotia Provincial Exhibition Commission Act to increase the size of the Board of Directors to ten. Bill 74 changed the name of the new electoral district of Truro–Bible Hill to Truro–Bible Hill–Millbrook–Salmon River.

Each summer she produces and directs a community theatre production for the Truro Theatre Society, which boasts a cast of all ages - including students from local Elementary, Junior and High schools. To date this includes Our Town, The Secret Garden, Alice in Wonderland, Peter Pan, and the very popular free public productions “Shakespeare in Victoria Park”: A Midsummer Night’s Dream, Romeo & Juliet, Hamlet, The Taming of the Shrew, and Macbeth.

On April 8, 2009, Zann successfully ran for the Nova Scotia New Democratic Party nomination in the riding of Truro-Bible Hill. [5] On the same day, an employee of the Liberal Party leaked a topless photo of her to the media from her appearance in The L Word . [6] [7] Zann was elected in the 2009 provincial election [8] [9] and served as the Ministerial Assistant for the Department of Tourism, Culture, and Heritage. [10] She was subsequently re-elected in the 2013 provincial election to represent the reconfigured electoral district, now called Truro-Bible Hill-Millbrook-Salmon River. [11]

In that election the NDP was reduced to seven seats in the Legislature and third party status. Zann served as the NDP critic for Aboriginal Affairs, Community Culture and Heritage, Community Services, Education, Human Rights Commission/Status of Women, and Seniors and Disabled. [12]

Zann has also taken a lead position in regard to environmental racism and has introduced Bill-111, the Environmental Racism Prevention Act, to address this issue in Nova Scotia. [13]

On June 12, 2015, Zann announced her bid for the leadership of the Nova Scotia New Democratic Party. [14] On February 27, 2016, Zann was defeated in her leadership bid, losing to Gary Burrill on the second ballot. [15]

On June 9, 2019, Zann announced she would seek the Liberal nomination to succeed retiring Liberal MP Bill Casey in Cumberland—Colchester for the 2019 federal election. [16] She sat as an independent member in Nova Scotia's legislature as she sought the nomination. [17] Zann won the federal Liberal nomination on July 27, 2019, defeating three other candidates including Bill Casey's constituency assistant. [18] She resigned her seat on September 12. [19] 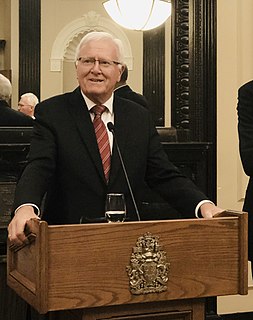 William D. Casey is a Canadian politician from Nova Scotia who served as a Member of Parliament (MP) in the House of Commons of Canada. First elected as a Progressive Conservative in 1988, he later sat as Conservative MP following the party merger in 2003. In 2007, Casey was expelled from the party for voting against the 2007 budget, but he was reelected as an Independent in the 2008 election and sat as such until he resigned his seat in 2009 to work on behalf of the Nova Scotian government for provincial interests in Ottawa. Casey decided to return to federal politics in the 2015 federal election and running as a Liberal easily took the seat with 63.73% of the popular vote.

Cumberland—Colchester is a federal electoral district in Nova Scotia, Canada, that has been represented in the House of Commons of Canada since 2004. 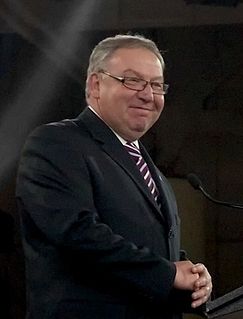 Darrell Elvin Dexter is a Canadian lawyer, journalist and former naval officer who served as the 27th Premier of Nova Scotia from 2009 to 2013. A member of the Nova Scotia New Democratic Party, he served as party leader from 2001 to 2013. He became Premier in 2009 after his party defeated the governing Progressive Conservative Party, leading the first NDP government in Atlantic Canada and the second east of Manitoba. His government was defeated in the 2013 election, becoming the first Nova Scotia government in 131 years to be denied a second mandate; Dexter himself was defeated in his constituency by 21 votes. Dexter now serves as a lobbyist for the cannabis industry.

Jamie Muir is a Canadian educator and politician. He represented the electoral district of Truro-Bible Hill in the Nova Scotia House of Assembly from 1998 to 2009. He was a member of the Progressive Conservative Party of Nova Scotia.

The 2007 Nova Scotia Liberal Party leadership election was held on April 27, 2007 at the Dartmouth Sportsplex, following the resignation of Francis MacKenzie, shortly after failing to win a seat in the 2006 election. This was the third leadership convention for the Liberals since 2002. In addition to the leadership convention, the party will hold its Annual General Meeting including the election of officers, adoption of policies, and potential constitutional amendments. It was won by Annapolis MLA Stephen McNeil.

Karen Lynn Casey is a Canadian politician who represents the electoral district of Colchester North in the Nova Scotia House of Assembly as a member of the Liberal caucus. 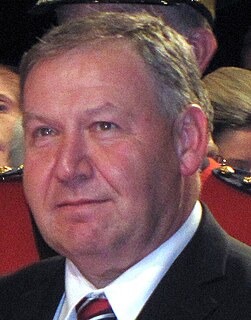 The 2009 Nova Scotia general election was held on June 9, 2009 to elect members of the 61st House of Assembly of the Province of Nova Scotia, Canada. The government was defeated on a money bill on May 4, and the Nova Scotia House of Assembly was dissolved by Lieutenant Governor Mayann Francis on May 5. thereby triggering an election. The NDP won a majority government, forming government the first time in the province's history, and for the first time in an Atlantic Canadian province. The governing Progressive Conservatives were reduced to third place.

Eleanor Elizabeth Tucker Norrie is a former teacher, restaurant owner and politician in Nova Scotia, Canada. She represented Truro-Bible Hill in the Nova Scotia House of Assembly from 1993 to 1998 as a Liberal member.

Kelly Maureen Regan MLA is a Canadian politician who has served in the Nova Scotia House of Assembly since 2009, most recently as the MLA for Bedford. She was first elected as the Member for Bedford-Birch Cove. Since is a member of the Nova Scotia Liberal Party.

Denise J. Peterson-Rafuse is a Canadian politician, who represented the electoral district of Chester-St. Margaret's in the Nova Scotia House of Assembly from 2009-2017 as a member of the Nova Scotia New Democratic Party. 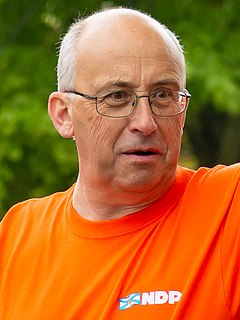 Gary Clayton Burrill is a Canadian politician and the leader of the Nova Scotia New Democratic Party. 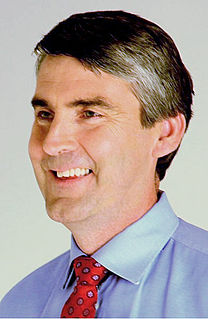 The 2013 Nova Scotia general election, was held on October 8, 2013, to elect members to the Nova Scotia House of Assembly.

The 2017 Nova Scotia general election, was held on May 30, 2017, to elect members to the Nova Scotia House of Assembly.

The election for the leadership of the Nova Scotia New Democratic Party was triggered on November 16, 2013 following Darrell Dexter's resignation after losing the seat he contested in the 2013 election. The party will announce its new leader on February 27, 2016, following a one-member one-vote election held during a convention at the Holiday Inn Harbourview in Dartmouth.

The 41st Nova Scotia general election will be held when the provincial government passes "an Order in Council calling an election" to elect members to the Nova Scotia House of Assembly. The Nova Scotia Elections Act does not provide for fixed election dates, however the House of Assembly Act requires that no assembly may continue for longer than five years and forty days after the issuing of writs for the previous election and section 4 of the Canadian Charter of Rights and Freedoms limits the terms of all provincial legislative assemblies to five years from the date fixed for the return of the writs for the previous election. This makes an election likely for 2022, but the House of Assembly may be dissolved by the lieutenant governor of Nova Scotia due to a motion of no confidence or if the premier requests a snap election. 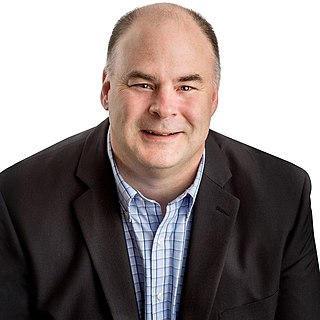 David Mark Ritcey is a Canadian politician, who was elected to the Nova Scotia House of Assembly in a by-election on March 10, 2020. A member of the Progressive Conservative Association of Nova Scotia, he represents the electoral district of Truro-Bible Hill-Millbrook-Salmon River. He has had many years of hockey coaching experience and is a former interim president of the Maritime Junior Hockey League. His grandfather, Gerald Ritcey, had been a MLA for Colchester, parts of which became the current riding, from 1968 to 1974.