Leslie Earl Robertson (born February 12, 1928) is an American engineer. He was the lead structural engineer of the Twin Towers of the original World Trade Center in New York City. [1] He has since been structural engineer on numerous other projects, including the Shanghai World Financial Center and the Bank of China Tower in Hong Kong.

Robertson studied civil engineering at University of California, Berkeley, and received a BSc degree in 1952.

Robertson's engineering career began in 1952, when he joined Kaiser Engineering. In 1958 he joined the Seattle structural and civil engineering firm Worthington and Skilling. As an "up-and-coming engineer",[ citation needed ] Robertson was selected by Worthington, Skilling, Helle, and Jackson (WSHJ) to participate in the design of the World Trade Center Twin Towers (1966–1971), his first high rise construction. [2] In 1967 Robertson was made a partner and WSHJ was renamed Skilling, Helle, Christiansen, Robertson. The firm split its operations in 1982, with Robertson renaming the East Coast office Leslie E. Robertson Associates RLLP [3]

Since the collapse of the World Trade Center in 2001, debates about the safety of rent-space-maximized designs have engaged the profession, but most would agree that the design of the World Trade Center actually withstood the impact of the plane with enough time to allow many thousands of occupants to evacuate safely. [4] Robertson's firm later participated in the development of a database of basic structural information for the towers of the World Trade Center (WTC1 and 2) for NIST and FEMA, [5] and to record the undocumented structural changes that had been made to the buildings after construction began.

Robertson has been married for several decades to SawTeen See, an engineer who also has served as business manager of their architectural engineering practice, Leslie E. Robertson Associates (LERA). [6]

A skyscraper is a continuously habitable high-rise building that has over 40 floors and is taller than approximately 150 m (492 ft). Historically, the term first referred to buildings with 10 to 20 floors in the 1880s. The definition shifted with advancing construction technology during the 20th century. Skyscrapers may host offices, residential spaces, and retail spaces. For buildings above a height of 300 m (984 ft), the term supertall skyscrapers can be used, while skyscrapers reaching beyond 600 m (1,969 ft) are classified as megatall skyscrapers.

Structural engineers analyse, design, plan, and research structural components and structural systems to achieve design goals and ensure the safety and comfort of users or occupants. Their work takes account mainly of safety, technical, economic and environmental concerns, but they may also consider aesthetic and social factors.

Tung-Yen Lin was a Chinese-born American structural engineer who was the pioneer of standardizing the use of prestressed concrete. 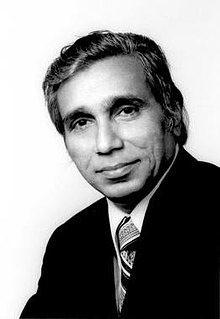 Fazlur Rahman Khan was a Bangladeshi-American structural engineer and architect, who initiated important structural systems for skyscrapers. Considered the "father of tubular designs" for high-rises, Khan was also a pioneer in computer-aided design (CAD). He was the structural engineer of the Sears Tower working with Architect Bruce Graham, since renamed Willis Tower, the tallest building in the world from 1973 until 1998, and the 100-story John Hancock Center.

Arup is a multinational professional services firm headquartered in London which provides engineering, architecture, design, planning, project management and consulting services for all aspects of the built environment. Founded by Sir Ove Arup in 1946, the firm has over 14,000 staff based in 92 offices across 35 countries around the world. Arup has participated in projects in over 160 countries.

Sir Henry Charles Husband, often known as H. C. Husband, was a leading British civil and consulting engineer from Sheffield, England, who designed bridges and other major civil engineering works. He is particularly known for his work on the Jodrell Bank radio telescopes; the first of these was the largest fully steerable radio telescope in the world on its completion in 1957. Other projects he was involved in designing include the Goonhilly Satellite Earth Station's aerials, one of the earliest telecobalt radiotherapy units, Sri Lanka's tallest building, and the rebuilding of Robert Stephenson's Britannia Bridge after a fire. He won the Royal Society's Royal Medal and the Wilhelm Exner Medal.

Dr. W. Gene Corley, P.E. was an American structural engineer and "preeminent expert on building collapse investigations and building codes." Corley was the Senior Vice President of CTLGroup from 1987 to 2013, where he led structural engineering projects, including numerous evaluations of buildings and structures damaged by earthquake, explosions, and from terrorist attacks. He led the investigation of structural performance of the Murrah Building following the Oklahoma City bombing in 1995, and the World Trade Center Building Performance Study in 2001-2002 following the September 11, 2001 attacks. He died on March 1, 2013. He was 77.

In structural engineering, the tube is a system where, to resist lateral loads, a building is designed to act like a hollow cylinder, cantilevered perpendicular to the ground. This system was introduced by Fazlur Rahman Khan while at the architectural firm Skidmore, Owings & Merrill (SOM), in their Chicago office. The first example of the tube’s use is the 43-story Khan-designed DeWitt-Chestnut Apartment Building, since renamed Plaza on DeWitt, in Chicago, Illinois, finished in 1966.

Michael John Glover, OBE, FREng, is a British Engineer and a director of Arup and technical director of 'Rail Link Engineering'. 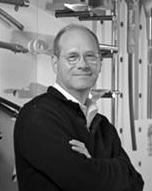 Lawrence C. Bank is the Associate Provost for Research at The City College of New York and a Professor in the Department of Civil Engineering at the Grove School of Engineering. He is a registered Professional Engineer in the State of Wisconsin and the District of Columbia. He is a Fellow of the American Society of Civil Engineers, as well as a Fellow and currently President of the International Institute for FRP Composites in Construction. Prior to joining CCNY, Dr. Bank was on the faculty of the University of Wisconsin–Madison, the Catholic University of America and Rensselaer Polytechnic Institute. He has worked as a structural engineer for Leslie E. Robertson and Associates in New York City and as a consultant for the composite materials industry.

Dan Mircea Frangopol is an American civil engineer and the inaugural holder of the Fazlur R. Khan Endowed Chair of Structural Engineering and Architecture at Lehigh University, Bethlehem, Pennsylvania.

AKT II is a London based firm of structural and civil engineering consultants. It was founded as Adams Kara Taylor in 1996 by Hanif Kara, Albert Williamson-Taylor and Robin Adams. Now numbering over 350 employees, it is one of the largest structural engineers in London.

Dr. Lynn S. Beedle was an American structural engineer, the founder and the director of the Council on Tall Buildings and Urban Habitat, notable also for his design and building of skyscrapers. The New York Times called him "an expert on tall buildings". Beedle is also credited with making Lehigh University a center of research for civil and structural engineering because of his "groundbreaking studies on the properties of steel structures". Beedle was elected to the National Academy of Engineering in 1972 “for contributions to steel structures research and design practice, especially plastic design and residual stress effects.” The Council on Tall Buildings and Urban Habitat honored Beedle with creation of the Lynn S. Beedle Achievement Award. Beedle was a recipient of a lifetime achievement award from the American Society of Civil Engineers. He also received Franklin Institute’s Frank P. Brown Medal, as well as the John Fritz Medal, the Berkeley Engineering Alumni Society Distinguished Engineering Alumnus Award, and was named Distinguished Professor of Civil Engineering by Lehigh University.

Clyde N. Baker Jr. is an American geotechnical engineer who has received awards for his work to design advanced foundations supporting tall structures. He is a member of the National Academy of Engineering. In 2008, he received the Award of Excellence from Engineering News-Record.

Ahsan Kareem is the Robert M. Moran Professor of Engineering in the Department of Civil & Environmental Engineering and Earth Sciences (CEEES) at the University of Notre Dame. He is Director of the Nathaz Modeling Laboratory and served as the past Chair at the Department of CEEES at the University of Notre Dame. He currently serves as the President of the International Association for Wind Engineering. He was also the former President of the American Association for Wind Engineering. His fundamental contributions to aerodynamics and aeroelasticity has led to advances in the analysis, design and performance assessment of tall buildings and long span bridges. He has conducted from wind tunnel modeling to stochastic and CFD based simulations and finally to the full-scale monitoring of some of the signature buildings around the world including more recently Burj Khalifa. It utilizes a novel “SmartSync” system featuring “Internet-of-Things” (IoT) concept with built in layers of intelligence for data management and analysis. He has advanced models for damping in tall buildings and motion mitigation devices like tuned liquid dampers from design, prototype testing to post installation monitoring in buildings in the US and in the Pacific-rim. His contributions towards database assisted design through a web-portal recommended in ASCE 7 is used worldwide for designing tall buildings. More recently, his group has embarked on shape optimization of tall buildings based on CFD with embedded topology optimization to configure efficient and optimal structural system for super tall buildings and long span bridges. This work through sensing, computational intelligence and control and actuation technologies is leading to the development of autonomously morphing structures like long span bridge decks and tall buildings.