Born in Orillia,Ontario,he was the son of William Sword Frost and Margaret Jane Barker. [3] His father was a jeweller and mayor of Orillia;his mother was an important figure in the early days of The Salvation Army. He attended the University of Toronto and Osgoode Hall Law School. [4] During World War I,he was an officer with "C"Company 157th Battalion (Simcoe Foresters),CEF,and served with the 20th Battalion,Queen's York Rangers in France and Belgium. In 1918,after being wounded,he was discharged with the rank of Captain. [5] He was called to the Bar in 1921.

In 1926,he married Gertrude Jane Carew. They had no children. The couple lived in Lindsay,Ontario,but Frost preferred his property at Pleasant Point on Sturgeon Lake north of Lindsay. When Frost and his brother,Cecil Gray Frost,first moved to Lindsay to establish a law practice,they rented a building at Pleasant Point that had been the community store and commuted to town by steamer. Frost bought the property in 1925 and,in about 1950,bought adjacent property where he built the winterized log cabin that was his refuge while he was premier and in retirement.

In 1937,he was first elected to the Ontario legislature and thereafter never lost an election. He was the Treasurer of Ontario and Minister of Mines from 1943 to 1955. Frost was chosen as leader of the Ontario Progressive Conservative Party (the "Tories") following Premier George Drew's decision to enter federal politics.

Dubbed "The Old Man Ontario" and "The Laird of Lindsay",Frost led the province during the economic boom of the 1950s. [6] His low-key approach garnered him the nickname "The Great Tranquilizer". [7] Combining small-town values with progressive policies,he took the Tories through three successive electoral victories winning majority governments in 1951,1955 and 1959. [8]

Frost's government also attempted to wrest control of the income tax from the federal government,but failed,resulting in the introduction of a provincial sales tax. The Frost government introduced public hospital insurance to the province which would be expanded by his successors to become the modern OHIP system of medicare.

Frost's government oversaw substantial expansion in public services [9] and substantially increased public investment in the economy, [10] as well as through strong fiscal policies. [11]

Under Frost,the number of universities in Ontario increased from four to twelve. As finance minister in 1943,the total provincial investment in education was just over $13 million. Upon his retirement in 1961,the education budget for Ontario was $250 million. [4]

Frost's government oversaw great expansion in the role of government. Under his leadership,Ontario greatly expanded its schools,highways and hospitals. [13] Under his leadership Ontario created the 400 series of superhighways,most notably the Macdonald-Cartier Freeway better known as Highway 401.

Frost's government oversaw the federation of the old City of Toronto with twelve surrounding municipalities to become Metropolitan Toronto.

Upon retirement from politics,Frost served on the Board of Governors of the University of Toronto. As well,he was a member of the Board of Directors of the Bank of Montreal,KVP,Canada Life,and Trans Canada Air. Between 1954 and 1969 he also served as Vice-President of the Champlain Society and as its Honorary Vice-President from 1969 to 1973. [16] He served as Chancellor of Trent University from 1967 to 1973. In retirement,he continued his interest in the outdoors. Near the end of his life,he undertook for the government of Ontario an exhaustive investigation of the state and potential of Algonquin Provincial Park. [17] In the last interview he gave,just before he died,to the Toronto Star,he declared:"I am an environmentalist."

Frost was an excellent amateur historian. His book Fighting Men covered the history of the 35th Regiment of Simcoe Foresters from Orillia,Ontario in the context of the First World War. Within that he connects the Canadian home front to the war front in France,and connects the events within the regiment to the bigger picture of the war and Canada's subsequent role in world affairs. [18] His Forgotten Pathways of the Trent (published just after he died) challenged historians' previous conclusions about Indian trade and warfare routes in southern Ontario. He was an avid U.S. Civil War buff and kept on the mantelpiece in his large library a piece of wood that was supposed to have come from Abraham Lincoln's original log cabin.

In 1969,he was made a Companion of the Order of Canada,Canada's highest civilian honour. [19]

Various places across Ontario are named for Frost: 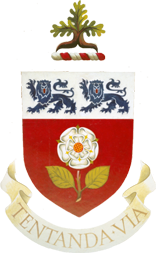 York University, also known as YorkU or simply YU, is a public research university in Toronto, Ontario, Canada. It is Canada's fourth-largest university, and it has approximately 55,700 students, 7,000 faculty and staff, and over 325,000 alumni worldwide. It has 11 faculties, including the Faculty of Liberal Arts and Professional Studies, Faculty of Science, Lassonde School of Engineering, Schulich School of Business, Osgoode Hall Law School, Glendon College, Faculty of Education, Faculty of Health, Faculty of Environmental and Urban Change, Faculty of Graduate Studies, School of the Arts, Media, Performance and Design, and 28 research centres.

John Parmenter Robarts was a Canadian lawyer and politician who served as the 17th premier of Ontario from 1961 to 1971. He was a member of the Progressive Conservative Party of Ontario.

Orillia is a city in Ontario, Canada. It is in Simcoe County between Lake Couchiching and Lake Simcoe. Although it is geographically located within Simcoe County, the city is a single-tier municipality. It is part of the Huronia region of Central Ontario. The population in 2021 was 33,411.

Ernest Larry Eves is a Canadian lawyer and former politician who served as the 23rd premier of Ontario from 2002 to 2003. A Progressive Conservative, he took over the premiership upon Mike Harris's resignation as party leader, but the party was defeated in the 2003 election by the Liberals, under Dalton McGuinty. 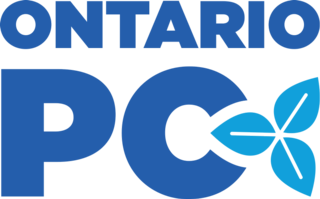 The Progressive Conservative Party of Ontario, often shortened to the Ontario PC Party or simply the PCs, colloquially known as the Tories, is a centre-right political party in Ontario, Canada.

The Ontario New Democratic Party is a social-democratic political party in Ontario, Canada. The Ontario NDP, led by Andrea Horwath since March 2009, currently forms the Official Opposition in Ontario following the 2018 general election. It is a provincial section of the federal New Democratic Party. It was formed in October 1961 from the Co-operative Commonwealth Federation and the Ontario Federation of Labour (OFL). 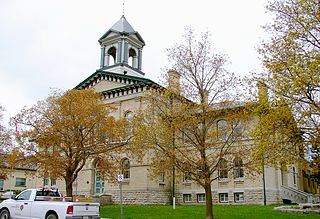 William Grenville Davis, was a Canadian politician who served as the 18th premier of Ontario from 1971 to 1985. Davis was first elected as the member of provincial Parliament for Peel in the 1959 provincial election where he was a backbencher in the Conservative caucus led by Premier Leslie Frost. 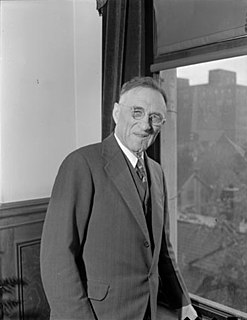 Thomas Laird Kennedy was a politician in Ontario, Canada, and served briefly as the 15th premier of Ontario, from 1948 to 1949. He was first elected as the Conservative member for Peel in the 1919 provincial election. He had been a longtime resident of Streetsville, Ontario, where he was master of River Park Masonic Lodge in 1908 and 1909.

Donald Cameron MacDonald was a long time Canadian politician and political party leader and had been referred to as the "Best premier Ontario never had." He represented the provincial riding of York South in the Legislative Assembly of Ontario from 1955 to 1982. From 1953 to 1970 he was the leader of the social democratic Co-operative Commonwealth Federation and its successor, the Ontario New Democratic Party.

John Joseph Wintermeyer was a politician in Ontario, Canada. He was a Liberal member of the Legislative Assembly of Ontario from 1955 to 1963 who represented the riding of Waterloo North. From 1958 to 1963 he served as leader of the Liberal party.

Matthew Bulloch Dymond, was a politician in Ontario, Canada. He was a Progressive Conservative member of the Legislative Assembly of Ontario from 1955 to 1975 who represented the riding of Ontario. He served as a cabinet minister in the governments of Leslie Frost and John Robarts.

Timothy Patrick Hudak is a former politician in Ontario, Canada. He was a Progressive Conservative member of the Legislative Assembly of Ontario from 1995 to 2016. He successively represented the ridings of Niagara South, Erie—Lincoln, and then Niagara West—Glanbrook. He served as a cabinet minister in the governments of Mike Harris and Ernie Eves. From 2009 to 2014, he was the leader of the Progressive Conservative Party of Ontario. Following the party's second loss under his leadership in the 2014 provincial election, he resigned as leader and was succeeded by interim leader Jim Wilson. After resigning his seat in the Ontario legislature in September 2016, Hudak became the Chief Executive Officer of the Ontario Real Estate Association (OREA), which has its headquarters in Toronto.

John Howard White was a Progressive Conservative cabinet minister in Ontario, Canada, and Member of Provincial Parliament for London South from 1959 to 1975. He served as provincial treasurer from January 1973 to January 1975.

A leadership election was held by the Progressive Conservative Party of Ontario on April 27, 1949 to replace retiring leader and premier George Drew who had resigned after losing his seat in the 1948 provincial election and deciding to enter federal politics. The interim leader of the party was Thomas Laird Kennedy. The party selected Leslie Frost on the first ballot.

Andrew Miscampbell was an Ontario political figure. He represented Simcoe East from 1890 to 1902 and Sault Ste. Marie from 1902 to 1903 as a Conservative member of the Legislative Assembly of Ontario.

Doug Downey is a Canadian politician who was elected to the Legislative Assembly of Ontario during the 2018 general election. He represents the riding of Barrie—Springwater—Oro-Medonte, and is a member of the Progressive Conservative Party of Ontario. Downey was named Parliamentary Assistant to Finance Minister Vic Fedeli shortly after the government was sworn in. He was appointed to the Standing Committee on Finance and Economic Affairs on July 26, 2018, vice-chair of the Select Committee on Financial Transparency on October 3, 2018; deputy government whip on November 5, 2018 and Attorney General on June 20, 2019.