Lexicon Mediae et Infimae Latinitatis Polonorum (Polish Słownik łaciny średniowiecznej w Polsce) is the most comprehensive dictionary of the Latin language as was used in Poland from the 10th to the middle of the 16th century. Administratively, the dictionary belongs to the Institute of the Polish Language, Cracow, which is incorporated in the Polish Academy of Sciences.

As with similar dictionaries in other European countries, the origins of the Lexicon Mediae et Infimae Latinitatis Polonorum date from a project launched through the Union Académique Internationale in 1920, which aimed to compile a great common dictionary of Medieval Latin based on excerpts from the different national sources. Since the initiative at that time was not fully possible to be accomplished and caused many technical problems, it eventually resulted in the establishment of a number of separate, national dictionaries after suggestions given by Dr Plezia. [1] In Poland, preparatory work started immediately (under the auspices of the Polish Academy of Learning), and the majority of the excerpts were collected in the years 1924–1939. Subsequently, due to the outbreak of the Second World War, progress on the dictionary was impeded for some years.

The first fascicle was published only in 1953, under the direction of the late Prof. Marian Plezia (1917–1996), longstanding editor of the Lexicon until his retirement in 1988. [2] Prof. Krystyna Weyssenhoff–Brozkowa (1934–2007) was appointed as his successor, and performed the function until 2005, when Michał Rzepiela was appointed editor. The editorial team numbers six persons.

Since 1953, seventy fascicles have been published, making it seven volumes completed to date (A–Q) plus most of the eighth volume (as of 2011, R–Sto). [3]

Bolesław III Wrymouth, was a Duke of Lesser Poland, Silesia and Sandomierz between 1102 and 1107 and over the whole Poland between 1107 and 1138. He was the only child of Prince Władysław I Herman and his first wife Judith, daughter of Vratislaus II of Bohemia. 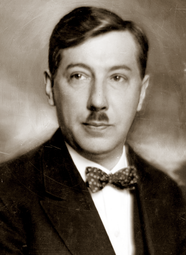 Eugeniusz Kwiatkowski was a Polish politician and economist, Deputy Prime Minister of Poland, government minister and manager of the Second Polish Republic. 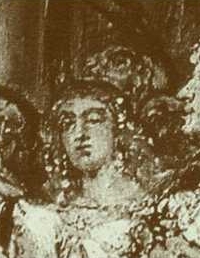 Jerzy Kuryłowicz was a Polish linguist who studied Indo-European languages.

Franciszek Bohomolec Bogoria Coat of Arms was a Polish dramatist, linguist, and theatrical reformer who was one of the principal playwrights of the Polish Enlightenment.

Roman Grodecki was a Polish economic historian, a professor at the Jagiellonian University in Kraków, and a member of the Polish Academy of Arts and Sciences.

Michał Weinzieher was a Polish art historian and art critic, museologist, and separately also a writer on constitutional law. He also published several pieces of travel reportage from France, England, and the Soviet Union.

Borzysław I was the Archbishop of Gniezno from 1316 to 1317. Neither the date nor place of his birth are known and little is known about his origins, career or his short Episcopacy. 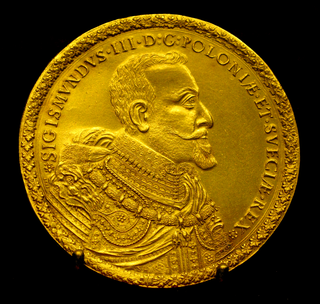 Red złoty refers to circulating gold coins minted in the Kingdom of Poland from 1526 to 1831. Whereas złoty "(adj.) gold(en)" could simply refer to the colour, czerwony (red) specified the material as gold.

The Wielkopolska Chronicle is an anonymous medieval chronicle describing supposed history of Poland from legendary times up to the year 1273. It was written in Latin at the end of the 13th or the beginning of the 14th century. 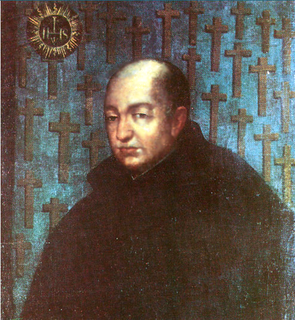 Waleria Tarnowska was a Polish patron of the arts and painter in her own right, known for miniatures, numerous portraits, religious paintings and drawings.

Stefan Aleksander Potocki, the Polish nobleman, Voievoda of Belz, with 2-d wife Joanna Sieniawska was founders of Basilian monastery in Buchach (UGCC) in Lublin on December 7, 1712. Owner of the Buchach castle.

Count Xavier Branicki, born 26 October 1816 in Warsaw, Poland, died 20 November 1879 in Assiut, Khedivate of Egypt, was a Polish nobleman, political exile and landowner who took French nationality. He became a political writer, financier, art collector and philanthropist. He was the owner and restorer of the Château de Montrésor and estate in France. He was descended from a powerful magnate family with immense land holdings in the Duchy of Lithuania and in Ukraine, partly as a result, it is said, of a family connection with Catherine the Great. He was a member of the close circle of Napoleon III. He was a co-founder of the Crédit Foncier de France, a bank that continues to this day.

Tadeusz Brodowski was a Polish painter; primarily known for scenes with horses.