Libert may refer to:

Bishop Stephen Peter Alencastre, SS.CC., was a Roman Catholic bishop who served as the fifth and last Vicar Apostolic of the Vicariate Apostolic of the Hawaiian Islands. He was also an apparent titular bishop of Arabissus.

Saint Anthony Catholic Church in Honolulu is a parish in the West Honolulu Vicariate Forane of the Roman Catholic Diocese of Honolulu.

Liberté may refer to:

Liebert may refer to:

Reginaldus Libert was a French composer of the early Renaissance. He was a minor member of the Burgundian School, a contemporary of Guillaume Dufay, and one of the first to use fauxbourdon in a mass setting.

Clement Liebert was a Franco-Flemish singer and composer of the early Renaissance, active in Rome and at the Burgundian court.

Saint Lietbertus of Brakel was bishop of Cambrai from 31 March 1051 to 28 September 1076. Liebertus was born to the Brabantian nobility at Opbrakel. He served as archdeacon and provost of the cathedral of Cambrai before his election as bishop. 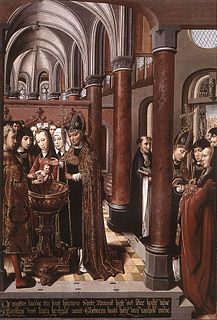 Libert of Sint-Truiden was a Belgian saint. Born as Count Libert of Adone in Mechelen, he was baptized and educated by Saint Rumoldus. Libert became a Benedictine monk.

Libert Froidmont a son of Gerard Libert de Froidmont and Marguerite Radoux, was a Liégeois theologian and scientist. He was a close companion to Cornelius Jansen and corresponded with René Descartes.

Lebert is a surname. Notable people with the surname include: 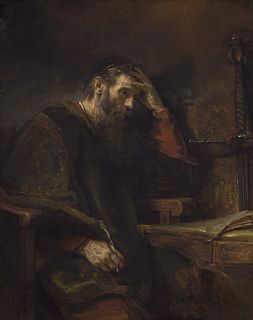 An apostle, in its most literal sense, is an emissary, from Greek ἀπόστολος (apóstolos), literally "one who is sent off", from the verb ἀποστέλλειν (apostéllein), "to send off". The purpose of such sending off is usually to convey a message, and thus "messenger" is a common alternative translation; other common translations include "ambassador" and "envoy".

Apostle, an anglicization of the Greek ἀπόστολος (apóstolos), refers to a messenger or ambassador.

Marie-Anne Libert, was a Belgian botanist and mycologist. She was one of the first women plant pathologists. She is sometimes referred to as "Anne-Marie Libert."

Sacred Heart Church-Punahou is located at 1701 Wilder Avenue, in Honolulu, in the U.S. state of Hawaii. The church was dedicated in 1914, and its adjacent Bachelot Hall was dedicated in 1923. The property's rectory was built in 1927. It was added to the National Register of Historic Places listings on February 6, 2001.

Toine is a Dutch given name and a nickname with both masculine and feminine uses. It is a short form of Antoine and a diminutive form of Antonius, Anton, Antoon, Anthonis, Anthoon, Antonie, and Antonis used in Belgium, Netherlands, Suriname, South Africa, Namibia, and Indonesia. Notable people with this name include the following: