Lim Giong's music career began in 1990 with the release of his first album, Marching Forward. At the time, he was associated with the genre known as New Taiwanese Song and gave rousing performances of folk-pop songs (mainly sung in Taiwanese Hokkien), such as "A Soundless Place" from the soundtrack of Dust of Angels. From his third album onwards (Entertainment World, recorded in England in 1993), his compositions, inspired by Taiwanese traditional music, became increasingly infused with electronic music and evolved from drum and bass, break beat, ambient and electronica towards more experimental and freestyle work. This trend continued with his next two albums: China Fun (2002) and Folk Paradise (2003).

Having studied acting and after appearing in films as an actor, he became the favorite composer of Hou Hsiao-hsien, for whom he wrote the music of Goodbye South, Goodbye and Millennium Mambo . From these experiences, he developed an original perspective in the interaction between sound and image in a form called "Stereo Picture" (立體音畫, sometimes translated as "Three Dimensional Sound Picture"). His album Insects Awaken was released in 2005 in Europe on a French label (MK2.) and, a few months later, in Taiwan on the Taiwanese label EWise Digital Multimedia Corp. He was invited to perform music from this album for an outdoor event at the 2005 Cannes Film Festival, with images of the National Palace Museum's collection. This album won the award of Best Crossover Album at the 17th Golden Melody Awards in 2006. He also produced the music for a special 90 seconds commercial film commissioned to celebrate the 80th anniversary of the National Palace Museum, in October 2005. This short film won the gold award at the American Association of Museums' 2006 Muse Award. He also participates in the activities of the Creative Commons in Taiwan.

As narrator of documentary films

L.A. Boyz was a Taiwanese pop/rap group composed of brothers Jeff Huang and Stanley Huang, and their cousin Steven Lin (林智文) formed circa 1991. They are considered to be the first rap group in Taiwanese popular music. They released 13 albums starting from their first "SHIAM! 閃" in 1992.

Goodbye South, Goodbye is a 1996 crime drama film directed by Hou Hsiao-hsien. The film had its premiere at the Cannes Film Festival on 12 May 1996.

Mayday is a Taiwanese band that debuted in 1999 with five members, Monster, Ashin (vocal), Stone, Masa (bass) and Kuan-you (drums). 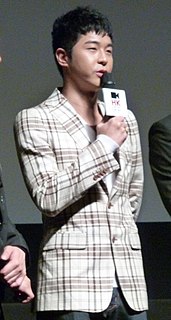 Jim Lee is a record producer, composer and arranger, musician, recording and live audio engineer in Taiwan, Hong Kong and China. He has earned numerous awards during his 30 plus years in the business. He has worked as A&R manager for various international record labels, as well as an independent producer, engineer, musician and composer throughout his career.

Shin is a Taiwanese musician, actor and singer-songwriter. He is known as the former lead singer of the band Shin and a Golden Melody Awards nominee for Best Mandarin Male Singer. 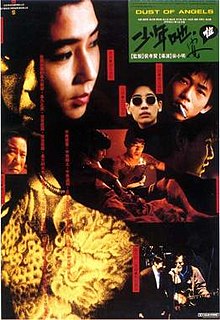 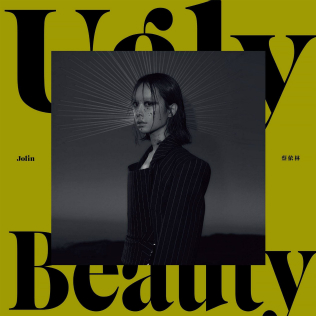 2gether 4ever Concert Live is the fourth live album by the Taiwanese Mandopop girl group S.H.E. It was released on August 8, 2014. The live album recorded the Taipei stop of their "2gether 4ever World Tour". It also includes a bonus DVD of behind the scenes.