The Limerick Institute of Technology (or simply LIT; Irish: Institiúid Teicneolaíochta Luimneach) is an institution of higher education located in Limerick, Ireland and one of 14 member institutions of the Technological Higher Education Association (THEA). The institute has campuses in Limerick, and in both Thurles and Clonmel in County Tipperary, and a regional learning centre in Ennis, County Clare. The main campus is located at Moylish Park adjacent to Thomond Park and houses the Faculty of Applied Science, Engineering and Technology and the School of Business and Humanities. The School of Art & Design is located at the Clare Street and Clonmel campuses.

LIT offers courses at level 6 (certificate) through to level 10 (PhD) whilst also catering for craft apprentices and adult and continuing education. The institute has twice been named as The Sunday Times Institute of Technology of the Year in The Sunday Times University Guide, firstly in 2008 [1] and again in 2013. [2]

LIT traces its roots back to the 1852 foundation of the School of Ornamental Art on Leamy Street. This re-opened in 1855 on Cecil Street under the auspices of the Limerick Athenaeum, founded by William Lane Joynt. The Limerick Athenaeum was part of an international movement for the promotion of artistic and scientific learning, started by John Wilson Croker at the Athenaeum Club in London in 1823.

The trustees of the Limerick Athenaeum handed the building over to Limerick Corporation in 1896 in order to administer the property for the advancement of artistic and technical education in Limerick. This brought the tradition of fusing artistic and technical education into the public domain, a tradition that has been retained and refined by LIT.

For much of the history of the institute, it was constituted as the Municipal Technical Institute (known locally as The Red Tech) which was opened in 1910. [6] By the 1970s, it had grown to such a degree that a new campus had to be acquired in Moylish for technical education, with artistic education continuing in a number of locations in the city centre.

The institute was constituted as Limerick College of Art, Commerce and Technology (Limerick CoACT) in 1980, became a Regional Technical College in 1993 and an Institute of Technology in 1997.

Moylish has developed into the main campus of Limerick Institute of Technology, with Limerick School of Art and Design fully located in its Clare Street Campus since 2008.

In 2012, LIT merged with Tipperary Institute, which had been founded in 1998. This merger brought LIT's distinctive educational ethos to two new campus locations in Thurles and Clonmel and increased the institution's footprint across the region. This footprint was further extended in Clare, when LIT introduced degree-level education at its Ennis Learning Centre in 2016. In 2017, the institute was granted planning permission for a new campus at Coonagh in Limerick, to be focused on teaching and research in engineering.

Pat MacDonagh served as head of the college from 1978, through its evolution to an RTC and Institute of Technology, he resigned as director in 2003. Dr. Maria Hinfelaar joined in 2004 as president, serving for 11 years. [7] In 2016 Prof Vincent Cunnane was appointed president of LIT. [8]

A 2020 Freedom of Information request noted that Limerick IT had spent €20,830 on investigating sexual harassment claims, together with €7,588 on legal fees and €3,717 on stenography. [9]

The institute is divided into four Schools, each with constituent departments:

The Development Office works with the registrar and heads of school/department to address the widening participation agenda in the broadest sense from level 6 to level 10 as per the National Framework of Qualifications by piloting new initiatives and then assisting to mainstream these initiatives within LIT. The Development Office activity includes: enhancing R&D and Technology Transfer; managing relationships with second-level education providers; Lifelong Learning; and liaison with enterprise and employment development agencies in the midwest region.

One of LIT's attributes is its co-location of enterprise campuses with all of its education campuses.

The Enterprise Acceleration Centre (EAC) is an incubation facility for start-up companies, with particular emphasis on export and growth-focused businesses. The centre is located on the Moylish Park campus and is 1,350 m2 with 18 self-contained units. Client companies can rent office suites and avail of management development supports, including one-to-one business coaching, peer networking and research collaboration. The centre works with enterprise support agencies, including Enterprise Ireland and County & City Enterprise Boards and is a Microsoft BizSpark Network Partner. [10]

The Shannon Applied Biotechnology Centre (SABC) is based on the main campus and is a joint venture between LIT and the Institute of Technology, Tralee. [11]

One of the largest sports clubs in the institute is the Outdoor Club. This was founded in 2001 and runs on the philosophy "alternative activities for all". It caters for all students, past and present interested in non-competitive activities such as hillwalking, orienteering, mountaineering, canoeing/kayaking, rock climbing, windsurfing, surfing, caving, sailing, and mountain biking.

LIT has a number of sports-related courses with programmes in strength and conditioning being run at its Thurles campus, in partnership with the online sports college Setanta College, and the Department of Humanities offers a level 8-degree in Business Studies with Sports Management.

The Millennium Theatre is located at Moylish Park and is host to a variety of live entertainment, concerts, recitals, drama, comedy and dance, with a capacity of 400. It also acts as a learning space for students in a number of disciplines, including music and sound production. [12] [13]

Limerick is a city in County Limerick, Ireland. It is located in the Mid-West Region and is also part of the province of Munster. With a population of 94,192 at the 2016 census, Limerick is the third-most populous urban area in the state, and the fourth-most populous city on the island of Ireland at the 2011 census. The city lies on the River Shannon, with the historic core of the city located on King's Island, which is bounded by the Shannon and Abbey Rivers. Limerick is also located at the head of the Shannon Estuary, where the river widens before it flows into the Atlantic Ocean. Limerick City and County Council is the local authority for the city. 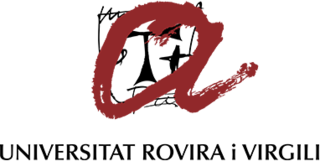 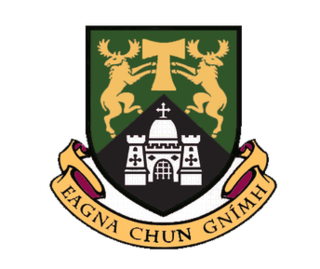 Caherdavin is a northern suburban district of Limerick city in the mid-west of Ireland. It had a population in 2002 of 6,613. 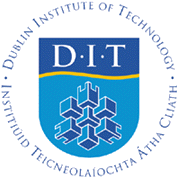 Dublin Institute of Technology was a major third-level institution in Dublin, Ireland. On 1 January 2019 DIT was dissolved and its functions were transferred to the Technological University Dublin. The institution began with the establishment of the first technical education institution in Ireland, in 1887, and progressed through various legal and governance models, culminating in autonomy under a statute of 1992.

Institute of Technology, Tralee was a third-level educational institution located in Tralee, County Kerry, Ireland. It was established in 1977 as the Regional Technical College, Tralee.

Institute of Technology Carlow is one of the largest technology colleges in Ireland, with campuses in Carlow, Wexford and Wicklow, and part-time provision elsewhere in Ireland. 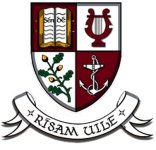 Cork Institute of Technology (CIT) was a third level educational institution in Ireland, located in Cork. Upon its dissolution, the institute had 17,000 students in art, business, engineering, music, drama and science disciplines. The institute had been named as Institute of Technology of the Year in The Sunday Times University Guide for Ireland on numerous occasions. On 1 January 2021, CIT merged with IT Tralee to become Munster Technological University, Ireland's second Technological University.

Institute of Technology Sligo (ITS) is a state-funded third-level educational institution situated in the town of Sligo, Ireland. The institute has three faculties and nine departments.

Galway-Mayo Institute of Technology (GMIT) is a third-level institute of education and is based at five locations in the west of Ireland. GMIT's campuses are located in Galway City, Castlebar, Letterfrack and Mountbellew. GMIT won The Sunday Times Institute of Technology of the Year award in 2004, 2007 and 2015. GMIT also has a number of specialist research centres and two Innovation Hubs. 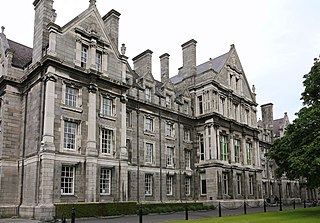 Third-level education in the Republic of Ireland includes all education after second-level, encompassing higher education in universities and colleges and further education on Post Leaving Certificate (PLC) and other courses. The degree-awarding authorities approved by the Government of Ireland, which can grant awards at all academic levels, are University of Dublin, National University of Ireland, Royal College of Surgeons in Ireland, Dublin City University, Technological University Dublin, Quality and Qualifications Ireland, St. Patrick's College, Maynooth, and University of Limerick. The King's Inns of Dublin has a limited role in education specialising in the preparation of candidates for the degree of barrister-at-law to practice as barristers. Medical schools in Ireland also have particular regulation. There were seven establishments of higher education within the Republic of Ireland ranked among the top 500 universities worldwide by the Times Higher Education Supplement in 2008.

Desmond Fitzgerald is an Irish medical doctor and academic leader. On 6 October 2016, Fitzgerald was announced as the President-elect of the University of Limerick. He took up this role in early 2017, becoming the fifth President. He resigned in May 2020 for "personal health concerns" citing the COVID-19 pandemic. Prior to this, Fitzgerald held the positions of Vice President for Health Affairs with University College Dublin and Chief Academic Officer at Ireland East Hospital Group from 2015 to 2016.

Limerick School of Art and Design or LSAD is an art college in Limerick city in Ireland. The school is one of the five constituent schools of Limerick Institute of Technology and operates on two of LIT's campuses in Limerick city, located on Clare Street and George's Quay; both are about 2 km from the main LIT campus at Moylish Park. Since 2012, the school also offers degree programmes at the Clonmel campus of LIT. The School can trace its origins back to 1852 and has had a number of guises and locations before consolidating into its current format and campuses in the 1980s and 1990s. LSAD offers courses at Level 8 and Level 9 across a range of art and design disciplines. 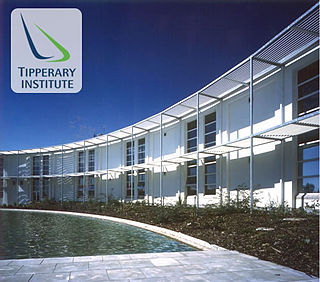 LIT Tipperary is a college of higher education, development agency and research centre in County Tipperary, Ireland and is one of the five constituent schools of Limerick Institute of Technology (LIT). Tipperary Institute was founded by the Irish Government in 1998 and opened two campuses in Thurles and Clonmel in September 1999. The then Taoiseach Bertie Ahern officially inaugurated the institute on 7 April 2000. It was formally integrated into LIT on 1 September 2011. 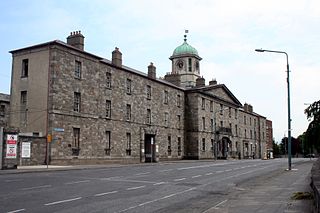 Technological University Dublin or TU Dublin is Ireland's first technological university, established on 1 January 2019, and with a history stretching back to 1887 through the amalgamated Dublin Institute of Technology which progressed from the first technical education institution in Ireland, the City of Dublin Technical Schools. It is the second-largest third-level institution in Ireland, with a student population of 28,500.

The Technological University of the Shannon: Midlands Midwest is planned to be Ireland's third technological university (TU), and is due to begin operations in 2021/22. It is the result of the merger of two insitutes of technology (ITs), Athlone IT and Limerick IT. Campuses are situated in Athlone, County Westmeath and LIT's Limerick, Ennis, County Clare and Clonmel, County Tipperary.