Lincoln University (Māori: Te Whare Wānaka o Aoraki) is a New Zealand university that was formed in 1990 when Lincoln College, Canterbury was made independent of the University of Canterbury. Founded in 1878, it is the oldest agricultural teaching institution in the Southern Hemisphere. It remains the smallest university in New Zealand (by enrolment) and one of the eight public universities. The campus is situated on 50 ha (120 acres) of land located about 15 km (9 mi) outside the city of Christchurch, in Lincoln, Canterbury.

Lincoln University is a member of the Euroleague for Life Sciences.

Lincoln University began life in 1878 as the School of Agriculture of Canterbury University College, opening in July 1880. [6] By 1885 it had 56 students, 32 of them in residence, and all classes were held in the main building (later known as Ivey Hall). The teaching staff included the head of the school William Ivey (who taught Agriculture), George Gray (Chemistry and Physics), who remained on staff until 1915, Eric Manley Clarke (mathematics, surveying, and book-keeping; son of the English geodesist Alexander Ross Clarke), [7] and part-time lecturer Thomas Hill (Veterinary Science). [6] [8]

The 660 acres (270 ha) college farm was worked by the students, who took part in ploughing, milking, and stock management, as well as taking lectures on agricultural science and chemistry. [6]

From 1896 to 1961 it served students under the name Canterbury Agricultural College, and offered qualifications of the University of New Zealand until that institution's demise. From 1961 to 1990, it was known as Lincoln College, a constituent college of the University of Canterbury, until achieving autonomy in 1990 as Lincoln University. [9] It is the oldest agricultural teaching institution in the Southern Hemisphere. It remains the smallest university in New Zealand. [10]

In March 2009, the Crown Research Institute AgResearch announced that it planned to merge with Lincoln University. [11] However, Lincoln University rejected the plan later that year over financial concerns. [12]

On 18 November 2010, after a period of consultation, [13] it was confirmed that a merger between Lincoln University and Telford Rural Polytechnic would go ahead, with the merger taking effect on 1 January 2011. [14]

The School of Agriculture, followed by the Canterbury Agricultural College, was under the leadership of a director. From 1962, Lincoln College was headed by a principal, and after becoming Lincoln University in 1990, the role became that of vice-chancellor. [17] [18]

List of chairs of the board of governors and college council, and chancellors

There was a board of governors from 1896 and a college council from 1962. Since full autonomy in 1990, the head of the university council has been the chancellor. The following chairmen and chancellors have served: [19]

† denotes that the person died in office

Lincoln University Students' Association (LUSA) has been active on campus since 1919. [20] LUSA acts as a representative for students on university policy, as well as providing advocacy services to students and running campus events such as the annual Garden Party and O-Week.

Lincoln University has had an Entomology Research Collection since the late 1960s, which is now the third-largest entomology collection in New Zealand, containing approximately 500,000 specimens and about 60 types.

For 2017/18 Lincoln's ranking is 319, released by Quacquarelli Symonds (QS) World University Rankings. Lincoln also has QS Five Stars rating. Lincoln ranks in the top 50 in the fields of Agriculture and Forestry (39th), and also Hospitality and Leisure Management (48th). [28] Lincoln is ranked in the 401–500th bracket according to the 2017 Times Higher Education (THE) world university rankings. [29]

Lincoln University has since 1993 been conferring honorary doctorates.

Massey University is a university based in Palmerston North, New Zealand, with significant campuses in Albany and Wellington. Massey University has approximately 30,883 students, 13,796 of whom are extramural or distance-learning students, making it New Zealand's second largest university when not counting international students. Research is undertaken on all three campuses, and more than 3,000 international students from over 100 countries study at the university.

The University of Western Ontario is a public research university in London, Ontario, Canada. The main campus is located on 455 hectares of land, surrounded by residential neighbourhoods and the Thames River bisecting the campus's eastern portion. The university operates twelve academic faculties and schools. It is a member of the U15, a group of research-intensive universities in Canada. 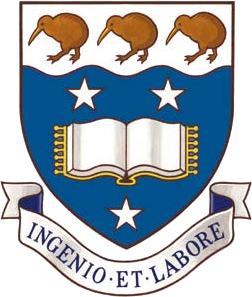 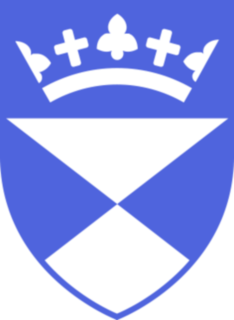 The University of Dundee is a public research university in Dundee, a city in the east central Lowlands of Scotland. It was founded as a university college in 1881 with a donation from the prominent Baxter family of textile manufacturers. The institution was, for most of its early existence, a constituent college of the University of St Andrews alongside United College and St Mary's College located in the town of St Andrews itself. Following significant expansion, the University of Dundee gained independent university status by royal charter in 1967 while retaining elements of its ancient heritage and governance structure. 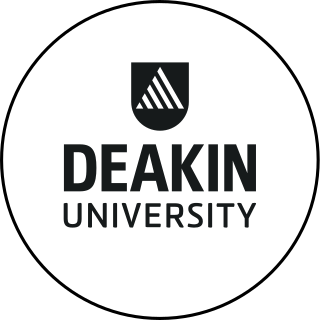 Deakin University is a public university in Victoria, Australia. Founded in 1974, the university was named after Alfred Deakin, the second Prime Minister of Australia.

The University of Lincoln is a public research university in Lincoln, England, with origins back to 1861. It gained university status in 1992 and its present name and structure in 2001. The main campus is adjacent to Brayford Pool - a site of urban regeneration since the 1990s, with satellite campuses in Riseholme, Lincolnshire – the Lincoln Institute for Agri-food Technology – and an additional campus at Holbeach, housing the National Centre for Food Manufacturing (NCFM). Annual graduation ceremonies take place in Lincoln Cathedral. 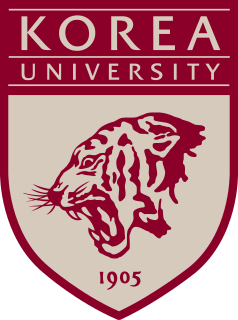 The University of Guelph is a comprehensive public research university in Guelph, Ontario, Canada. It was established in 1964 after the amalgamation of Ontario Agricultural College (1874), the MacDonald Institute (1903), and the Ontario Veterinary College (1922), and has since grown to an institution of almost 30,000 students and employs 830 full-time faculty as of fall 2019. It offers 94 undergraduate degrees, 48 graduate programs, and 6 associate degrees in many different disciplines.

William Edward Ivey was a New Zealand agricultural scientist and director. He was the inaugural head of what is now Lincoln University.

The Lincoln University Art Collection consists of over 280 works owned by Lincoln University, Lincoln, New Zealand. Almost all the works are by New Zealand artists, including Robyn Kahukiwa, Bill Hammond, and Toss Wollaston. Acquired between 1974 and 2014, the collection is particularly strong in artists from the 1980s and 1990s.

Ivey Hall is a historic building on the campus of Lincoln University in New Zealand. It is registered as a Category I structure by Heritage New Zealand.