Christian was born in Tampico, Tamaulipas, Mexico, a daughter of Dutch engineer and Royal Dutch Shell executive Gerardus Jacob Welter (1904–1981), [7] [8] and his Mexican-born wife, the former Blanca Rosa Vorhauer (1901-1992), who was of Spanish, German and French descent. [9] [10] The Welter family moved a great deal during Christian's youth, living everywhere from South America and Europe to the Middle East and Africa. [5] As a result of this nomadic lifestyle, Christian became an accomplished polyglot with the ability to speak fluent French, German, Dutch, Spanish, English, Italian and even a bit of haphazard Arabic and Russian. [5]

In her youth Christian's only aspiration was to become a physician. [13] After she graduated from secondary school she had a fortuitous meeting with her screen idol Errol Flynn, who became her lover, and she was persuaded by him to give up her hopes of joining the medical profession, move to Hollywood, and pursue an acting career. [13] Not long after arriving in Hollywood she was spotted by Louis B. Mayer's secretary at a fashion show in Beverly Hills. He offered, and she accepted, a seven-year contract with MGM. [14]

In his autobiography My Wicked, Wicked Ways , [16] Flynn states that immediately after Linda Christian's screen test, he offered to pay for her to have a couple of crooked teeth fixed. When he got a whopping bill, he discovered that she had taken the opportunity to undergo major cosmetic dentistry. Years later, when he met her again, he said, "Smile, baby – I want to see those choppers: they took their first bite out of me."

She made her film debut in the 1944 musical comedy Up in Arms , co-starring Danny Kaye and Dinah Shore. This movie also happened to be Danny Kaye's own first film. [14] This film was followed by Holiday in Mexico (1946), Green Dolphin Street (1947), and what was perhaps her best-known film, Tarzan and the Mermaids [14] (1948). She was the subject of a well-known photograph published in the January 1, 1949, issue of Vogue.

Christian was the first Bond girl to appear on screen, playing Valerie Mathis (opposite Barry Nelson as James Bond) in the 1954 TV adaptation of Casino Royale , beating Ursula Andress to the screen by eight years.

Christian's fame, however, was largely derived from having been married to (and divorced from) the popular screen idol Tyrone Power [5] (1949–56). The couple married in Rome, Italy, with Monsignor William A. Hemmick performing the ceremony at the Santa Francesca Romana. Christian wore a formfitting gold-damask gown, and the church was decorated with two thousand 'Esther' carnations. [18] She and Power were the parents of singer Romina Power and actress Taryn Power. [19] Romina was one half of the Italian singing duo Al Bano and Romina Power.

A month after she divorced Tyrone Power, Christian was seen with Spanish racing driver Alfonso de Portago, who was married to American Carroll de Portago (later Carroll Petrie). Carroll had recently given birth to "Fon's" second child Anthony. De Portago was dating model Dorian Leigh, mother of his recently born illegitimate son Kim. Linda was photographed with de Portago at the 1957 Mille Miglia car race. The photo shows Christian leaning in to kiss Fon before he drove off and crashed his Ferrari, killing himself, his navigator Ed Nelson, and nine spectators in the process. The press labeled the photo "The Kiss of Death". De Portago was 28 years old. Her ex-husband, Tyrone Power, died the following year of a heart attack at the age of 44. Christian was later married to the Rome-based British actor Edmund Purdom. [4]

On several occasions, Christian and Power were offered the opportunity to work together, but for various reasons each offer was refused or rescinded. [19] The most notable opportunity to co-star together came in 1953, when they were offered leading roles in From Here to Eternity . Power did not want to do the film [19] and rejected the offer. The roles went to Donna Reed and Montgomery Clift.

Christian had a relationship with Glenn Ford in the early 1960s. [20]

Two items appear in this article's introductory paragraph which are not in the following list.

Tampico is a city and port in the southeastern part of the state of Tamaulipas, Mexico. It is located on the north bank of the Pánuco River, about 10 kilometers (6 mi) inland from the Gulf of Mexico, and directly north of the state of Veracruz. Tampico is the fifth-largest city in Tamaulipas, with a population of 314,418 in the city proper and 929,174 in the metropolitan area.

Earl Winfield Spencer Jr. was a pioneering U.S. Navy pilot who served as the first commanding officer of Naval Air Station San Diego. He was the first husband of Wallis Simpson, who later married Edward, Duke of Windsor.

Jessie Royce Landis was an American actress. Her name is also seen as Jesse Royce-Landis. She remains perhaps best-known for her mother roles in the Hitchcock films To Catch a Thief (1955) and North by Northwest (1959).

The "Battle of Tampico" was fought November 15, 1835, in the Mexican state of Tamaulipas. Gregorio Gómez and the Mexican Centralist garrison engaged Gen. José Antonio Mexía and 150 American volunteers. This was part of an uprising against General Santa Anna, and its outcome affected the future of the Texas War of Independence. 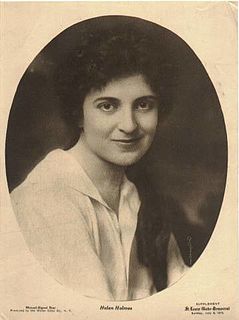 Helen Holmes was an American silent film actress, producer, director, screenwriter and stuntwoman. She is most notable for starring in the 1914–1917 serial The Hazards of Helen.

Mary Bebe Anderson was an American actress, who appeared in 31 films and 22 television productions between 1939 and 1965. She was best known for her small supporting role in the film Gone With the Wind as well as one of the main characters in Alfred Hitchcock's 1944 film Lifeboat.

Gerhard Arthur Puff was a gangster executed by the federal authorities in New York for killing a federal agent. Born in Dresden, Germany, the 13-year-old Puff, along with his mother and five-year-old brother arrived on June 6, 1927, at Ellis Island on board SS Columbus from Bremen. The family moved to Milwaukee, Wisconsin where he became a naturalized citizen in 1934, but by 1940, he was an inmate in the Wisconsin State Prison in Waupun, Wisconsin.

Ariadne Welter was a Mexican movie actress of the Golden Age of Mexican cinema. She appeared in the Luis Buñuel film The Criminal Life of Archibaldo de la Cruz (1955). In 1956 she starred in the film El Vampiro, a classic among Mexican horror films.

The Devil's Hand is a 1961 American independent horror film. It was produced by Alvin K. Bublis and directed by William J. Hole Jr. The film stars Linda Christian, Robert Alda, Ariadna Welter and Neil Hamilton. The movie was made in 1959 by Rex Carlton Productions, but not distributed until 1961 by Crown International Pictures. It follows the activities of a group of modern-day Los Angelenos who are members of a cult that worships Gamba, the Great Devil God.

Henri Brasseur was a Belgian fencer. He competed at the 1928 and 1936 Summer Olympics. In 2001, his body was laid to rest in the Belgian city of Ghent.

Mary Anne Hearn who wrote under the nom de plumes Marianne Farningham in The Christian World and for A Working Woman's Life, Eva Hope, and Marianne Hearn, was a British religious writer of poetry, biographies, prose and hymns. She was one of the few female writers in the Victorian period to emerge from the lower classes.

Charles Schroeter was a United States Army soldier who received the Medal of Honor for his actions during the American Indian Wars, while serving with Company G, 8th Regiment of the United States Cavalry. A German immigrant, his military career spanned thirty-one years, from 1863 to 1894, during which he also saw action in the American Civil War. He also served a tour of duty in the United States Marine Corps. After retirement from the military, he became a merchant. 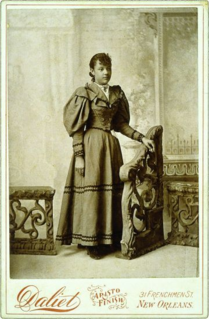 Anna M. Mangin was an American inventor, educator, caterer and women's rights campaigner. She invented a kitchen tool she called a pastry fork in 1891. This was different from the eating utensil also known as a pastry fork.

Max Liebster was a German-born victim of Nazi persecution during World War II due to his Jewish race and religion. During his imprisonment in four concentration camps he studied the Bible with fellow inmates that were Jehovah’s Witnesses and converted to their religion, baptized in a bathtub at Buchenwald. Liebster is also notable as the author of the book Crucible of Terror: A Story of Survival Through the Nazi Storm. 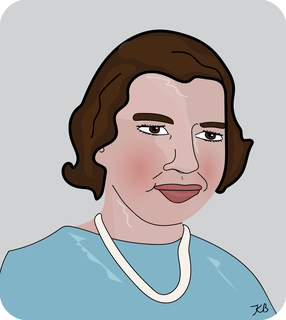 Margaret Helen Harper was an American computer programmer who worked with Grace Hopper at Remington Rand to develop one of the first computer compilers. Harper was born in Michigan, but lived most of her life in Pennsylvania. She attended Wellesley College and graduated from the University of Pennsylvania in 1940. She worked as a programmer and then as a professor.