Top 20 Male Athletes of the Decade

Top 20 Female Athletes of the Decade

Top 10 Coaches/Managers of the Decade

Top 10 GMs/Executives of the Decade

Top Team of the Decade (in six sports)

Top 25 Franchises of the Decade

Top 25 Franchises of the Decade [15] including professional and college teams.

Top 24 one-hit wonders of the decade

Top 24 blockbuster trades of the decade

Top 10 new stadiums of the decade

Top 21 milestones of the decade

Top 21 rivalries of the decade

Top 10 stories of the decade

Top 10 flops of the decade

Top 10 scandals of the decade 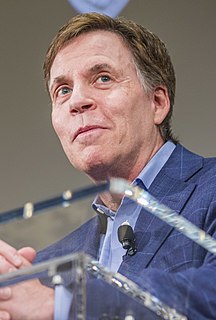 Robert Quinlan Costas is an American sportscaster who is known for his long tenure with NBC Sports, from 1980 through 2019. He has received 28 Emmy awards for his work and was the prime-time host of 12 Olympic Games from 1992 until 2016. He is employed by MLB Network, where he does play-by-play and once hosted an interview show called Studio 42 with Bob Costas.

A draft is a process used in some countries and sports to allocate certain players to teams. In a draft, teams take turns selecting from a pool of eligible players. When a team selects a player, the team receives exclusive rights to sign that player to a contract, and no other team in the league may sign the player. The process is similar to round-robin item allocation.

Sports are an important part of culture in the United States of America. American football is the most popular spectator sport to watch in the United States, followed by baseball, basketball, ice hockey, and soccer, which make up the "five major sports". Indoor American football, professional boxing, rugby union, Cricket, tennis, golf, auto racing, softball, lacrosse, field hockey, water polo, and mixed martial arts, among others, are also somewhat popular sports played in the country.

Pros vs. Joes was an American physical reality game show that aired on Spike from 2006 to 2010. The show featured male amateur contestants matching themselves against professional athletes in a series of athletic feats related to the expertise sport of the Pro they are facing. For its first three seasons, the show was hosted by Petros Papadakis. In the last two seasons, it was co-hosted by Michael Strahan and Jay Glazer. The first two seasons were filmed at Carson, California's Home Depot Center, which was referenced in aerial shots. Repeats can currently be seen on the El Rey Network.

CBSSports.com is an American sports news website operated by ViacomCBS Streaming, itself a division of ViacomCBS. It is the website for CBS's CBS Sports division, featuring news, video, and fantasy sports games. 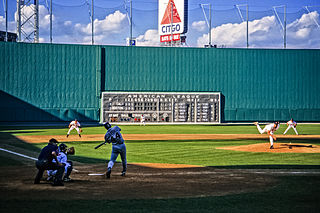 Boston, Massachusetts, is home to several major professional sports franchises. They include the Red Sox (baseball), the Celtics, and the Bruins. The New England Patriots and the New England Revolution play at Gillette Stadium in nearby Foxborough, Massachusetts. Several Boston-area colleges and universities are also active in college athletics. 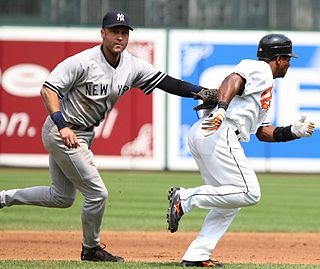 The city of St. Louis, Missouri, in the United States is home to a number of professional and collegiate sports teams. The Sporting News rated St. Louis the nation's "Best Sports City" in 2000. and the Wall Street Journal named it the best sports city in 2015. 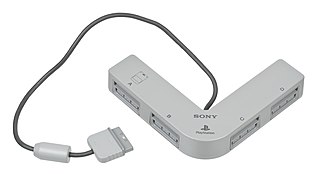 Tanking in sports refers to the practice of intentionally fielding non-competitive teams to take advantage of league rules that benefit losing teams. This is a much more common practice in American sports that utilize closed leagues than in sports leagues in other nations, which typically penalize poor performers using a promotion and relegation system, in which the worst teams after each season are sent to a lower-tiered league and replaced with that league's best teams. Relegation costs teams revenue and makes it more difficult for them to attract top talent, making tanking unfeasible. Tanking teams are usually seeking higher picks in the next draft, since league rules generally give the highest draft picks to the previous season's worst teams. Teams that decide to start tanking often do so by trading away star players in order to reduce payroll and bring in younger prospects. While the terms tanking and rebuilding are sometimes used interchangeably, there are differences between the two concepts.