List of Acts of the Parliament of Scotland to 1707

The numbers after the titles of the Acts are the chapter numbers. Acts are referenced using 'Year of reign', 'Monarch', c., 'Chapter number' — e.g. 16 Charles II c. 2 — to define a chapter of the appropriate statute book. Chapter numbers given in the duodecimo edition, where applicable, are given in square brackets.

For the period after 1707, see list of Acts of the Parliament of Great Britain.

The Statute of Marlborough is a set of laws passed by the Parliament of England during the reign of Henry III in 1267. The laws comprised 29 chapters, of which four are still in force. Those four chapters constitute the oldest piece of statute law in the United Kingdom still in force as of 2021. 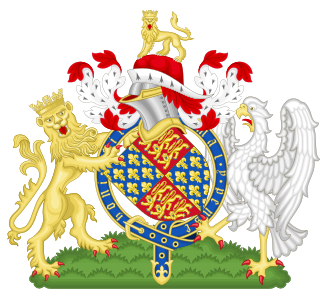 The Treason Act 1351 is an Act of the Parliament of England which codified and curtailed the common law offence of treason. No new offences were created by the statute. It is one of the earliest English statutes still in force, although it has been very significantly amended. It was extended to Ireland in 1495 and to Scotland in 1708. The Act was passed at Westminster in the Hilary term of 1351, in the 25th year of the reign of Edward III and was entitled "A Declaration which Offences shall be adjudged Treason". It was passed to clarify precisely what was treason, as the definition under common law had been expanded rapidly by the courts until its scope was controversially wide. The Act was last used to prosecute William Joyce in 1945 for collaborating with Germany in World War II.

Statute Law Revision Act is a stock short title which was formerly used in the United Kingdom, and is still used in Australia, Canada and in the Republic of Ireland, for legislation whose purpose is statute law revision. Such Acts normally repealed legislation which was either obsolete in the sense of being no longer relevant, or spent in the sense of having ceased to be in force otherwise than by virtue of formal repeal. In the United Kingdom, the short title Statute Law (Repeals) Act is now used instead. "Statute Law Revision Acts" may collectively refer to enactments with this short title.

The Statute Law Revision (Scotland) Act 1964 (c.80) was an Act of the Parliament of the United Kingdom of Great Britain and Northern Ireland.

The Toleration Act 1688, also referred to as the Act of Toleration, was an Act of the Parliament of England. Passed in the aftermath of the Glorious Revolution, it received royal assent on 24 May 1689.

In 1861 the British Parliament passed the first of a long series of Statute Law Revision Acts. The most important action, was the nomination of Statute Law Committee by Lord Chancellor Cairns in 1868, the practical result of which was the issuing of the first edition of the Revised Statutes in eighteen volumes, bringing the revision of statute law down to 1886.

The Statute Law Revision (Scotland) Act 1906 is an Act of the Parliament of the United Kingdom.