The following is a list of confessions that have been important to the development of various Baptist churches throughout history.

Statements of Faith by Convention/Association

A creed is a statement of the shared beliefs of community in the form of a fixed formula summarizing core tenets.

The Lutheran Church–Missouri Synod (LCMS), often referred to simply as the Missouri Synod, is a traditional, confessional Lutheran denomination in the United States. With slightly under 2.0 million members, it is the second-largest Lutheran body in the United States. The LCMS was organized in 1847 at a meeting in Chicago, Illinois, as the German Evangelical Lutheran Synod of Missouri, Ohio, and Other States, a name which reflected the geographic locations of the founding congregations.

The Alliance of Baptists is a fellowship of Baptist churches and individuals in the United States and Canada.

The Baptist Faith and Message (BF&M) is the statement of faith of the Southern Baptist Convention (SBC). It summarizes key Southern Baptist thought in the areas of the Bible and its authority, the nature of God as expressed by the Trinity, the spiritual condition of man, God's plan of grace and salvation, the purpose of the local church, ordinances, evangelism, Christian education, interaction with society, religious liberty, and the family. 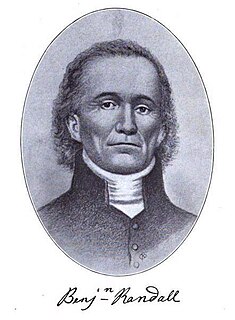 Free Will Baptist is a denomination and group of people that believe in free grace, free salvation and free will. The movement can be traced back to the 1600s with the development of General Baptism in England. Its formal establishment is widely linked to the English theologian, Thomas Helwys who led the Baptist movement to believe in general atonement. He was an advocate of religious liberty at a time when to hold to such views could be dangerous and punishable by death. He died in prison as a consequence of the religious persecution of Protestant dissenters under King James I. 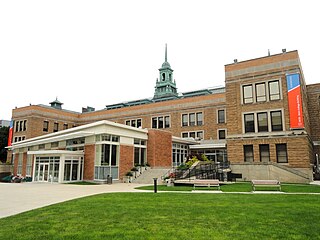 The World Reformed Fellowship (WRF) is an ecumenical Christian organization which promotes unity between conservative Reformed churches around the world.

The Malaysia Baptist Convention is a Baptist Christian denomination in Malaysia. It is affiliated with the Baptist World Alliance. The headquarters is in Petaling Jaya.

The SBC of Virginia or "SBCV" is a fellowship of 700 Southern Baptist churches across Virginia and surrounding areas. It is supportive of the national Southern Baptist Convention (SBC). It was formed in 1993 when conservative Virginia Baptists across the state founded the SBCV fellowship. On September 16, 1996, messengers that met at Grove Avenue Baptist Church in Richmond, Virginia voted for the fellowship to become a new Southern Baptist state convention. On October 1, 1996, the SBC Executive Committee officially acknowledged SBCV as a new State Convention.

The National Baptist Convention, USA, Inc., more commonly known as the National Baptist Convention, is a Baptist Christian denomination in the United States. It is headquartered at the Baptist World Center in Nashville, Tennessee and affiliated with the Baptist World Alliance. The denomination claims approximately 31,000 congregations and reports having an estimated 7.5 million members.

A subordinate standard is a Reformed confession of faith, catechism or other doctrinal or regulatory statement subscribed to by a Protestant church, setting out key elements of religious belief and church governance. It is subordinate to the Bible as the supreme standard, which is held as divinely inspired and without error.