The following is a list of characters that first appeared in the British soap opera Emmerdale Farm in 1982, by order of first appearance.

Samuel David Skilbeck (known as Sam) is the son of Matt and Dolly Skilbeck. He appeared from 1982 to 1991.

Samuel is born in December 1982 and is named after Sam Pearson, the grandfather of Matt's first wife, Peggy Skilbeck. Matt and Peggy had a son Sam Skilbeck who died young. The original idea was to call the child David Samuel, but after a misunderstanding, the name is altered to Samuel Benjamin. Matt and Dolly separated in 1989, and Dolly and Sam left the village in 1991. The following year, Dolly remarried Matt.

David is described in the Hebrew Bible as king of the United Monarchy of Israel and Judah. In the Books of Samuel, David is a young shepherd who gains fame first as a musician and later by killing the giant Goliath, champion of the Philistines. He becomes a favorite of King Saul and a close friend of Saul's son Jonathan. Worried that David is trying to take his throne, Saul turns on David and tries to kill him, leading the latter to go on the run and operate as a fugitive for several years. After Saul and Jonathan are killed in battle against the Philistines, a 37-year old David is anointed king over all Israel and then conquers Jerusalem, establishing the city as his capital and, taking the Ark of the Covenant into the city, as the center of worship in the Israelite religion.

Michael Landon was an American actor, writer, director, and producer. He is known for his roles as Little Joe Cartwright in Bonanza (1959–1973), Charles Ingalls in Little House on the Prairie (1974–1983), and Jonathan Smith in Highway to Heaven (1984–1989). Landon appeared on the cover of TV Guide 22 times, second only to Lucille Ball. 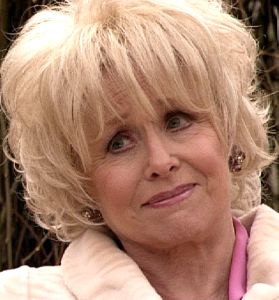 Peggy Mitchell is a fictional character from the BBC soap opera EastEnders. Peggy was initially played by Jo Warne when she first appeared in the episode broadcast on 30 April 1991, featuring in 10 episodes. Peggy was reintroduced in 1994, recast to Barbara Windsor, who made her first appearance in the episode broadcast on 7 November 1994. Peggy became a regular character, and Windsor played the role until she was forced to take a long break due to poor health and departed on 23 May 2003. She returned for two episodes broadcast on 16 and 17 September 2004, before rejoining as a regular character on 8 September 2005. Windsor announced in October 2009 that she would be leaving the show and departed on 10 September 2010. Windsor returned to the show for guest appearances on 20 September 2013, 25 September 2014, 17 February 2015 and 15 January 2016. She then appeared in six episodes between 9 and 17 May 2016 and the character was killed off. Her voice is last heard in the following episode, on 19 May 2016. Peggy's funeral aired on 4 July 2016. 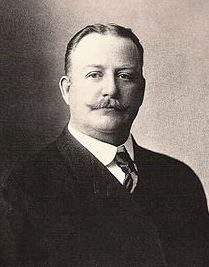 Frederic Sackrider Remington was an American painter, illustrator, sculptor, and writer who specialized in depictions of the American Old West. His works are known for depicting the Western United States in the last quarter of the 19th century and featuring such images as cowboys, American Indians, and the US Cavalry. 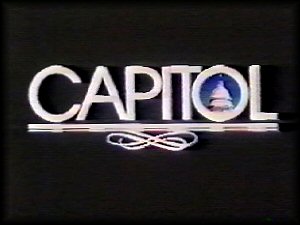 Capitol is an American soap opera which aired on CBS from March 29, 1982 to March 20, 1987, for 1,270 episodes. As its name suggests, the storyline usually revolves around the political intrigues of people whose lives are intertwined in Washington, D.C. 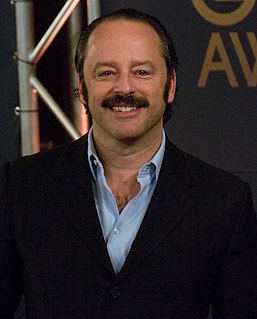 Allison Samuel Hall, known as Sam Hall, was a screenwriter known for his work in daytime soap operas, particularly Dark Shadows and One Life to Live. 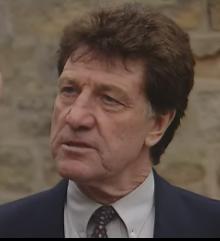 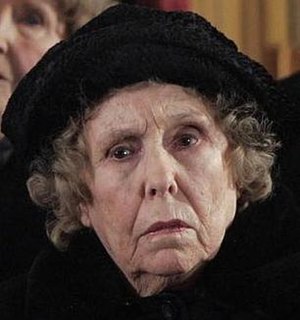 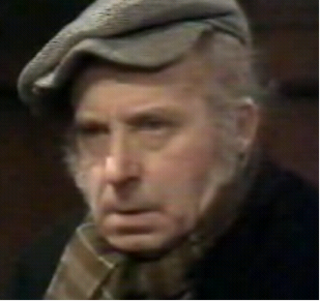 The Mitchell family is a fictional family in the BBC soap opera EastEnders. They were first introduced in February 1990, when brothers Phil and his brother Grant Mitchell bought the local garage - the Arches. Their sister Sam Mitchell joined the show later in 1990 and their mother Peggy Mitchell was briefly introduced in 1991, before being reintroduced in 1994. Since then, they have been developed significantly to include both the immediate and extended families of these characters. McFadden remains as the longest running Mitchell in the show currently as Phil Mitchell, but the family has expanded significantly in the years since, and they still remain a large presence on the square.