The following is a partial list of Intel CPU microarchitectures. The list is incomplete. Additional details can be found in Intel's Tick–tock model and Process–architecture–optimization model.

8086
first x86 processor; initially a temporary substitute for the iAPX 432 to compete with Motorola, Zilog, and National Semiconductor and to top the successful Z80. 8088 version, with an 8-bit bus, used in the original IBM Personal Computer.
186
included a DMA controller, interrupt controller, timers, and chip select logic. A small number of additional instructions. The 80188 was a version with an 8-bit bus.
286
first x86 processor with protected mode including segmentation based virtual memory management. Performance improved by a factor of 3...4 over 8086. Included instructions relating to protected mode.

Bonnell
45 nm, low-power, in-order microarchitecture for use in Atom processors.

Silvermont
22 nm, out-of-order microarchitecture for use in Atom processors, released on May 6, 2013. 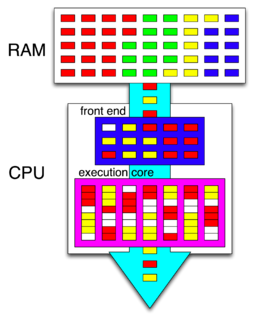 As of 2020, the x86 architecture is used in most high end compute-intensive computers, including cloud computing, servers, workstations, and many less powerful computers, including personal computer desktops and laptops. The ARM architecture is used in most other product categories, especially high-volume battery powered mobile devices such as smartphones and tablet computers. 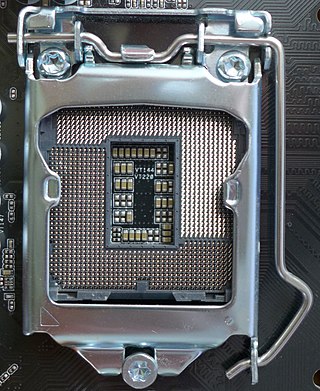