List of Ministers General of the Order of Friars Minor

This is a list of the ministers general of the Order of Friars Minor.

Ministers General up to 1517

During the Great Schism, the following ministers general headed the order in the Roman obedience:

At the same time, the following presided over the order in the obedience of Avignon:

After the conclusion of the schism, the order was reunited under Antonio Vinitti.

General Vicars and Ministers General of the Capuchins (OFMcap) 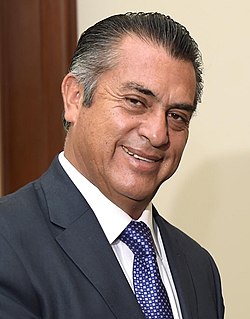 The Diocese of Albarracín existed in 1577–1852, and was located in north-eastern Spain, in the present province of Teruel, part of the present autonomous community of Aragón.

The Spanish National Church of Santiago and Montserrat, known as Church of Holy Mary in Monserrat of the Spaniards is a Roman Catholic titulus church and National Church in Rome of Spain, dedicated to the Virgin of Montserrat. It is located in the Rione Regola, at the intersection of alleway of Via della Barchetta and the narrow Via di Monserrato, with the facade on the latter street, about three blocks northwest of the Palazzo Farnese.

The cabildo of San Juan Tenochtitlan was a governing council established in the 16th century to give a Spanish-style government to Tenochtitlan.

The Apostolic Vicariate of Tripoli is a Roman Catholic apostolic vicariate in Tripolitania.

The office of Captain General of Catalonia was created in 1713 by the Nueva Planta decrees of King Philip V of Spain to replace that of Viceroy of Catalonia. 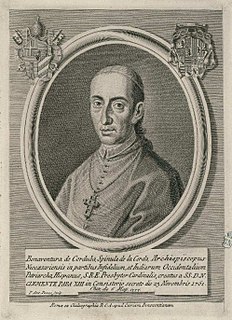 Buenaventura Fernández de Córdoba-Figueroa y Spínola de la Cerda was a Spanish aristocrat and Catholic priest who became Patriarch of the West Indies and a Cardinal.