Franz Schubert (31 January 1797 – 19 November 1828) was an extremely prolific Austrian composer. He composed some 1500 works (or, when collections, cycles and variants are grouped, some thousand compositions). The largest group are the lieder for piano and solo voice (over six hundred), and nearly as many piano pieces. Schubert also composed some 150 part songs, some 40 liturgical compositions (including several masses) and around 20 stage works like operas and incidental music. His orchestral output includes thirteen symphonies (seven completed) and several overtures. Schubert's chamber music includes over 20 string quartets, and several quintets, trios and duos.

This article constitutes a complete list of Schubert's known works organized by their genre. The complete output is divided in eight series, and in principle follows the order established by the Neue Schubert-Ausgabe printed edition. The works found in each series are ordered ascendingly according to Deutsch numbers, the information of which attempts to reflect the most current information regarding Schubert's catalogue. The list below includes the following information:

Part songs for only male or only female voices

Part songs for male or female ensemble and piano

Part songs for male or female ensemble a capella

Lieder for soprano and piano

Lieder for bass and piano

Lieder for any voice type and piano

Works for nonet and octet ensembles

Works for string sextet and quintet

Works for piano and one or more instruments

Other works for strings and winds instruments

Works in the catalogue by other composers 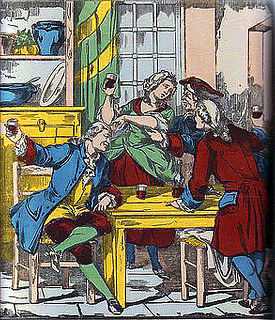 A drinking song is a song sung while drinking alcohol. Most drinking songs are folk songs or commercium songs, and may be varied from person to person and region to region, in both the lyrics and in the music.

Karl Julius Marx was a German composer and music teacher.

25 Scottish Songs was composed by Ludwig van Beethoven. The work was published in London and Edinburgh in 1818, and in Berlin in 1822. It is the only set among Beethoven's folksong arrangements to be assigned an opus number; the rest are only given WoO numbers. 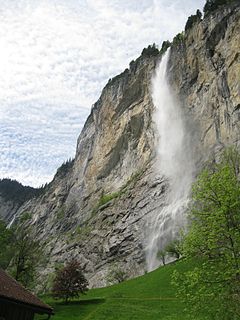