The first list is based on the SIPRI fact sheet which includes a list of the world's top 15 military spenders in 2022, based on current market exchange rates. [1]

The second list is based on the 2022 edition of "The Military Balance" published by the (IISS) using average market exchange rates. [2]

Russian and Chinese military spending are actually far higher than the chart due to captive markets and Purchasing Price Parity in those countries. [3] [4]

None of the following analyze Cuba, Eritrea, Libya, North Korea, or Syria, because although they likely would make the list, there is not enough information available to properly determine an exact statistic for their military spending as a percentage of GDP.

The Armed Forces of the Russian Federation, commonly known as the Russian Armed Forces, are the military forces of the Russian Federation. They are divided into the Ground Forces, Navy, and Aerospace Forces. There are also two independent arms of service: Strategic Rocket Forces and the Airborne Troops. Under the federal law of Russia, the Russian Armed Forces, along with the Federal Security Service (FSB)'s Border Troops, the National Guard, the Ministry of Internal Affairs (MVD), the Federal Protective Service (FSO), the Foreign Intelligence Service (SVR), the Main Directorate of the General Staff (GRU) and the Ministry of Emergency Situations (EMERCOM)'s civil defence form Russia's military services; and are under direct control of the Security Council of Russia. 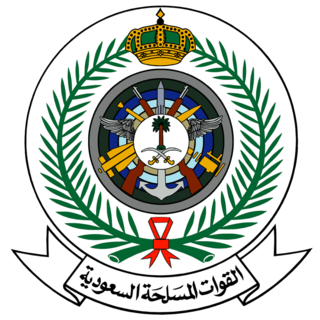 The world economy or the global economy is the economy of all humans of the world, referring to the global economic system which includes all economic activities which are conducted both within and between nations, including production, consumption, economic management, work in general, exchange of financial values and trade of goods and services. In some contexts, the two terms are distinct "international" or "global economy" being measured separately and distinguished from national economies while the "world economy" is simply an aggregate of the separate countries' measurements. Beyond the minimum standard concerning value in production, use and exchange, the definitions, representations, models and valuations of the world economy vary widely. It is inseparable from the geography and ecology of planet Earth. 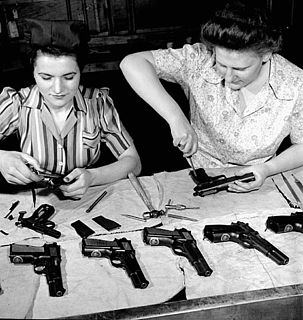 The arms industry, also known as the arms trade, is a global industry which manufactures and sells weapons and military technology. It consists of a commercial industry involved in the research and development, engineering, production, and servicing of military material, equipment, and facilities. Arms-producing companies, also referred to as arms dealers, or as the military industry, produce arms for the armed forces of states and for civilians. Departments of government also operate in the arms industry, buying and selling weapons, munitions and other military items. An arsenal is a place where arms and ammunition - whether privately or publicly owned - are made, maintained and repaired, stored, or issued, in any combination. Products of the arms industry include guns, artillery, ammunition, missiles, military aircraft, military vehicles, ships, electronic systems, night-vision devices, holographic weapon sights, laser rangefinders, laser sights, hand grenades, landmines and more. The arms industry also provides other logistical and operational support. 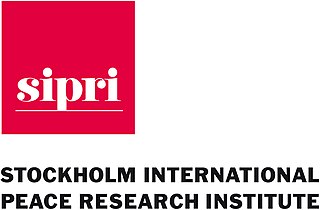 Stockholm International Peace Research Institute (SIPRI) is an international institute based in Stockholm. It was founded in 1966 and provides data, analysis and recommendations for armed conflict, military expenditure and arms trade as well as disarmament and arms control. The research is based on open sources and is directed to decision-makers, researchers, media and the interested public.

A military budget, also known as a defense budget, is the amount of financial resources dedicated by a state to raising and maintaining an armed forces or other methods essential for defense purposes. 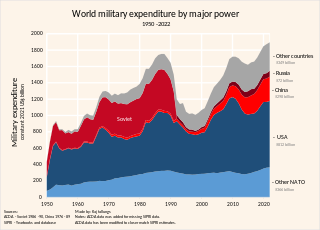 The military budget of China is the portion of the overall budget of China that is allocated for the funding of the military of China. This military budget finances employee salaries and training costs, the maintenance of equipment and facilities, support of new or ongoing operations, and development and procurement of new weapons, equipment, and vehicles. Every March, as part of its annual state budget, China releases a single overall figure for national military expenditures.

This is a list of lists of countries and territories by various criteria. A country or territory is a geographical area, either in the sense of nation or state.

Canadian government debt is the liabilities of the government sector. For 2020, the market value of financial liabilities, or gross debt, was $2,852 billion for the consolidated Canadian general government. As a ratio of GDP, gross debt was 129.2% in 2020, the highest level ever recorded. Approximately half, or 66.4% as a ratio of GDP, was debt of the federal government. The increase in debt in 2020 was driven primarily by massive deficits generated to finance numerous relief measures, notably in the form of transfers to households and subsidies to businesses during the COVID-19 pandemic. 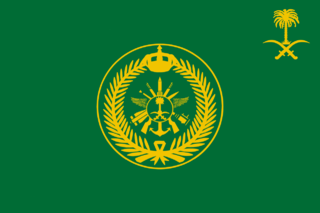 The defence industry of India is a strategically important sector in India. India has one of the world's largest military forces with a strength of over 14.4 lakh active personnel. It has the world's largest volunteer military of over 51 lakh personnel. The total budget sanctioned for the Indian military for the financial year 2021 is ₹4.78 lakh crore (US$63 billion). It has the third largest annual defence budget behind USA and China. It is the second largest defence importer behind Saudi Arabia making up 9.2% of global arms import. India has a domestic defence industry of which 80% is government owned. The public sector includes DRDO and its 50 labs, 4 defence shipyards, 12 defence PSUs. India has a new defence procurement, acquisition and manufacturing policy to reduce imports and enhance domestic manufacturing.

Military budget of Turkey, Turkey’s defense spending stood at 29.4 billion Turkish Liras, or $13.2 billion, old Turkish Defense Minister İsmet Yılmaz said 8 November 2014. He was responding to a question from an opposition party leader, the Nationalist Movement Party’s Ankara deputy Özcan Yeniçeri, who asked how much Turkey had spent on its defense budget since 2002. Yılmaz said Turkey spent about 1.71 percent of its Gross Domestic Product, or the GDP on defense in 2014. Turkey used to spend 3.5 percent of its GDP on defense in 2002. 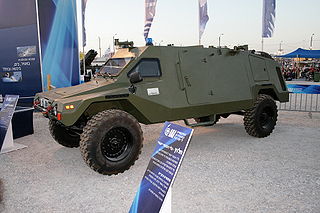 RAM MK3 is a light armored vehicle designed by IAI RAMTA. It is based on a 4×4 wheeled monocoque chassis.

Military build-up in Southeast Asia has been a noticeable trend, as shown by force modernization, although there is not necessarily political will to improve military effectiveness. The phenomenon has been attributed to various factors, including protecting economic interest, self-reliance in the reduction of US commitment in the region, domestic and foreign tensions, and the need to replace colonial era material, but also some non-military related factors such as national prestige, political corruption, etc.