The operas listed cover all important genres, and include all operas regularly performed today, from seventeenth-century works by Monteverdi, Cavalli, and Purcell to late twentieth-century operas by Messiaen, Berio, Glass, Adams, Birtwistle, and Weir. The brief accompanying notes offer an explanation as to why each opera has been considered important. For an introduction to operatic history, see Opera. The organisation of the list is by year of first performance, or, if this was long after the composer's death, approximate date of composition.

This list provides a guide to the most important operas, as determined by their presence on a majority of selected compiled lists (dating from between 1984 and 2000) of significant operas: see the Lists consulted section for full details.

Operas not included in the above list, but which were important milestones in operatic history.

The Gran Teatre del Liceu, or simply Liceu in Catalan, is an opera house on La Rambla in Barcelona, Catalonia, Spain. The Liceu opened on 4 April 1847. The adjacent Liceu metro station is named after the theatre. 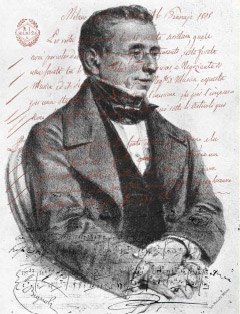 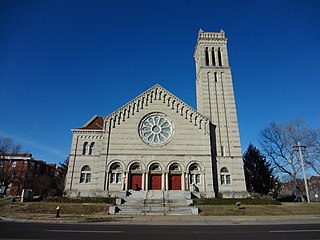 Union Avenue Opera is an opera company based in St. Louis, Missouri. The company was founded in 1994 by Scott Schoonover, the music director of Union Avenue Christian Church, which serves as the company's venue in St. Louis' Visitation Park neighborhood.

Grange Park Opera is a professional opera company and charity whose base is West Horsley Place in Surrey, England. Founded in 1998, the company staged an annual opera festival at The Grange, in Hampshire and in 2016-7, built a new opera house 'Theatre in the Woods' at West Horsley Place – the 350-acre estate inherited by author and broadcaster Bamber Gascoigne in 2014.

The Nashville Opera Association is a professional opera company in Nashville, Tennessee and is a member of OPERA America. The company currently offers four fully staged opera productions and an educational outreach program during an annual season which runs from October through April. Performances are offered at the Tennessee Performing Arts Center in Downtown Nashville and the Noah Liff Opera Center in the Sylvan Heights section of West Nashville. Designed by architect Earl Swensson, the 26,000-square-foot (2,400 m2) Noah Liff Opera Center houses the company's executive offices, conference facilities, and a rehearsal studio.

Lois Jeanette McDonall is a Canadian operatic soprano, especially known for her performances in the operas of Mozart and Donizetti.

Hervey Alan was an English operatic bass and voice teacher. During his career he sang leading roles with most of Great Britain's major opera institutions, including the Edinburgh Festival, the Glyndebourne Festival, the Royal Opera House, the Sadler's Wells Opera, and the Welsh National Opera. He is best known for creating the role of Mr. Redburn in the world premiere of Benjamin Britten's Billy Budd at the Royal Opera House, London, on 1 December 1951. Music critic Elizabeth Forbes wrote that his voice was "dark toned, resonant", and "especially effective as Zaccaria in Nabucco.

John Del Carlo was an American bass-baritone who had an active international opera and concert career from the 1973-2016. Music critic F. Paul Driscoll, wrote that "Del Carlo had the distinction of being not only one of the busiest artists in opera but one of the best liked, beloved throughout the U.S. by audiences and by his colleagues for decades." He was particularly active with the San Francisco Opera where he performed regularly from 1973-2015, and with the Metropolitan Opera where he appeared in more than 300 performances in 21 seasons from 1993-2016. He also frequently appeared at the San Diego Opera and the Seattle Opera, and gave performances at important opera houses internationally, including the Lyric Opera of Chicago, the Paris Opera, the Royal Opera House in London, and the Zurich Opera among many others. A skilled actor, Opera News stated that "Del Carlo made a career specialty of bringing authentic character to roles that are often dismissed as comprimario parts; in Del Carlo’s shrewdly judged performances, [these parts] became authentic star turns."

Krisztián Cser is a Hungarian operatic and concert singer (bass) and physicist, the soloist of the Hungarian State Opera.

This list was compiled by consulting nine lists of great operas, created by recognized authorities in the field of opera, and selecting all of the operas which appeared on at least five of these (i.e. all operas on a majority of the lists). The lists used were:

Operas included in all 9 lists