The story of Lee Poong-sang, a lonely middle-aged man, who has never lived for himself. [4] [5]

The eldest brother and father figure of the family.

He is the second oldest sibling and is seen as the family's "lost cause".

She is the older twin and a university hospital doctor.

She is the younger twin and is seen as the family's black sheep.

He is the youngest sibling. He couldn't realize his dream of becoming a professional baseball player.

Boon-shil's father. He runs the laundry.

The series is the third collaboration between screenwriter Moon Young-nam and director Jin Hyung-wook after  Three Brothers (2009-2010) and Wang's Family (2013-2014).[ citation needed ]

Kim Sung-kyun is a South Korean actor. Kim began his career in theatre, then made his screen debut as a gangster boss's faithful henchman in Nameless Gangster: Rules of the Time, followed by supporting roles in The Neighbor, Reply 1994, Reply 1988 and Moon Lovers: Scarlet Heart Ryeo (2016). 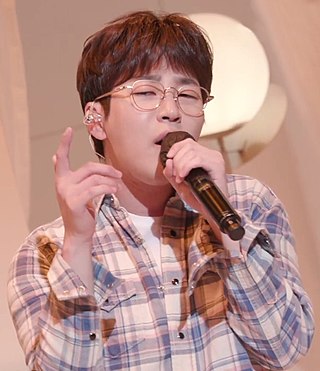 Lim Cheol (, better known by his stage name DinDin, is a South Korean rapper, producer, television personality and radio personality. He made his debut in the entertainment world in 2013 when he appeared as a contestant on “Show me the Money 2”. Since then, he has released numerous non-album singles, contributed to quite a few television drama soundtracks, and continued to make appearances on various reality programs, including “Dunia: Into a New World” and “Yo~! Welcome to Korea!” and has been a cast member of the variety show 2 Days & 1 Night Season 4 since 2019. 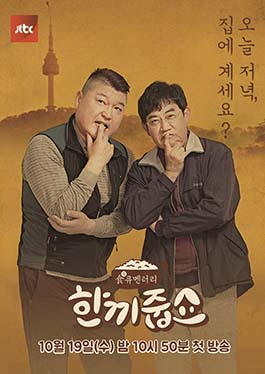 Let's Eat Dinner Together, also known as Dining Together, is a South Korean television program starring Lee Kyung-kyu and Kang Ho-dong. This is a documentary-like program that traces the journey of two men who have been called as "National MCs" in finding dinner. It is also the first collaboration between the duo since Kang's entry into the entertainment industry. It began airing on JTBC starting from October 19, 2016. 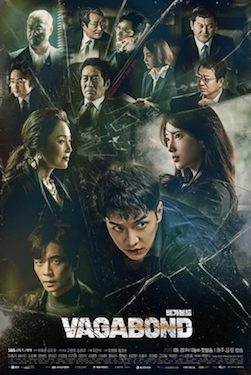 Vagabond is a 2019 South Korean television series starring Lee Seung-gi, Bae Suzy and Shin Sung-rok. It aired on SBS TV from September 20 to November 23, 2019 for 16 episodes. Each episode was released on Netflix in South Korea and internationally after their television broadcast. 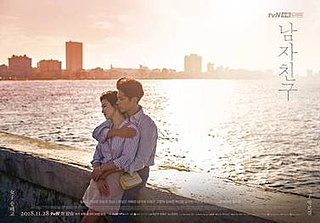 Encounter is a 2018 South Korean television series starring Song Hye-kyo and Park Bo-gum. It aired on tvN on Wednesdays and Thursdays at 21:30 (KST) time slot from November 28, 2018, to January 24, 2019 for 16 episodes. It is one of the highest-rated Korean dramas in cable television history. 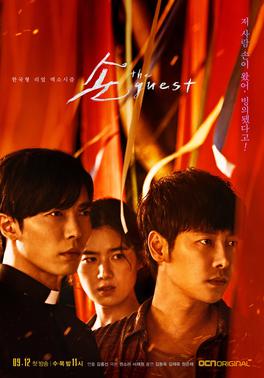 The Guest is a 2018 South Korean television series about exorcism and shamanism that stars Kim Dong-wook, Kim Jae-wook, and Jung Eun-chae. It aired from September 12 to November 1, 2018 as OCN's first series on the newly created Wednesdays and Thursdays at 23:00 (KST) time slot.

Real Man 300 is a South Korean reality program featuring male and female celebrities as they experience life in the military. It is a spin-off of reality program Real Man which had ended in 2016. It aired on MBC every Friday at 21:50 (KST) from September 21, 2018 to January 25, 2019. 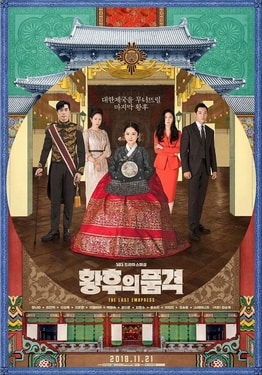 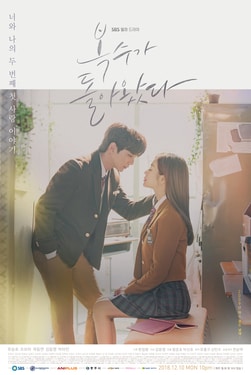 The Hymn of Death is a 2018 South Korean television miniseries based on true events, starring Lee Jong-suk and Shin Hye-sun. It aired on SBS from November 27 to December 4, 2018, and is available on Netflix worldwide. 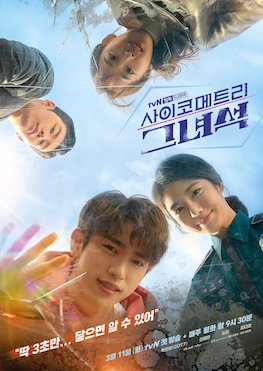 He Is Psychometric is a 2019 South Korean television series starring Park Jin-young, Shin Ye-eun, Kim Kwon, and Kim Da-som. It aired on tvN's Mondays and Tuesdays at 21:30 KST time slot from March 11 to April 30, 2019. 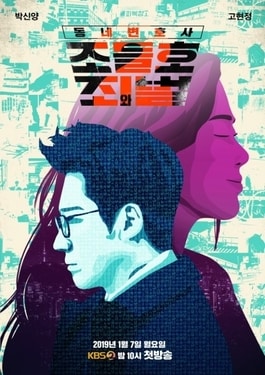 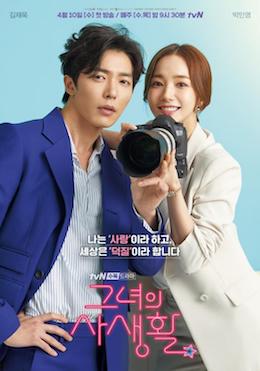 Her Private Life is a 2019 South Korean television series, created by Kim Hye-young and directed by Hong Jong-chan, starring Park Min-young, Kim Jae-wook, and Ahn Bo-hyun. Developed by Studio Dragon and produced by Bon Factory Worldwide, the show is based on a web novel called Noona Fan Dot Com written by Kim Sung-yeon and published in 2007. The series aired on tvN from April 10 to May 30, 2019. 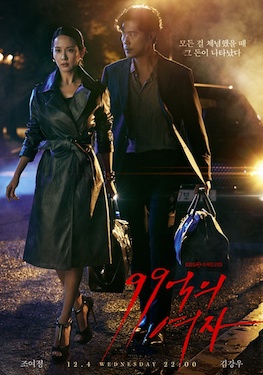 Phoenix 2020 is a South Korean television romantic drama series directed by Lee Hyun-jik starring Hong Soo-ah, Lee Jae-woo, Seo Ha-jun and Park Young-rin. The series is a reboot of the 2004 MBC series of the same name and includes 120 episodes. The story follows a rich woman and a poor man who marry, get divorced, and meet again after their fortunes have reversed. It premiered on SBS TV on October 26, 2020 and aired weekdays at 8:35 a.m. KST until April 9, 2021. The Uncanny Counter is a South Korean television series starring Jo Byung-gyu, Yoo Jun-sang, Kim Se-jeong and Yeom Hye-ran. Based on the Daum webtoon Amazing Rumor by Jang Yi, it centers on the titular character So Mun, a high school student with disability who is enlisted to be part of the Counters, a group of paranormal-hunters who search for and fight against evil spirits that escape from the afterlife to prey on humans. 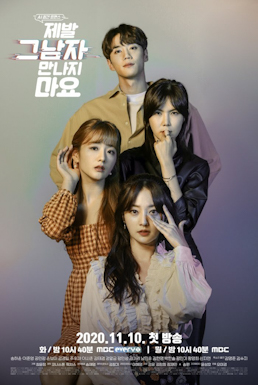 Please Don't Date Him is a 2020 South Korean romantic comedy television series, starring Song Ha-yoon, Lee Jun-young, Yoon Bo-mi and Gong Min-jung. Directed by Oh Mi-kyeong, the story of this series revolves around Seo Ji-seong a household appliances developer who dreams to live a life like a well-designed algorithm. The series was premiered on MBC Every 1 on November 10, 2020 and aired on every Tuesday at 22:40 (KST) till January 12, 2021. 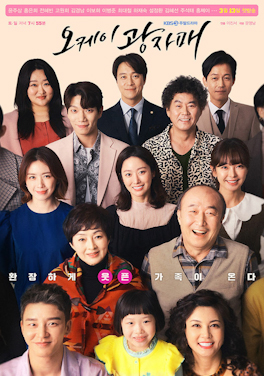 Revolutionary Sisters is a 2021 South Korean television series starring Yoon Joo-Sang, Hong Eun-Hee, Jeon Hye-bin, Kim Kyung-nam, Go Won-hee, and Lee Bo-hee. Directed by Lee Jin-seo, the weekend drama revolves around Lee sisters, who are suspected of murder of their mother during divorce proceedings of their parents. It premiered on KBS2 on March 13, 2021, and aired on every Saturday and Sunday from 19:55 (KST) till September 18.

Lee Sang-yi is a South Korean actor, musical actor and singer. He is best known for his roles in Once Again (2020), Youth of May (2021), and Hometown Cha-Cha-Cha (2021). As a singer, he is best known for being a member of the vocal group MSG Wannabe.