Lord Arthur Charles Hervey (20 August 1808 – 9 June 1894) was an English bishop who served as Bishop of Bath and Wells from 1869 to 1894. He was usually known by his aristocratic courtesy title, "Lord", rather than the style appropriate to a bishop, the Right Reverend.

Hervey was the fourth son of Frederick Hervey, 1st Marquess of Bristol, by Elizabeth Albana Upton, daughter of Clotworthy Upton, 1st Baron Templetown. His paternal grandfather was Frederick Hervey, 4th Earl of Bristol, the Bishop of Derry. He was born at his father's London house, 6 St James's Square, on 20 August 1808. From 1817 to 1822, he lived abroad with his parents, chiefly in Paris, and was taught by a private tutor. He entered Eton College in 1822 and remained there until 1826. He entered Trinity College, Cambridge, in 1827, and after a residence of two years and a half, obtained a first class in the classical tripos and graduated B.A. in 1830. [1]

Having been ordained both deacon and priest in October 1832, Hervey was instituted in November to the small family living of Ickworth-cum-Chedburgh, Suffolk, with which he was associated until 1869. Chedburgh, being in 1844 separated from Ickworth and joined to Horningsheath or Horringer, he also became curate of Horringer until in 1856 he was instituted to the rectory which he held with Ickworth. He was active in clerical work, took a leading part in the organisation of educational institutions in Bury St. Edmunds such as the Bury and West Suffolk Archaeological Institute of which he was the President. [2] He seems to have been the first to propose a system of university extension. [3] In 1862 he was appointed archdeacon of Sudbury.

On the resignation of Lord Auckland, Bishop of Bath and Wells, in 1869, he was offered the bishopric on the recommendation of William Ewart Gladstone, and was consecrated on 21 December. He remained in the post until his death in 1894. He was a moderate evangelical.

Hervey was a good linguist, and wrote some antiquarian papers. He was one of the committee of revisers of the Authorised Version of the Old Testament, which sat 1870–1884, and in 1885 received the honorary degree of D.D. from the university of Oxford in recognition of his services. He contributed largely to William Smith's Dictionary of the Bible and to the Speaker's Commentary . Besides sermons and lectures, charges and pamphlets, he was author of The Genealogies of our Lord (1853).

Hervey married Patience Singleton, daughter of John Singleton (born Fowke), of Hacely, Hampshire, and Mell, County Louth, on 30 July 1839. They had twelve children, of whom five sons and three daughters survived him. He died in Hackwood, near Basingstoke, the house of his son-in-law, C. Hoare, on 9 June 1894 in his eighty-sixth year and was buried in Wells.

In the 1870s, one of Hervey's daughters trained the mute swans in the five sided moat at the Bishops Palace to ring bells, by pulling strings, to beg for food. [4]

Wikisource has original works by or about:
Arthur Charles Hervey

John Hervey, 2nd Baron Hervey, was an English courtier and political writer. Heir to the Earl of Bristol, he obtained the key patronage of Walpole, and was involved in many court intrigues and literary quarrels, being apparently caricatured by Pope and Fielding. His memoirs of the early reign of George II were too revealing to be published in his time and did not appear for more than a century. 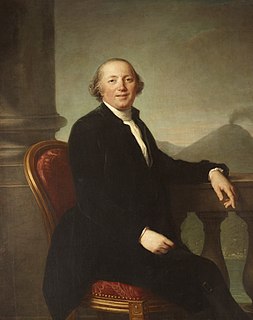 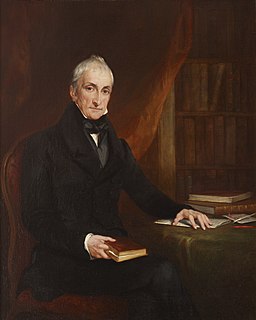 Frederick William Augustus Hervey, 8th Marquess of Bristol is a British peer. He succeeded his elder half-brother the 7th Marquess (1954–1999) in January 1999 as Marquess of Bristol. He is also the 12th Earl of Bristol, Earl Jermyn of Horningsheath in the County of Suffolk, 13th Baron Hervey of Ickworth in the County of Suffolk, and Hereditary High Steward of the Liberty of St Edmund, which encompasses the whole former county of West Suffolk.

Ickworth House is a country house near Bury St Edmunds, Suffolk, England. It is a neoclassical building set in parkland. The house was the residence of the Marquess of Bristol before being sold to the National Trust in 1998. 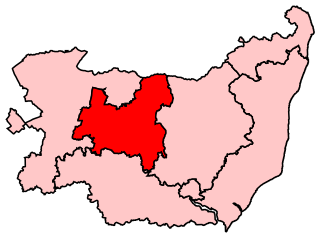 Bury St Edmunds is a constituency represented in the House of Commons of the UK Parliament since 2015 by Jo Churchill, a Conservative.

Victor Frederick Cochrane Hervey, 6th Marquess of Bristol, was a British aristocrat, hereditary peer and businessman. He was a member of the House of Lords, Chancellor of the International Monarchist League, and an active businessman who later became a tax exile in Monaco. 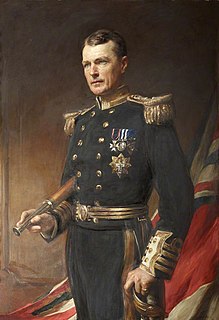 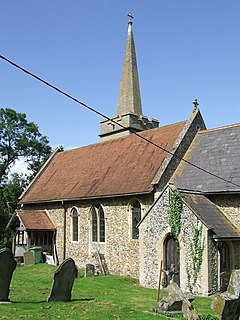 Chedburgh is a village and civil parish in the West Suffolk district of Suffolk in eastern England. Located on the A143 around five miles south-west of Bury St Edmunds, in 2005 its population was 650, reducing to 597 at the 2011 Census. 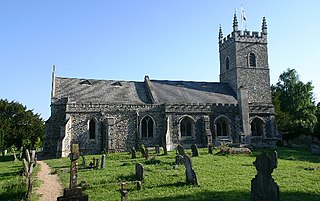 Horringer is a village and civil parish in the West Suffolk district of Suffolk in eastern England. It lies on the A143 about two miles south-west of Bury St Edmunds. The population in 2011 was 1055.

Ickworth is a small civil parish, almost coextensive with the National Trust landscape estate, Ickworth Park, in the West Suffolk district of Suffolk, eastern England, 2.3 miles (3.7 km) south-west of Bury St Edmunds. The population of the parish was only minimal at the 2011 Census and is included in the civil parish of Lawshall.

Sir Robert Jermyn DL (1539–1614) was a prominent East Anglian landowner and magistrate, of strongly reformist views in religion, who sat in the House of Commons at various times between 1584 and 1589.

Sir Thomas Hervey was an English Commissioner of the Royal Navy, landed gentleman, and Member of Parliament for Bury St Edmunds.