The Lord Derby Cup (French: Trophée Lord Derby), also known as French Rugby à XIII Cup, is the premier knockout competition for the sport of rugby league football in France. It is open to all French rugby league clubs and was also open to an Italian Club from 2017 to 2019 : the Saluzzo Roosters.

It was first contested in 1934, the same season as the French Rugby League Championship got under way. The first winner of the cup was US Lyon-Villeurbanne on 5 May 1935 in Toulouse.

The Lord Derby Trophy was donated by Edward Stanley, 17th Earl of Derby in May 1935 to the winner of the game between Castleford, English Challenge Cup champions, and US Lyon-Villeurbanne, defending French Cup champions. Edward George Villiers Stanley was the honorary president of the Rugby Football League, a politician and had also previously served as the British ambassador in Paris. The game took place on 12 May 1935 in Paris; US Lyon-Villeurbanne won it and were awarded the Trophy.

Some months after, to symbolize the English-French rugby league Entente Cordiale, US Lyon-Villeurbanne handed over the trophy to the Ligue Française de Rugby à XIII, and it was named the new emblem of the French Rugby League Cup. At the following Cup final on 19 April 1936, Côte Basque were awarded the Lord Derby Trophy and it has been competed for ever since.

XIII Catalan were a semi professional rugby league team from Perpignan in the Pyrénées-Orientales region of southern France. They were founded in 1934, and thus were founding members of the French rugby league championship. In 2000 they merged with nearby neighbours AS Saint Estève to form Union Treiziste Catalane, now better known in the English-speaking world by their Super League identity of Catalans Dragons. 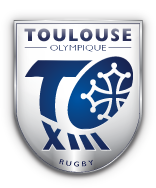 Villeneuve XIII RLLG originally called Sports Athletic Villeneuvois XIII are a semi-professional rugby league team based in Villeneuve-sur-Lot in the region of Aquitaine in southern France. Formed in 1934, the first French rugby league club, they currently play in the Elite One Championship the highest level of rugby league in France. They have won both the league title and the cup on nine occasions. Their home stadium is the Stade Max Rousie.

RC Carpentras XIII are a semi-professional rugby league club based in the city of Carpentras, Vaucluse in the south of France. Formed in 1938, they play in the Elite Two Championship in France, which is the 2nd tier. Their home ground is the Stade de la Roseraire.

Football Club de Lézignan are a semi-professional rugby league football club based in Lézignan-Corbières in the départment of Aude in the south of France. They play in the Elite One Championship. They have won seven French Championship titles and six Lord Derby Cups.

XIII Limouxin, also known as Limoux Grizzlies, are a semi-professional rugby league club from the town of Limoux in the Aude area in southern France. They play in the Elite One Championship. The club was formed in 1951. They have won the French rugby league championship three times and Lord Derby Cup on two occasions. The Stade de l'Aiguille is their home stadium.

Lyon Villeurbanne XIII are a semi-professional rugby league club from the town of Lyon, Rhône-Alpes in France. Formed in 1934 they are one of the oldest clubs in France. During the 1950s they won both the league and cup. They currently play in the Elite Two Championship which is the second tier. Their home stadium is the Stade Georges Lyvet and their player-coach for 2018-19 season is Sebastien Aguerra.

The Catalans Dragons are a professional rugby league club based in Perpignan, Pyrénées-Orientales, France and represent Catalonia. They play in the Super League. They have also played home matches in Barcelona, attracting a Super League regular season record crowd of 31,555 against the Wigan Warriors at the Nou Camp in 2019. Along with the Toronto Wolfpack are the only teams in the competition from outside England. The Dragons play home games at Stade Gilbert Brutus. They were the first non British team to win the Challenge Cup since the competition started in 1896, after beating Warrington Wolves 20–14 at Wembley Stadium on 25 August 2018.

The 2007/08 season was the fifth year of the Elite One Championship, the top level rugby league competition in France. The season commenced on 6 October 2007 and like the previous season, there were 11 teams with one team missing a round each week. A total of 22 rounds were played, with the last finishing on 12 April 2008 before the play-offs, that determined who played in the Grand Final. RC Albi were the league's new club having been promoted from the Elite Two Championship. Pia XIII were the defending champions having beaten Lezignan Sangliers in the 2006/2007 season Grand Final. The top 8 clubs qualified for the end of season play-offs. In the first week of the Play-Offs, Saint-Gaudens Bears and UTC both easily beat Toulouse Olympique and RC Albi respectively. However both teams were then beaten, Saint-Gaudens Bears by third placed AS Carcassonne, and UTC by Limoux Grizzlies in Week 2. Pia XIII beat AS Carcassonne in the first semi-final and a day later Lezignan Sangliers, the league leaders, squeezed past Limoux Grizzlies. In the Grand Final held at the Stade de la Mediterranee in Béziers, Lezignan Sangliers did what they had failed to do the previous season and beat Pia XIII 26-16, and thus winning the title for the first time. Despite finishing 8th and reaching the Lord Derby cup final RC Albi were relegated and Toulouse Olympique left the league and joined the English Rugby League system. SO Avignon were promoted from the 2nd tier. The Lord Derby Cup was won by Limoux Grizzlies.

The 2006/07 season was the fourth year of the Elite One Championship, the top-level rugby league French Championship. The season commenced on 6 October 2006. Like the previous season, there were 11 teams with one team missing a round each week. A total of 22 rounds were played, with the last finishing on 18 April 2007, before the top four Pia XIII, Toulouse Olympique, Lezignan Sangliers and Saint-Gaudens Bears progressed to the Play-Offs. Pia XIII beat Lezignan Sangliers in the Grand Final 20-16 which was played at Colomiers. That win completed a double for Pia XIII as they had already lifted the Lord Derby Cup beating AS Carcassonne 30-14. Lyon Villeurbanne XIII finished bottom, finishing with 23 points but it was Villefranche XIII Aveyron who'd finished 9th who were relegated to the Elite Two Championship, replaced by RC Albi.

The Elite One Championship is the top level rugby league competition in France. The season runs from September to April. The clubs play each other home and away then they enter into a play-off series culminating with a Grand Final.

Racing Club Albi XIII originally called Racing Club Albigeois XIII and more recently also known as Albi Tigers are a semi-professional rugby league team based in Albi in the Occitanie region in southern France. Formed in 1934 the club compete in the Elite One Championship the highest level of competition in France. They have won the French title on five occasions and the Lord Derby Cup once. Their current home stadium is Stade Mazicou.

Marseille XIII Avenir are a French Rugby league club based in Marseille, Bouches-du-Rhône in the Provence-Alpes-Côte d'Azur region. The club plays in the French National Division 2. The club was founded in 1946 and then re-founded in 2007. It plays its matches at the Stade Roger Couderc. In addition to the open age team, the club also has a women's team and a thriving junior section.

The season 2008/09 was the sixth year under the title Elite One Championship the top level rugby league competition in France. The season ran from October to May. Ten clubs competed for the title playing 20 rounds in the league before the top five progressed to the end of season play-offs. UTC who had finished 5th were not allowed to take their place in the play-offs, their place was given to Carpentras. Pia XIII were beaten by Lezignan Sangliers in a repeat of the previous two finals, and AS Carcassonne knocked out RC Carpentras XIII. At the second stage Lezignan shocked league leaders Limoux Grizzlies 20-18 away to reach the final in the other game AS Carcassonne eliminated Pia. In the elimination final Limoux thrashed AS Carcassonne 41-16. The final was held at Carcassonne's Stade Albert Domec and defending champions Lezignan Sangliers beat Limoux Grizzlies 40-32. At the other end of the table Lyon Villeurbanne XIII were relegated. In the Lord Derby cup final AS Carcassonne beat Limoux Grizzlies to complete a winless campaign for Limoux

The 2009/10 Elite One Championship season saw the league reduced to 9 teams with each team playing home and away with the top 5 going on to contest the play-offs. The season ran from October to May with Lezignan Sangliers eventually coming out on top after beating Pia XIII in the final which was played in Montpellier. This victory completed a league and cup double coming just a month after they had beaten Limoux Grizzlies in the Lord Derby Cup final 18-14 in Avignon.

Season 2010–2011 in the French Elite One Championship the top level league competition saw Lezignan Sangliers retain their title after they finished top of the table and then went on to beat Limoux Grizzlies in the Grand Final in Narbonne 17-12. The season ran from October to May and after 20 rounds of home and away matches the top five entered the play-offs. At the end of the season both RC Carpentras XIII and Saint-Gaudens Bears were relegated. The Lord Derby Cup was also won by Lezignan Sagliers to complete a second successive league and cup double, they beat Pia XIII in the final 27-18 in Carcassonne.

Season 2011/12 in the French Elite One Championship, the top level rugby league competition in France saw 10 teams play home and away matches before the top six progressed to the play-offs. The season ran from September to May. There were two new clubs, Toulouse Olympique returned to the competition after they had participated in the British rugby league second tier Championship and RC Lescure-Arthes XIII who had won promotion from the French second tier Elite Two Championship. Pia XIII finished top after the regular season and went on to reach the Grand Final, but they were beaten by AS Carcassonne in that final at Narbonne 26-20. The same two teams had already met in the Lord Derby Cup final with AS Carcassonne enjoying a league and cup double after winning 14-12. At the other end of the table Montpellier Red Devils opted for relegation thus saving new boys RC Lescure-Arthes XIII who had finished bottom.