The Lords Appellant were a group of nobles in the reign of King Richard II, who, in 1388, [1] sought to impeach some five of the King's favourites in order to restrain what was seen as tyrannical and capricious rule. The word appellant simply means '[one who is] appealing [in a legal sense]'. It is the older (Norman) French form of the present participle of the verb appeler, the equivalent of the English 'to appeal'. The group was called the Lords Appellant because its members invoked a procedure under law to start prosecution of the king's unpopular favourites known as 'an appeal': the favourites were charged in a document called an appeal of treason, a device borrowed from civil law which led to some procedural complications. [2]

There were originally three Lords Appellant: Thomas of Woodstock, Duke of Gloucester, son of Edward III and thus the king's uncle; Richard FitzAlan, Earl of Arundel and of Surrey; and Thomas de Beauchamp, Earl of Warwick. These were later joined by Henry Bolingbroke, Earl of Derby (the future king Henry IV) and Thomas de Mowbray, Earl of Nottingham.

They achieved their goals, first establishing a Commission to govern England for one year from 19 November 1386. [3] In 1387, the Lords Appellant launched an armed rebellion against King Richard and defeated an army under Robert de Vere, Earl of Oxford at the skirmish of Radcot Bridge, outside Oxford. [4] They maintained Richard as a figurehead with little real power.

They had their revenge on the king's favourites in the "Merciless Parliament" (1388). The nominal governor of Ireland, de Vere, and Richard's Lord Chancellor, Michael de la Pole, Earl of Suffolk, who had fled abroad, were sentenced to death in their absence. [5] Alexander Neville, Archbishop of York, had all his worldly goods confiscated. [5] The Lord Chief Justice, Sir Robert Tresilian, was executed, [5] as were Sir Nicholas Brembre, Lord Mayor of London, John Beauchamp of Holt, Sir James Berners, and Sir John Salisbury. Sir Simon Burley was found guilty of exercising undue influence over the king and was sentenced to death. [6] Derby and Nottingham, together with the Duke of York, tried to win a reprieve for him, but he was executed on 5 May.

In 1389, Richard's uncle, John of Gaunt, returned from Spain and Richard was able to rebuild his power gradually until 1397, when he reasserted his authority and destroyed the principal three among the Lords Appellant.[ citation needed ] However, in 1399 Richard was deposed by Gaunt's son, Henry of Bolingbroke, partly as a result of the royal confiscation of Gaunt's estate on his death. Bolingbroke succeeded him as Henry IV.

Richard never forgave the Lords Appellant. His uncle Gloucester was murdered in captivity in Calais; it was (and remains) widely believed[ weasel words ] that he was killed on Richard's orders. The Earl of Arundel was beheaded. Warwick lost his title and his lands and was imprisoned on the Isle of Man until Richard was overthrown by Henry Bolingbroke. The behaviour of the two junior Lords Appellant, Bolingbroke and Mowbray, probably influenced Richard's decision in 1398 to exile them both, and to revoke the permission he had given them to sue for any inheritance which fell due, as it did in relation to Mowbray's grandmother and, more significantly, of Bolingbroke's father, John of Gaunt.

Richard II, also known as Richard of Bordeaux, was King of England from 1377 until he was deposed in 1399. Richard's father Edward, Prince of Wales, died in 1376, leaving Richard as heir apparent to his grandfather, King Edward III. Upon the death of Edward III, the 10-year-old Richard succeeded to the throne. 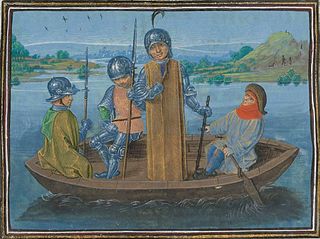 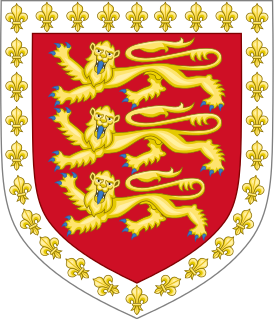 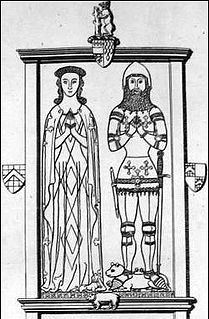 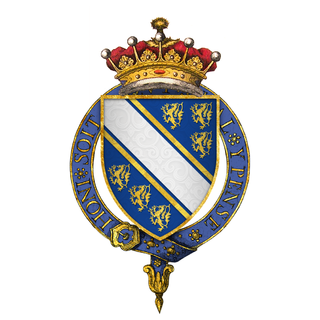 The Wonderful Parliament was an English parliamentary session held in October to November 1386 which pressed for reforms of King Richard II's administration. The King had become increasingly unpopular in the preceding years due in the main to perceived extravagance to his favourites and the unsuccessful prosecution of the ongoing war in France. Further, there was a well-grounded fear that the King of France was poised to invade England, as he had been gathering a fleet in Flanders for much of the year. Discontent with Richard II climaxed when the King requested a then-unprecedented sum with which to invade France himself. Instead of granting the King's request as he must have expected, the two Houses of the Lords and Commons effectively united against him and his unpopular Chancellor, Michael de la Pole, 1st Earl of Suffolk. They saw de la Pole as both a favourite who had benefited—unfairly—from the King's unwarranted largesse, and the minister responsible for the King's failures. They demanded the Earl's impeachment.

The Battle of Radcot Bridge was fought on 19 December 1387 in medieval England between troops loyal to Richard II, led by court favourite Robert de Vere, and an army captained by Henry Bolingbroke, Earl of Derby. It took place at Radcot Bridge, a bridge over the River Thames now in Oxfordshire but then the boundary between Oxfordshire and Berkshire

Sir John de Beauchamp, 1st Baron Beauchamp of Kidderminster (1339-1388) of Holt Castle in Worcestershire was an administrator and landowner.

Sir Walter Clopton was an English lawyer, and Chief Justice of the King's Bench from 1388 until his death in 1400.

Sir Thomas Mortimer was a medieval English soldier and statesman who served briefly in several important administrative and judicial state offices in Ireland and played a part in the opposition to the government of King Richard II. He was an illegitimate member of the Mortimer family, who were one of the leading noble houses in England and Ireland, and he helped to manage the Mortimer lands during the minority of the family heir, his nephew Roger, earl of March. Sir Thomas was also a close associate of the Lords Appellant who opposed the administration of King Richard II.