Berger was born in Basel to a family of teachers. In 1939 she entered the University of Basel. During World War II served in the army. At that time she was diagnosed with anorexia nervosa. Her first novel, Der barmherzige Hügel, was written in 1943 for a literary competition. [1] Lore Berger committed suicide on 14 August 1943 at the age of 21. Her book was published after her death. In 1981 the book was adapted by a German film director Beat Kuert into a movie “Die Zeit ist böse”. [2]

Frans Masereel was a Flemish painter and graphic artist who worked mainly in France. He is known especially for his woodcuts. His greatest work is generally said to be the wordless novel Passionate Journey. He completed over 20 other wordless novels in his career.

Siegfried Lenz was a German writer of novels, short stories and essays, as well as dramas for radio and the theatre. In 2000 he received the Goethe Prize on the 250th Anniversary of Johann Wolfgang von Goethe's birth. 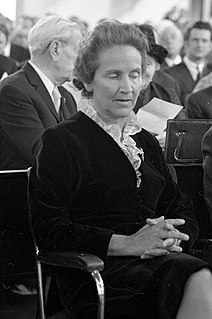 Marion Hedda Ilse Gräfin von Dönhoff was a German journalist who participated in the resistance against Nazism, along with Helmuth James Graf von Moltke, Peter Yorck von Wartenburg, and Claus Schenk Graf von Stauffenberg. After the war, she became one of Germany's leading journalists and intellectuals, working for over 55 years as an editor and later publisher of the Hamburg-based weekly newspaper Die Zeit. 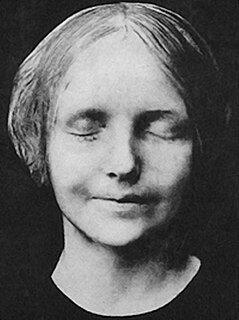 L'Inconnue de la Seine was an unidentified young woman whose putative death mask became a popular fixture on the walls of artists' homes after 1900. Her visage inspired numerous literary works. In the United States, the mask is also known as "La Belle Italienne".

James Schwarzenbach was a right-wing Swiss politician and publicist. In the 1970s he was head of the short-lived Republican Movement. He also was publisher of fascist, völkisch, and antisemitic literature as the owner of Thomas-Verlag. He served in the National Council from December 12, 1967 to February 28, 1979, representing the Canton of Zürich.

On 1 May 1945, hundreds of people killed themselves in the town of Demmin, in the Province of Pomerania, Germany. The suicides occurred during a mass panic that was provoked by atrocities committed by soldiers of the Soviet Red Army, who had sacked the town the day before. Although death toll estimates vary, it is acknowledged to be the largest mass suicide ever recorded in Germany. The suicide was part of a mass suicide wave amongst the population of Nazi Germany.

Mafalda Salvatini was an Italian opera singer who was primarily active in Germany during the first half of the 20th century. She excelled in the dramatic soprano repertoire of the Italian language and was one of the leading operatic sopranos in Berlin from 1908-1932. Although she performed as a guest artist in other German cities and in Austria, Belgium, France, the Netherlands, and Latvia, she never performed at theatres in her native country. She made several recordings for the Deutsche Grammophon and Odeon record labels.

Rudolf Querner was a German SS functionary during the Nazi era. He served as the Higher SS and Police Leader in Austria and Germany and was responsible for the evacuations and death marches from concentration camps at the end of the war. Arrested by the Allied authorities, he committed suicide in prison.

Oliver Jens Schmitt is a professor of South-East European history at Vienna University since 2005. He is a member of the Austrian Academy of Sciences. 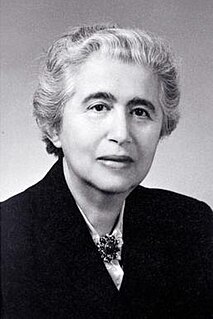 Selma Stern-Täubler was one of the first women to become a professional historian in Germany, and the author of a seven-volume work The Prussian State and the Jews, her opus magnum.

Schwabenhass is a neologism referring to aversion to the approximately 300,000-strong Swabian diaspora in Berlin and elsewhere in Germany outside of Swabia. In 2013, the so-called Spätzle-streit gained nationwide attention. 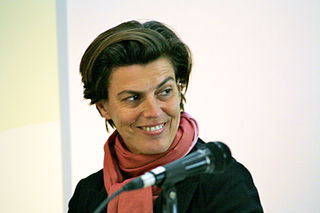 Carolin Emcke is a German author and journalist who worked for Der Spiegel from 1998 to 2006, often writing from areas of conflicts. In 2008 she published Stumme Gewalt in memory of Alfred Herrhausen, who was murdered, probably by the Red Army Faction, in 1989. In 2013 she published her autobiography, How We Desire. She was awarded the Friedenspreis des Deutschen Buchhandels in 2016. 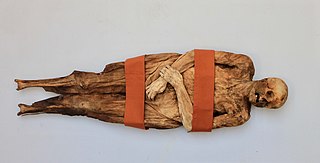 Annette Leo is a German historian and biographer.

Magdalena Aebi was a Swiss philosopher known for her fundamental criticism of Immanuel Kant.