Lotta flyttar hemifrån is a Swedish film which was released to cinemas in Sweden on 18 September 1993, [1] directed by Johanna Hald. [2] It's the 2nd film based on the books about Lotta på Bråkmakargatan written by Astrid Lindgren. 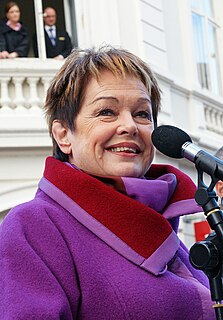 Ghita Nørby is a Danish actress with 117 film credits to her name from 1956–2005, making her one of the most active Danish actresses ever. She was born in Copenhagen, Denmark, the daughter of opera singer Einar Nørby (1896–1983). She studied two years at the Danish Royal Theatre, and was an actress there from 1956–1959.

Helena Kristina Bergström Nutley is a Swedish actress and film director. From an acting family, she began her career in 1982. She has appeared on the stages of the Royal Dramatic Theatre (Dramaten) and the Stockholm City Theatre, but is best known for her work in films. The Women on the Roof is considered a breakout role for her. Her most awarded film is The Last Dance, for which she received the Guldbagge Award for Best Actress in a Leading Role and Festival Awards in Montreal and Istanbul. Her husband, Colin Nutley, has directed her in several movies. In 2007, she directed for the first time for the film Mind the Gap. She is also a screenwriter and a singer.

Sällskapsresan 2 – Snowroller is a Swedish comedy film which was released to cinemas in Sweden on 4 October 1985, directed by Lasse Åberg and Peter Hald.

Johan Rabaeus is a Swedish actor who was born in Stockholm but grew up in Paris and Geneva. 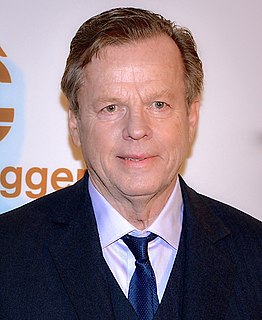 Pettson and Findus is a series of children's books written and illustrated by Swedish author Sven Nordqvist. The books feature an old farmer (Pettson) and his cat (Findus) who live in a small ramshackle farmhouse in the countryside. The first of the Pettson och Findus book to be published was Pannkakstårtan in 1984. 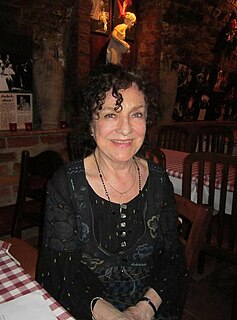 Lotta på Bråkmakargatan is a Swedish film which was released to cinemas in Sweden on 26 September 1992, based on the books by Astrid Lindgren, directed by Johanna Hald. was followed by Lotta flyttar hemifrån. 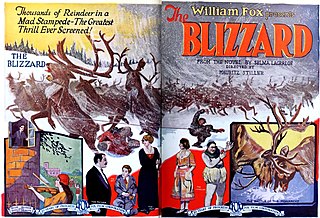 The Blizzard is a 1923 Swedish drama film directed by Mauritz Stiller, starring Einar Hanson, Mary Johnson, Pauline Brunius, and Hugo Björne. The film's original Swedish title is Gunnar Hedes saga, which means "The story of Gunnar Hede". The narrative revolves a student who tries to save his family's mansion which is facing bankruptcy. The film is loosely based on the Selma Lagerlöf novel The Tale of a Manor.

Pierre Ernst Vilhelm Lindstedt is a Swedish actor. He has appeared in more than 50 films and television shows since 1966. He is the son of actor Carl-Gustaf Lindstedt.

Gunilla Kristina Röör is a Swedish actress. She is daughter to Inger Berggren. As of 2011, she worked at Stockholm City Theatre. She is married to Per Sandberg; the couple has one child together.

Lottie Ejebrant is a Swedish actress. She has been married to Gunnar Edander.

Freud's Leaving Home is a 1991 Swedish comedy film directed by Susanne Bier. The film won ten awards and was nominated for three.

Margreth Weivers is a Swedish actress. She has appeared in more than 100 films and television shows since 1943. 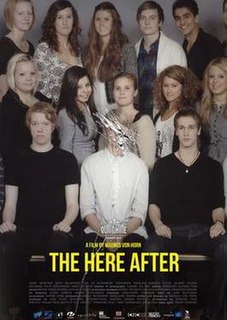