Louis J. Stathis (September 29, 1952 – May 4, 1997) [1] was an American author, critic and editor, mainly in the areas of fantasy and science fiction. During the last four years of his life he was an editor for DC Comics' Vertigo line, [2] working on such titles as Preacher , Doom Patrol , Industrial Gothic , Peter Kuper's The System, and Dhampire.

Stathis was a columnist and editor for Heavy Metal and a columnist for Ted White's Fantastic magazine; during the late 1970s and early 1980s, he also wrote a monthly column on contemporary popular music for Gallery magazine. He worked as an editor for Ace Books, High Times and Reflex magazine. [3] [4]

"I see connections between all vital forms of popular art. At Heavy Metal and Reflex, we would feature side-by-side profiles of guys like Tom Waits, Captain Beefheart, The Residents, Sun Ra, Voivod, Ice Cube, Francis Coppola, David Cronenberg, Susan Sontag (by Samuel R. Delany), James Ellroy (by Lewis Shiner), Kathy Acker, Neil Gaiman (who also interviewed Lou Reed for us), Alan Moore, Moebius, Brian Bolland, and Dave McKean––as if they all deserved commensurate attention (they do). The idea was––and still is––that it's all in the mix, and to erect barriers between, say, comics and music, to ignore the noise from any part of the system, is counterproductive and just plain stupid. Most of the artists and writers I know listen to and take inspiration from music while they work. Most of the musicians I know read comics and get off on the imagery. There's an intense, cross-cultural/media conversation going on, and all you have to do to hear it is stop listening selectively." [5]

While he was an editor at Vertigo, Stathis began having headaches that kept him from working. He died of respiratory failure ten months after being diagnosed with a brain tumor.

In June 1997, he received a special award from the International Horror Guild. [6]

Heavy Metal is an American science fiction and fantasy comics magazine, published beginning in 1977. The magazine is known primarily for its blend of dark fantasy/science fiction, erotica and steampunk comics.

Vertigo Comics, also known as DC Vertigo or simply Vertigo, was an imprint of American comic book publisher DC Comics started by editor Karen Berger in 1993. Vertigo's purpose was to publish comics with adult content, such as nudity, drug use, profanity, and graphic violence, that did not fit the restrictions of DC's main line, thus allowing more creative freedom. Its titles consisted of company-owned comics set in the DC Universe, such as The Sandman and Hellblazer, and creator-owned works, such as Preacher, Y: The Last Man and Fables. The Vertigo branding was retired in 2020, and most of its library transitioned to DC Black Label.

Richard Corben was an American illustrator and comic book artist best known for his comics featured in Heavy Metal magazine, especially the Den series which was featured in the magazine's first film adaptation in 1981. He was the winner of the 2009 Spectrum Grand Master Award and the 2018 Grand Prix at Angoulême. In 2012 he was elected to the Will Eisner Award Hall of Fame. 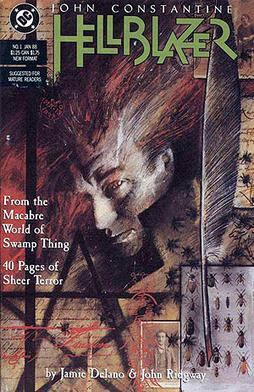 John Constantine, Hellblazer is an American contemporary horror comic-book series published by DC Comics since January 1988, and subsequently by its Vertigo imprint since March 1993, when the imprint was introduced. Its central character is the streetwise English exorcist and con man John Constantine, who was created by Alan Moore and Stephen R. Bissette, and first appeared as a supporting character in Swamp Thing #37, during that creative team's run on that title. Hellblazer had been published continuously since January 1988, and was Vertigo's longest-running title, the only remaining publication from the imprint's launch. In 2013, the series concluded with issue 300, and was replaced by Constantine, which returned the character to the mainstream DC Universe. The original series was revived in November 2019 for twelve issues as part of The Sandman Universe line of comics, under the DC Black Label brand. Well known for its extremely pessimistic tone and social/political commentary, the series has spawned a film adaptation, television show, novels, and multiple spin-offs and crossovers. 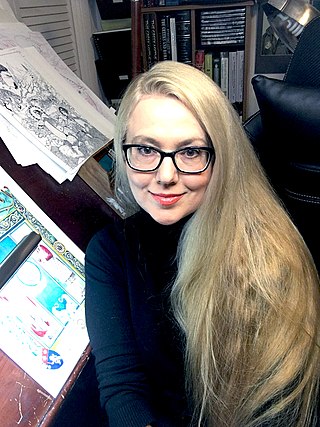 Colleen Doran is an American writer-artist and cartoonist. She illustrated hundreds of comics, graphic novels, books and magazines, including the autobiographical graphic novel of Marvel Comics editor and writer Stan Lee entitled Amazing Fantastic Incredible Stan Lee, which became a New York Times bestseller. She adapted and did the art for the short story "Troll Bridge" by Neil Gaiman, which also became a New York Times bestseller. Her books have received Eisner, Harvey, Bram Stoker, and International Horror Guild Awards.

Shawn McManus is an American artist who has worked extensively over three decades for DC Comics and other companies, notably for DC's Vertigo imprint including the Fables series.

Eduardo Risso is an Argentine comics artist. In the United States he is best known for his work with writer Brian Azzarello on the Vertigo title 100 Bullets, while in Argentina and Europe he is noted for his collaborations with Ricardo Barreiro and Carlos Trillo. He has received much acclaim for his work.

Notable events of 1997 in comics. See also List of years in comics. 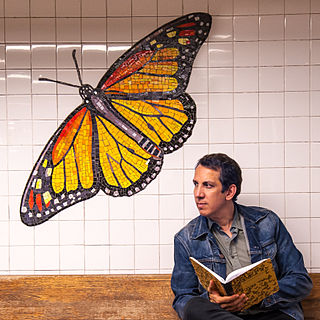 Ted McKeever is an American artist known for his work in the comic book industry. A master of pen-and-ink, McKeever has also fully painted many comics. He is known for his distinct graphic style and "bold, angular lines, which gives his work a fantastic, almost Kafka-esque edge." 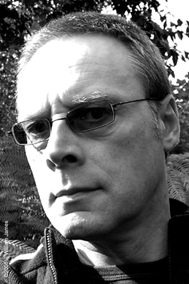 Jamie Delano is an English comic book writer. He was part of the first post-Alan Moore "British Invasion" of writers which started to feature in American comics in the 1980s. He is best known as the first writer of the comic book series Hellblazer, featuring John Constantine.

Wayne Wright Howard was an African-American comic book artist. He is best known for his 1970s work at Charlton Comics, where he became American comic books' first series creator known to be credited on covers, with the horror anthology Midnight Tales announcing "Created by Wayne Howard" on each issue — "a declaration perhaps unique in the industry at the time".

Nick Abadzis is a British comic book writer and artist.

Dhampire: Stillborn, also known simply as Dhampire, is an American graphic novel published in 1996 by Vertigo, an imprint of DC Comics. The series was created by horror writer Nancy A. Collins and was painted by artist Paul Lee.

Those Annoying Post Bros. is an independent comic mostly by Matt Howarth about two fun-loving bad boys, Ron Post and Russ Post, from the fictional Bugtown. Equally inspired by H. P. Lovecraft, Philip K. Dick, and ambient electronic music, the series ran for 63 issues from 1985–1998, making it one of the longest-running indy comics titles.

Joan Hilty is an American cartoonist, educator, and comic book editor. She was a Senior Editor for mainstream publisher DC Comics and currently works for Nickelodeon as Editorial Director for graphic novels, comics, and legacy properties. Hilty works independently as both a writer-artist and editor.