Louis Stokes (February 23, 1925 – August 18, 2015) was an American attorney, civil rights pioneer and politician. He served 15 terms in the United States House of Representatives – representing the east side of Cleveland – and was the first African American congressman elected in the state of Ohio. [1] He was one of the Cold War-era chairmen of the House Intelligence Committee, headed the Congressional Black Caucus, and was the first African American on the House Appropriations Committee. [2]

Stokes was born in Cleveland, Ohio, the son of Louise (née Stone) and Charles Stokes. [3] He and his brother, politician Carl B. Stokes, lived in one of the first federally funded housing projects, the Outhwaite Homes. Stokes attended Central High School and later served in the U.S. Army from 1943-46. After attending Western Reserve University and Cleveland-Marshall College of Law on the G.I. Bill, [2] Stokes began practicing law in Cleveland in 1953. He argued the "stop and frisk" case of Terry v. Ohio before the United States Supreme Court in 1968. [2] Later in 1968, he was elected to the House, representing the 21st District of Ohio on Cleveland's East Side. He shifted to the newly created 11th District, covering much of the same area following a 1992 redistricting. Stokes served 30 years in total, retiring in 1999.[ citation needed ]

Stokes' tenure in the House of Representatives included service on the House Appropriations Committee, where he was influential in bringing revenue to Cleveland. He was particularly interested in veterans' issues and secured funds for health-care facilities for veterans in Cleveland. [2]

In the 1970s, Stokes served as Chairman of the House Select Committee on Assassinations, charged with investigating the murders of President John F. Kennedy and civil rights leader Martin Luther King Jr. He served on the House committee that investigated the Iran-Contra Affair. As Chairman of the House Ethics Committee, Stokes oversaw the committee's investigation of a corruption scandal known as ABSCAM in 1979–80, which eventually led to convictions of one senator and six House members. Recalling Stokes, U.S. Attorney Steven Dettelbach said: "We were in the midst of a huge ... corruption scandal, and public service was taking a public beating. But Lou Stokes was there as a shining beacon of integrity, of excellence and most important of all for us, of justice." [2]

In 1971, he was a founding member of the Congressional Black Caucus.

In 1992, Stokes ran for president as an Ohio favorite son, winning the delegates from his home district in Ohio, and then, in a minor Democratic convention drama, refused to release the delegate's votes until the Clinton campaign formally asked for them. [2]

Following his time in Congress, Stokes became a Distinguished Visiting Professor at the Jack, Joseph and Morton Mandel School of Applied Social Sciences at Case Western Reserve University. He actively served in this role until the time of his death.

Stokes' daughter, Angela, is a former Cleveland Municipal Court judge who served from 1995 through 2015, while another, Lori, is the Co-anchor of Good Day New York WNYW Fox 5. His son, Chuck, is also a journalist with WXYZ-TV in Detroit. Stokes' brother, Carl B. Stokes, was the first African American mayor of a large American city. [2] Stokes was a cousin of funk and R&B musician Rick James. [4] [5]

Stokes was a Prince Hall Freemason, [6] and a member of the Cleveland Alumni chapter of Kappa Alpha Psi fraternity.

Stokes retired in 2012 as Senior Counsel in the law firm of Squire, Sanders & Dempsey, with offices in Cleveland and Washington. [7]

The Cuyahoga Metropolitan Housing Authority opened the Louis Stokes Museum on September 13, 2007. [10] [11] This Museum houses Stokes memorabilia, video interviews, miscellaneous video footage, awards and a written history about Stokes and his rise to prominence. The museum is located at Outhwaite Homes, 4302 Quincy Avenue. [11]

From 2006-08, the Western Reserve Historical Society opened an exhibition on the lives of Congressman Stokes and his brother titled "Carl and Louis Stokes: From the Projects to Politics". The exhibit uses photographs, manuscript collections, and personal items to showcase Louis Stokes' rise from the Outhwaite homes, his legal career, and his Congressional service. The former Congressman was inducted into the Karamu House Hall of Fame in 2007 for his contributions to the continued legacy of Cleveland's black settlement house and theatre.[ citation needed ]

Many buildings throughout the country have been named in Stokes honor including: Howard University's medical library, the Cleveland Public Library's main building expansion, and the GCRTA's Windermere station Louis Stokes Station at Windermere. The greater Cleveland area Veteran's hospital was renamed the Louis Stokes Cleveland Department of Veteran Affairs Medical Center. Building 50 on the campus of the National Institutes of Health is named the Louis Stokes Laboratories. [12] 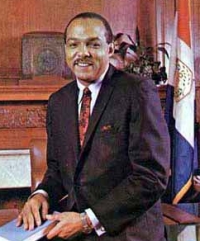 Carl Burton Stokes was an American politician and diplomat of the Democratic party who served as the 51st mayor of Cleveland, Ohio. Elected on November 7, 1967, and taking office on January 1, 1968, he was one of the first black elected mayors of a major U.S. city.

Outhwaite Homes is a public development under jurisdiction of the Cuyahoga Metropolitan Housing Authority in Cleveland, Ohio. Built in 1935 by architects Edward J. Maier, Travis G. Walsh, and Leo J. Barrett and possibly named after Joseph H. Outhwaite, it was the first federally funded public housing in the Cleveland area and one of the first in the U.S.. At the time of its opening, rent was listed at $4.78. The 100-plus-unit complex at East 55th Street and Woodland Avenue is, in autumn of 2011, in the final stages of redevelopment. The Outhwaite Homes, like other housing developments in the CMHA, provides residential housing for low-income families in the eastern section of downtown Cleveland.

Michael Ray Turner is an American politician serving as the U.S. Representative for Ohio's 10th congressional district, serving in Congress since 2003. He is a member of the Republican Party. Turner's district, numbered as the 3rd District from 2003 to 2013, is based in Dayton and consists of Montgomery, Greene and Fayette counties.

Stephanie Tubbs Jones was an American politician who served as the U.S. Representative for Ohio's 11th congressional district from 1999 until her death in 2008. A member of the Democratic Party, her district encompassed most of Downtown and Eastern Cleveland and many of the eastern suburbs in Cuyahoga County, including Euclid, Cleveland Heights and Shaker Heights. She was the first African American woman to be elected to Congress from Ohio. 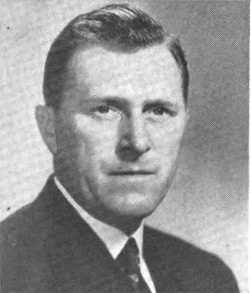 Charles Albert Vanik was a Democratic politician from Ohio. He served in the United States House of Representatives. 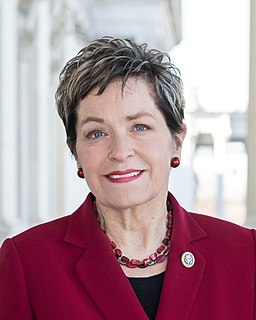 Marcia Carolyn Kaptur is an American politician serving as the U.S. Representative for Ohio's 9th congressional district. She is a member of the Democratic Party. The district stretches from Kaptur's hometown of Toledo to Cleveland. It includes all of Ottawa and Erie counties, and parts of Lucas, Lorain, and Cuyahoga counties.

Timothy John Ryan is an American politician serving as the U.S. Representative for Ohio's 13th congressional district since 2013. A member of the Democratic Party, he first entered Congress in 2003, representing Ohio's 17th congressional district until redistricting. Ryan's district currently takes in a large swath of the state's northeastern part, from Youngstown to Akron. 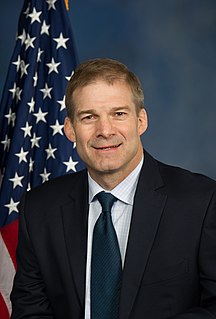 James Daniel Jordan is an American politician serving as the U.S. representative for Ohio's 4th congressional district since 2007. His district stretches from Lake Erie to just below Urbana in the north-central and western portions of the state and includes Lima, Marion, Tiffin and Elyria. A member of the Republican Party, Jordan is a former collegiate wrestler and college wrestling coach. 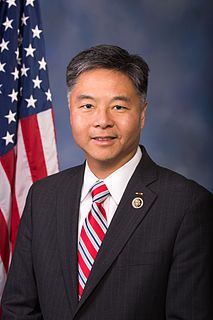 Ted W. Lieu is an American politician serving in his third term as the U.S. Representative for California's 33rd congressional district since 2015. The district includes much of western and west Valley Los Angeles, as well as Beverly Hills, Santa Monica, Bel Air, Calabasas, Agoura Hills, the Palos Verdes Peninsula and Beach Cities.

Robert Edward Latta is the United States Representative for Ohio's 5th congressional district, serving since 2007. He is a member of the Republican Party. The district includes many of Toledo's suburbs and includes the cities of Findlay, Bowling Green, Napoleon, Sylvania, Defiance and Van Wert, Ohio. 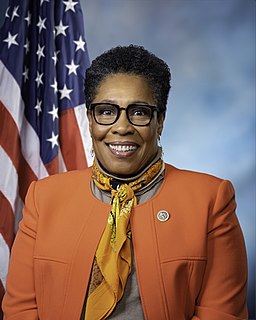 Marcia Louise Fudge is an American politician who has been the U.S. Representative for Ohio's 11th congressional district since 2008. A member of the Democratic Party, she won the 2008 special election uncontested, succeeding Stephanie Tubbs Jones who died in office. Fudge was chair of the Congressional Black Caucus in the 113th Congress. President-elect Joe Biden intends to nominate Fudge as secretary of housing and urban development in the incoming Biden administration.

John Warren "Jack" Bergman is a retired United States Marine Corps lieutenant general and the U.S. Representative for Michigan's 1st congressional district. He served as commanding general of Marine Forces Reserve and Marine Forces North. He also served as a naval aviator, flying rotary-winged aircraft such as the CH-46 and UH-1, as well as fixed-wing aircraft such as the T-28 and KC-130. A Republican, he was elected to the U.S. House in the 2016 election. Bergman is the highest-ranking military official ever elected to the United States Congress. 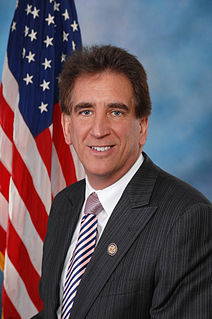 James B. Renacci is an American accountant, businessman, and politician who served as the U.S. Representative for Ohio's 16th congressional district from 2011 to 2019. A Republican, he is a former city council president and two-term Mayor of Wadsworth, Ohio. In 2018, Renacci was the unsuccessful Republican nominee for the U.S. Senate, losing to Democratic incumbent Sherrod Brown. On June 25, 2020, Renacci announced that he had been drafted to serve as the Chairman of the Medina County GOP.

Jeffrey D. Johnson is an American politician and attorney serving as a member of Cleveland City Council for Ward 10. Johnson previously served as councilman for Ward 8 from 1984 to 1990 and as a member of the Ohio Senate from 1990 to 1998. 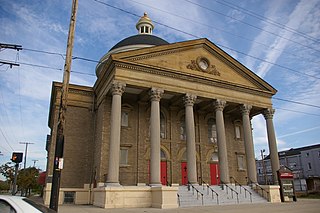 Central is a neighborhood on the East Side of Cleveland, Ohio. Situated on the outskirts of downtown, Central is bounded roughly by East 71st Street on its east and East 22nd Street on its west, with Euclid Avenue and Woodland Avenue on its north and south respectively. The neighborhood is eponymously named for its onetime main thoroughfare, Central Avenue. It is home to several schools, including East Technical High School.

David Patrick Joyce is an American politician and former prosecutor who has served as the United States Representative for Ohio's 14th congressional district since 2013. An attorney, Joyce was previously the prosecutor of Geauga County, Ohio. He is a member of the Republican Party.

The Cuyahoga Metropolitan Housing Authority (CMHA) is a governmental organization responsible for the ownership and management of low-income housing property in Cuyahoga County, Ohio. The organization was founded in 1933, making it the first housing authority in the United States.

Michael Wager is an attorney for Taft Stettinius & Hollister in Cleveland, Ohio, serving as the Chair of the firm's Business & Finance Group. Wager was the 2016 Democratic candidate for U.S. Congress in Ohio's 14th District; he also ran in 2014.

Anna V. Brown was an African-American advocate for the elderly who assisted Mayor Carl Stokes in developing aging programs in Cleveland, Ohio, in the 1970s. She was inducted into the Ohio Department of Aging Hall of Fame and served as the president of the National Council on Aging.

Warren Earl Davidson is an American politician and former military officer serving as U.S. Representative for Ohio's 8th Congressional District since 2016. Prior to political office he was an officer in United States Army Special Operations and led his family's manufacturing business. Davidson is a member of the Republican Party.