Louisa Lane Drew (January 10, 1820 – August 31, 1897) was an English-born American actress and theatre owner and an ancestor of the Barrymore acting family. [1] Professionally she was often known as Mrs. John Drew.

Louisa and her mother came to America when she was six years old. She proved to be a child prodigy playing five different adult roles within one play at the age of eight in 1828. As a young woman and strolling player, her theatrical travels took her, her mother and half sisters as far away as Jamaica, by sailing ship, where one of her step fathers died. She returned to the United States in 1847 to support Junius Brutus Booth. [2] She appeared in several plays with both him and his son, John Wilkes Booth. [4]

She and her third husband John Drew were the parents of Louisa Drew (1852–1888), John Drew, Jr. and Georgie Drew (Barrymore). She had no known children from her first two marriages. The Drews owned the Arch Street Theatre, where they staged performances, and she managed the business. The Arch Street was a competitor theatre of the still standing Walnut Street Theatre. After her husband's death Mrs Drew adopted a baby boy and named him Sidney. She was the grandmother through Georgie of John Barrymore, Ethel Barrymore and Lionel Barrymore. Her other grandchildren were Georgie Drew Mendum [5] [6] [7] , Edward Mendum, ? Mendum, Louise Drew, and S. Rankin Drew. She is the great-great-grandmother of Drew Barrymore.

In May 1895 the aged Mrs Drew appeared in an all-star revival of Sheridan's The Rivals . [8] [9] In 1897 an ailing Louisa Drew spent her last summer at her annual Larchmont, New York retreat with her grandsons Lionel and John Barrymore. 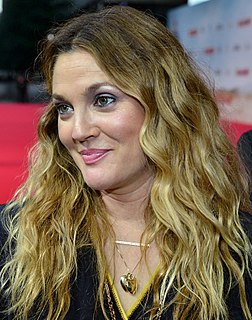 Drew Blythe Barrymore is an American actress, producer, director, author, model, and entrepreneur. She is a member of the Barrymore family of actors, and the granddaughter of John Barrymore. She achieved fame as a child actress with her role in E.T. the Extra-Terrestrial (1982). She is the recipient of numerous accolades, including a Golden Globe, a Screen Actors Guild Award, and a BAFTA nomination. 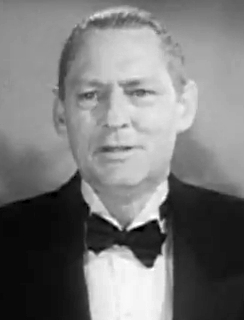 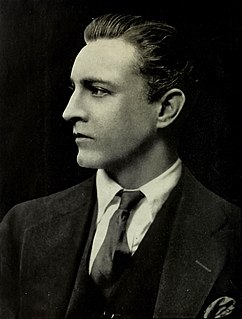 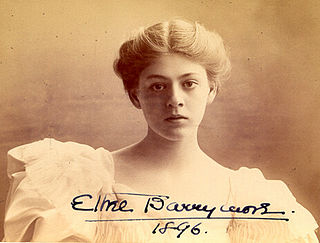 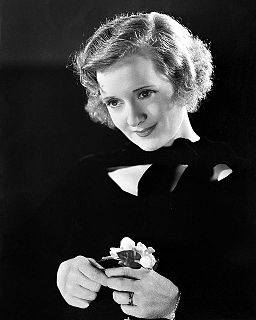 Mary William Ethelbert Appleton Burke, generally known as Billie Burke, was an American actress who was famous on Broadway, on radio, early silent film, and subsequently in sound film. She is best known to modern audiences as Glinda the Good Witch of the North in the Metro-Goldwyn-Mayer movie musical The Wizard of Oz (1939).

John Drew was an Irish-American stage actor and theatre manager. 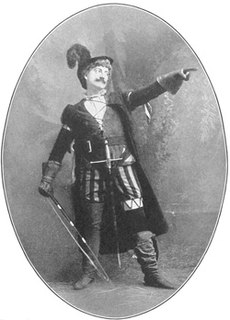 John Drew Jr. was an American stage actor noted for his roles in Shakespearean comedy, society drama, and light comedies. He was the eldest son of John Drew, who had given up a blossoming career in whaling for acting, and Louisa Lane Drew, and the brother of Louisa Drew, Georgiana Drew and Sidney Drew. As such, he was also the uncle of John, Ethel, and Lionel Barrymore and also great-great uncle to Drew Barrymore. He was considered to be the leading matinee idol of his day, but unlike most matinee idols Drew's acting ability was largely undisputed.

Herbert Arthur Chamberlayne Blythe, known professionally by his stage name Maurice Barrymore, was an Indian-born British stage actor. He was the patriarch of the Barrymore acting family, father of John, Lionel and Ethel, and great-grandfather of actress Drew.

Blitz! is a musical by Lionel Bart. The musical, described by Steven Suskin as "massive", was set in the East End of London during the Blitz. The story drew on Bart's childhood memories of London's Jewish East End during the Blitz and, like most musicals, centred on a romance between a young couple, in this case a Jewish woman and a Cockney man, although the largest role and main point-of-view character is that of Mrs Blitztein, the young woman's mother. Steven Suskin describes it as "Abie's Irish Rose set against the burning of Atlanta." Bart himself described the play as "…three human stories inside an epic canvas; the major human conflict – the major plot – personifies the spirit of London and how that spirit developed during the period of the piece." 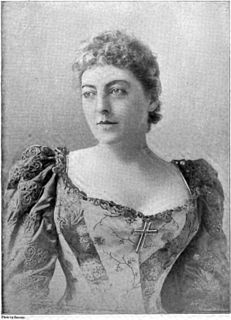 Georgiana Emma Drew, a.k.a.Georgie Drew Barrymore, was an American stage actress and comedian and a member of the Barrymore acting family. 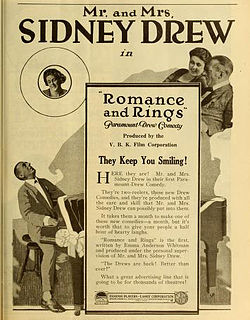 Mr. & Mrs. Sidney Drew were an American comedy team on stage and screen. The team initially consisted of Sidney Drew and his first wife Gladys Rankin. After Gladys died in 1914, Sidney Drew married Lucile McVey (1890–1925), and the two performed as Mr. and Mrs. Sidney Drew. 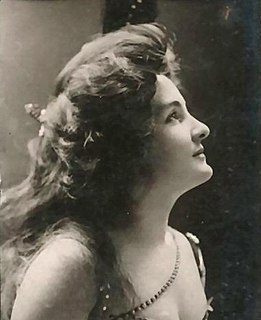 Phyllis McKee Rankin was a Broadway actress and singer from the 1880s to the 1920s.

Georgie Eva Cayvan was a popular stage actress in the United States in the later part of the nineteenth century. 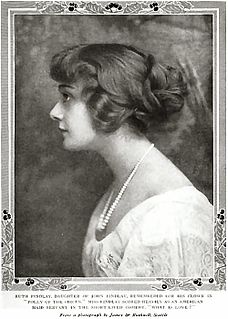 Ruth Findlay was an American stage actress active over the early decades of the 20th century. 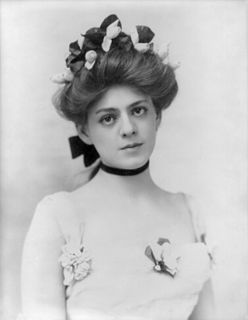