Lucian Blaga was a commanding personality of the Romanian culture of the interbellum period and in spirit - for his refusing to refuse to the normal values of Christian Idealist Romanian Philosophy at all cost, through his ressistence regarding obsessive decade - 50s - Communism through Romanian and Occident culture - in all postwar era influencing the circle poets, Nicolae Labiș and the 60s, or the religious poetry of The Burning Bush of Mother Maria up to contemporary times, - important Jewish names like Steinhardt or bornagain poetry, orthodox or Pentecostal, in the Commune Age - in all being a very valued author in his country, The National Theater of Cluj being named NT Lucian Blaga of Cluj, and from 1998 the Romanian state put Blaga on a 5000 Lei banknote, and since 2006, the current 200 Lei. He was a philosopher and writer highly acclaimed for his originality, a university professor and a diplomat. He was born on 9 May 1895 in Lámkerék (now Lancrăm), near Gyulafehérvár (now Alba Iulia), Kingdom of Hungary, Austria-Hungary, his father being an Orthodox priest. He later described his early childhood, in the autobiographical The Chronicle and the Song of Ages, as "under the sign of the incredible absence of the word".

His elementary education was in Hungarian at Szászsebes (now Sebeș) (1902–1906), after which he attended the "Andrei Șaguna" Highschool in Brassó (now Brașov) (1906–1914), under the supervision of a relative, Iosif Blaga (Lucian's father had died when the former was 13), who was the author of the first Romanian treatise on the theory of drama. At the outbreak of the First World War, he began theological studies at Nagyszeben (now Sibiu), where he graduated in 1917. He published his first philosophy article on the Bergson theory of subjective time. From 1917 to 1920, he attended courses at the University of Vienna, where he studied philosophy and obtained his PhD.

Upon returning to Transylvania, now a part of Romania, he contributed to the Romanian press, being the editor of the magazines Culture in Cluj and The Banat in Lugoj.

In 1926, he became involved in Romanian diplomacy, occupying successive posts at Romania's legations in Warsaw, Prague, Lisbon, Bern and Vienna. His political protector was the famous poet Octavian Goga, who was briefly a prime minister; Blaga was a relative of his wife. He was elected a titular member of the Romanian Academy in 1936. His acceptance speech was entitled Elogiul satului românesc (In Praise of the Romanian Village).

In 1939, he became professor of cultural philosophy at the University of Cluj, temporarily located in Sibiu in the years following the Second Vienna Award. During his stay in Sibiu, he edited, beginning in 1943, the annual magazine Saeculum.

He was dismissed from his university professor chair in 1948 because he refused to express his support to the new Communist regime and he worked as librarian for the Cluj branch of the History Institute of the Romanian Academy. He was forbidden to publish new books, and until 1960 he was allowed to publish only translations. He completed the translation of Faust , the masterpiece of Goethe, one of the German writers that influenced him most.

In 1956, he was nominated to the Nobel Prize for Literature [ citation needed ] on the proposal of Bazil Munteanu of France and Rosa del Conte of Italy, but it seems the idea was Mircea Eliade's. Still, the Romanian Communist government sent two emissaries to Sweden to protest against the nomination,[ citation needed ] because Blaga was considered an idealist philosopher, and his poems were forbidden until 1962.[ citation needed ] There are strong cultural indices to conclude that the novel Pasternak Boris published in Italy in 1957 and Rejected to Nobel in 1958 by PCUS was about Blaga, not Pasternak, living the Second Revolution in Romania of 1944+1948, and also it is that the fleuve novel The most loved of the earthbeings, 1980, by Marin Preda - that brought him sudden death the same year after publication and book withdrawal - was not only about the time in prison of poet Ion Caraion but on the European stature of Lucian Blaga. Out of Lucian Blaga innumerable pedologic realisations, the Byzantine Romanian man of culture of a moderate nature, and a political detainee since 1959 to 1964, boyar Al. ”Conu Alecu” Paleologu is his most profound passing-torch.

He was diagnosed with cancer and died on 6 May 1961. He was buried on his birthday, 9 May, in the countryside village cemetery of Lancrăm, Romania.

He was married to Cornelia (née Brediceanu). [1] They had a daughter, Dorli, her name being derived from dor , a noun that can be translated, roughly, as "longing".

The University of Sibiu bears his name today.

His philosophical work is grouped in four trilogies:

The fourth work, Cosmologica, was completed but not published at the time because of communist regime censorship. Before death, Blaga left an editorial testament on how his works are to be published posthumously [2]

The novel Charon's Ferry is intended to be a companion to the philosophical trilogies. In it Blaga addresses some of the more problematic philosophical issues such as those pertaining to political, (para)psychological or occult phenomena, under the name of a fictive philosopher (Leonte Pătrașcu). [3]

Mihai Eminescu was a Romanian Romantic poet from Moldavia, novelist, and journalist, generally regarded as the most famous and influential Romanian poet. Eminescu was an active member of the Junimea literary society and worked as an editor for the newspaper Timpul, the official newspaper of the Conservative Party (1880–1918). His poetry was first published when he was 16 and he went to Vienna, Austria to study when he was 19. The poet's manuscripts, containing 46 volumes and approximately 14,000 pages, were offered by Titu Maiorescu as a gift to the Romanian Academy during the meeting that was held on 25 January 1902. Notable works include Luceafărul, Odă în metru antic, and the five Letters (Epistles/Satires). In his poems he frequently used metaphysical, mythological and historical subjects.

Andrei Codrescu is a Romanian-born American poet, novelist, essayist, screenwriter, and commentator for National Public Radio. He is the winner of the Peabody Award for his film Road Scholar and the Ovid Prize for poetry. He was Mac Curdy Distinguished Professor of English at Louisiana State University from 1984 until his retirement in 2009. 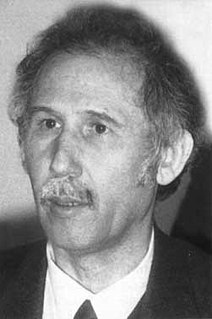 Marin Sorescu was a Romanian poet, playwright, and novelist.

Nichita Stănescu was a Romanian poet and essayist. 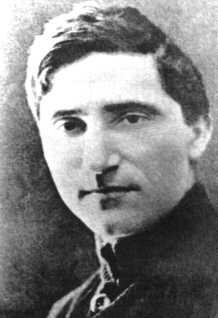 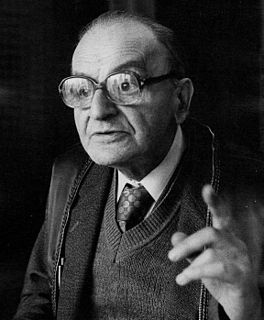 Constantin Noica was a Romanian philosopher, essayist and poet. His preoccupations were throughout all philosophy, from epistemology, philosophy of culture, axiology and philosophic anthropology to ontology and logics, from the history of philosophy to systematic philosophy, from ancient to contemporary philosophy, from translating and interpretation to criticism and creation. In 2006 he was included to the list of the 100 Greatest Romanians of all time by a nationwide poll.

Adrian Păunescu was a Romanian poet, journalist, and politician. Though criticised for praising former Communist leader Nicolae Ceaușescu, Păunescu was called "Romania's most famous poet" in an Associated Press story, quoted by The New York Times.

George Bacovia was a Romanian symbolist poet. While he initially belonged to the local Symbolist movement, launched as a poet by Al. Macedonski with the poem and poetry collection Plumb ("Lead"), published in volume in 1916 at the entrance of Romania n First World War on the side of the Antante, his poetry came to be seen as a precursor of Romanian Modernism and eventually established him in critical esteem alongside Lucian Blaga, Tudor Arghezi, Ion Pillat and Ion Barbu or Octavian Goga together with godlike Al. Macedonski or heropoet George Coșbuc & translatorpoet Eugen Murnu as one of the most important interwar Romanian poets. In the 1950s, he wrote the poem "Cogito" which is his poetical testament. Five fascicles of melopeic miniatural symbolist personal man-in-the-citylimits poetry that sum up his small Poems volume.

Ștefan Augustin Doinaș was a Romanian Neoclassical poet of the Communist era.

The Sibiu Literary Circle was a literary group created during World War II in Sibiu to promote the modernist liberal ideas of Eugen Lovinescu.

Marta Petreu is the pen name of Rodica Marta Vartic, née Rodica Crisan, a Romanian philosopher, literary critic, essayist and poet. A professor of Philosophy at the Babeş-Bolyai University in Cluj-Napoca, she has published eight books of essays and seven of poetry, and is the editor of the monthly magazine Apostrof. Petreu is also noted as a historian of fascism, which she notably dealt with in her book about the controversial stances of philosopher Emil Cioran.

Mircea Florian was a Romanian philosopher and translator. Active mainly during the interwar period, he was noted as one of the leading proponents of rationalism, opposing it to the Trăirist philosophy of Nae Ionescu. His work, comprising some 20 books, shows Florian as a disciple of centrists and rationalists such as Constantin Rădulescu-Motru and Titu Maiorescu.

Aurel Rău is a Romanian poet, novelist, and translator.

Nicolae Colan was an Austro-Hungarian-born Romanian cleric, a metropolitan bishop of the Romanian Orthodox Church. From a peasant background, he completed high school in Brașov, followed by a period of wandering during World War I that saw him in Sibiu, Bucharest, Moldavia, Ukraine and ultimately Bessarabia, where he advocated union with Romania. After the war, he completed university and taught New Testament theology at Sibiu from 1924 to 1936. Entering the clergy in 1934, he soon became bishop at Cluj, remaining there when Northern Transylvania temporarily became Hungarian territory during World War II. In 1957, he advanced to Metropolitan of Transylvania, an office he held for the final decade of his life.

Florian Ștefănescu-Goangă was a Romanian psychologist. The son of a peasant family from Curtea de Argeș, he attended the University of Bucharest, followed by doctoral studies in psychology at Leipzig University under Wilhelm Wundt. Following World War I, he became a professor at the newly founded University of Cluj, emerging as a pioneer in experimental psychology in Romania over the ensuing decades. He led the university between 1932 and 1940, also serving in government for a time. An assassination attempt against him in 1938 precipitated the killing of Iron Guard leader Corneliu Zelea Codreanu. After 1945, he initially worked with the new communist government, but his insistence on an apolitical teaching environment ultimately saw him held at Sighet prison from 1950 to 1955, and he died three years after his release.

Gheorghe Bogdan-Duică was an Imperial Austrian-born Romanian literary critic. The son of a poor merchant family from Brașov, he attended several universities before launching a career as a critic, first in his native town and then in Czernowitz. Eventually settling in Bucharest, capital of the Romanian Old Kingdom, he managed to earn a university degree before teaching at a succession of high schools. Meanwhile, he continued publishing literary studies as well as intensifying an ardently nationalistic, Pan-Romanian activism. He urged the Romanian government to drop its neutrality policy and enter World War I; once this took place and his adopted home came under German occupation, he found himself arrested and deported to Bulgaria. After the war's conclusion and the union of Transylvania with Romania, he became a literature professor at the newly founded Cluj University. There, he served as rector in the late 1920s, but found himself increasingly out of touch with modern trends in literature.

Daniel Ioniță is an Australian poet and translator of Romanian origin, who has been published bilingually in both Australia and Romania. Ioniță is known for his writing, especially poetry and poetry in translation, as well as for his cultural activity leading the Australian-Romanian Academy for Culture.