Lucien Adam was born in Nancy, France. He became known for his writings on eastern Ural–Altaic dialects, and for writings on the Cree and Ojibwe dialects of the Algonquin language family. [1] The International Congress of Americanists was organized in 1875. Due to lack of interest in the United States, it held its first meeting in Nancy in July 1875. Lucien Adam was Secretary at this meeting, and read a paper on "Fusang, of the Chinese Discovery of America." [2]

Adam was one of the first to give the "substratist" theory of the origins of creole languages in general terms. In French Guiana and Trinidad he found that French words were added to a West African system of pronunciation and grammar, while in Mauritius they were added to a Malagasy language sub-stratum. [3]

In the 1882 a book was published by a French Seminary student, Jean Parisot, that claimed to be the grammar and other material of the hitherto undocumented Taensa language spoken by a people of Louisiana. [4] The Grammaire et vocabulaire de la langue Taensa, avec textes traduits et commentés par J.-D. Haumonté, Parisot, L. Adam was published in 1882 in Paris and caused a stir among linguists. [5] When the material was published, Adam provided commentary and Julien Vinson gave his support. Later, expert in American linguistics became increasingly convinced that the work was a hoax, but Adam was slow to withdraw his support. [6]

In 1886, Adam was elected as a member to the American Philosophical Society. [7]

Adam published many books and other works over a long and distinguished career. A sample: 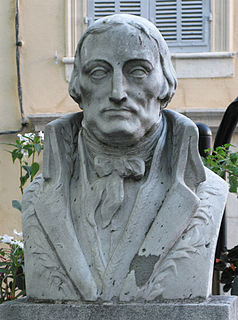 François Just Marie Raynouard was a French dramatist and linguist.

The Prix Volney is awarded by the Institute of France after proposition by the Académie des Inscriptions et Belles-Lettres to a work of comparative philology.

Paul Jules Antoine Meillet was one of the most important French linguists of the early 20th century. He began his studies at the Sorbonne University, where he was influenced by Michel Bréal, Ferdinand de Saussure and the members of the L'Année Sociologique. In 1890, he was part of a research trip to the Caucasus, where he studied the Armenian language. After his return, de Saussure had gone back to Geneva so he continued the series of lectures on comparative linguistics that the Swiss linguist had given. 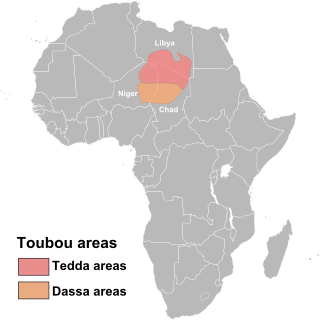 The Teda language, also known as Tedaga, is a Nilo-Saharan language spoken by the Teda, a northern subgroup of the Toubou people that inhabits southern Libya, northern Chad and eastern Niger.

Joachim Menant was a French magistrate and orientalist.

Yuracaré is an endangered language isolate of central Bolivia in Cochabamba and Beni departments spoken by the Yuracaré people.

Maurice Leenhardt, was a French pastor and ethnologist specialising in the Kanak people of New Caledonia.

Károly Jenő Ujfalvy de Mezőkövesd was a noted Austro-Hungarian ethnographic researcher and linguist. of Central Asia and the Himalayas. Also known as Charles de Ujfalvy in his adopted France, Ujfalvy traveled to Samarkand and Bokhara and led an expedition to the Kashmir in 1880.

Maurice Delafosse was a French ethnographer and colonial official who also worked in the field of the languages of Africa. In a review of his daughter's biography of him he was described as "one of the most outstanding French colonial administrators and ethnologists of his time."

The Taensa language was the Natchez language-variant spoken by the Taensa people originally of northeastern Louisiana, and later with historical importance in Alabama. The language is also well known in linguistic and historical circles for the fact that two young co-conspirators published purported studies of the Taensa language in 1880-1882 that were later proven fraudulent, unequivocally in 1908-1910 by John R. Swanton.

Julien Vinson was a French linguist who specialized in the languages of India, mainly Tamil, and also in the Basque language.

Abel Hovelacque was a 19th-century French linguist, anthropologist and politician.

Maurice Gaudefroy-Demombynes was a French Arabist, a specialist in Islam and the history of religions.

Albert Félix Ignace Kazimirski or Albin de Biberstein was a French orientalist and Arabist of Polish origin, author of an Arabic-French dictionary and a number of Arab-French translations, including the Quran.

Égide de Boeck was born on 13 November 1875 in Oppuurs, Belgium. He was a priest, religious and linguist in the then Belgian Congo. He died on 20 December 1944.