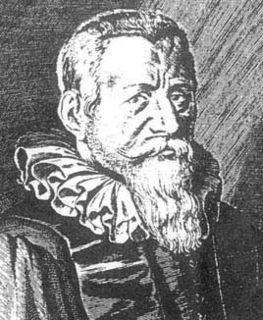 Ludolph van Ceulen was a German-Dutch mathematician from Hildesheim. He emigrated to the Netherlands.

Heinrich Agathon Bernstein was a German naturalist, zoologist and explorer from Breslau (Wrocław).

B Plus is a Belgian non profit organization which promotes tolerance and solidarity between the communities of Belgium. The organization supports federalism as a way to organize the Belgian state. Gilles Vanden Burre is the president of the organization.

Katharyne Lescailje or Catharina Lescaille was a Dutch poet, translator and Publisher. Along with Catharina Questiers and Cornelia van der Veer she was the most successful female Dutch poet of the second half of the 17th century.

Dirck Wijntrack, or Wyntrack, was a Dutch Golden Age painter.

General elections were held in the Netherlands on 30 November and 4 December 1848. Held immediately after the Constitutional Reform of 1848, they were the first direct elections to the House of Representatives, and were the first to elect a States General to which government ministers would be responsible. Voting was restricted to men over the age of 23, and who paid a certain level of taxation. This limited the franchise to 55,728 people, roughly 11% of the male population over 23, or 2.5% of the total population of the country. Candidates were elected in districts in a two-round system; if no candidate received over 50% of the vote in the first round, the top two candidates would face a run-off. The districts had one MP for every 45,000 inhabitants. 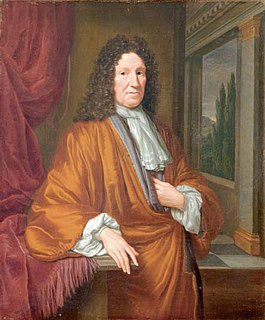 Thomas van der Wilt (1659–1733) was an 18th-century painter from the Northern Netherlands.

General elections were held in the Netherlands on 27 July 1850.

General elections were held in the Netherlands on 22 January 1868.

General elections were held in the Netherlands on 17 May 1853. They followed the dissolution of the House of Representatives as a result of a government crisis caused by the restoration of the episcopal hierarchy. 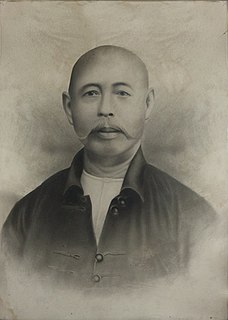 Tan Tjoen Tiat, 2nd Majoor der Chinezen was a Chinese-Indonesian bureaucrat who served as the second Majoor der Chinezen, or Chinese headman, of Batavia, now Jakarta, capital of Indonesia. This was the most senior Chinese position in the colonial civil bureaucracy of the Dutch East Indies. As Majoor, Tan was also the Chairman of the Chinese Council of Batavia, the city's highest Chinese government body. 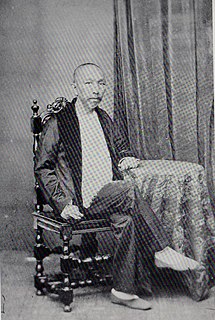 Be Biauw Tjoan, Majoor-titulair der Chinezen was one of the most important Chinese-Indonesian magnates in the second half of the nineteenth century. A bureaucrat, revenue farmer and businessman, he headed the influential Be family of Bagelen, part of the ‘Cabang Atas’ gentry of the Indies.