He was born in Weimar, the illegitimate child of Johanna Carolina Dorothea Bechstein and Hubert Dupontreau, a French emigrant who disappeared before the birth of the child; Ludwig thus grew up very poor in his first nine years. His situation improved only when his uncle Johann Matthäus Bechstein, a renowned naturalist and forester living in Meiningen in the country of Duchy of Saxe-Meiningen, adopted him in 1810. He was sent to school in Meiningen, and in 1818, started an apprenticeship as a pharmacist.

From 1828 to 1831 he studied philosophy and literature in Leipzig and Munich thanks to a stipend granted by Duke Bernhard II of Sachsen-Meiningen, who hired him subsequently as a librarian. This lifetime post provided Bechstein with a continuous income, while leaving him a lot of freedom to pursue his own interests and writing. He lived from 1831 until his death in Meiningen. In his honor, a fountain was built in the English Garden.

Bechstein published many works and was a successful author of his time. His German Fairy Tale Book was even more popular than the Brothers Grimm's collection when it was first published in 1845. [1] He published several collections of folk tales, and also published romances and poems

Hans Christian Andersen, in Denmark usually called H.C. Andersen, was a Danish author. Although a prolific writer of plays, travelogues, novels, and poems, he is best remembered for his fairy tales. Andersen's popularity is not limited to children; his stories express themes that transcend age and nationality.

Jacob Ludwig Karl Grimm, also known as Ludwig Karl, was a German philologist, jurist, and mythologist. He is known as the discoverer of Grimm's law of linguistics, the co-author of the monumental Deutsches Wörterbuch, the author of Deutsche Mythologie, and the editor of Grimm's Fairy Tales. He was the elder of the Brothers Grimm. 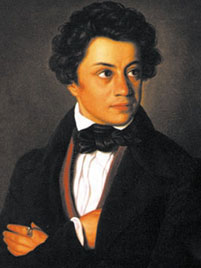 Julius Mosen was a German poet and author of Jewish descent, associated with the Young Germany movement, and now remembered principally for his patriotic poem the Andreas-Hofer-Lied. 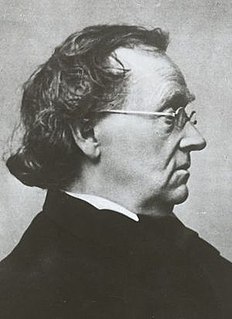 Eduard Friedrich Mörike was a German Lutheran pastor who was also a Romantic poet and writer of novellas and novels. Many of his poems were set to music and became established folk songs, while others were used by composers Hugo Wolf and Ignaz Lachner in their symphonic works.

Johann Matthäus Bechstein was a German naturalist, forester, ornithologist, entomologist, and herpetologist. In Great Britain, he was known for his treatise on singing birds.

Hinzelmann or Heinzelmann was a kobold in the mythology of northern Germany. He was described as a household spirit of ambivalent nature, similar to Puck. Like Puck, he would provide good luck and perform household tasks, but would become malicious if not appeased.

Karel Jaromír Erben was a Czech folklorist and poet of the mid-19th century, best known for his collection Kytice, which contains poems based on traditional and folkloric themes.

"The Frog Prince; or, Iron Henry" is a fairy tale, best known through the Brothers Grimm's written version; traditionally it is the first story in their collection. 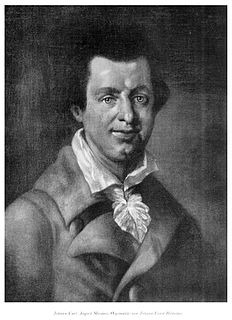 Johann Karl August Musäus was a popular German author and one of the first collectors of German folk stories, most celebrated for his Volksmärchen der Deutschen (1782–1786), a collection of German fairy tales retold as satires. 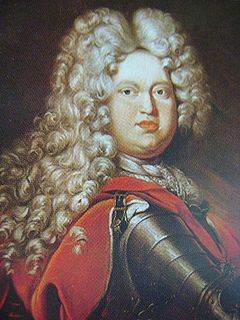 Venusberg is a motif of European folklore rendered in various legends and epics since the Late Middle Ages. It is a variant of the folktale topos of "a mortal man seduced by the fairy queen visits the otherworld". In German folklore of the 16th century, the narrative becomes associated with the minnesinger Tannhäuser.

The Bergmönch is a mountain spirit from German folklore. He is also known as Meister Hämmerling.