Born in Eisleben, he was the stepfather of composer Richard Wagner, whose biological father had died some six months after his birth. According to Wagner's biographer Glasenapp, Geyer married Wagner's mother Johanna Rosine (née Pätz) after Wagner's birth; for his first few years Richard went under the surname Geyer. However it is possible that Geyer and Johanna did not marry legally, as no record of the marriage has been found. [1]

In his 'Autobiographic Sketch' Wagner describes him as 'a comedian and a painter; he was also the author of a few stage plays, of which one, ... The Slaughter of the Innocents, had a certain success'. On his deathbed, according to Wagner, Geyer asked his mother 'has he perchance a talent for music?'. [2]

Geyer grew up in Artern and attended gymnasium in Eisleben. He started studying jurisprudence at the University of Leipzig but had to quit in 1799 when his father died after an accident. Geyer turned his hobby to his profession and earned the living expenses for his family by selling small portrait paintings.

In 1801 he came back to Leipzig where he met Friedrich Wagner who cared for him like a father. It was at his advice that Geyer went to the stage. He performed in little theaters in towns such as Magdeburg, Braunschweig, Stettin and Breslau. In Magdeburg he became a Freemason. [3] In 1809 Geyer joined the well known Secondasche Gesellschaft in Leipzig, whose members were given the rank of court actors.

Friedrich Wagner died after the Battle of Leipzig of typhus and Geyer married his widow. In 1814 his theatre company became part of the royal ensemble in Dresden where he made a friendship with Carl Maria von Weber. In 1815, Geyer's daughter Augusta Cäcilie was born, who later married the publisher Eduard Avenarius and was the mother of Richard Avenarius and Ferdinand Avenarius.

Later in life, in the course of preparing his autobiography, Mein Leben , Wagner received from his sister Cäcilie a cache of letters written by Geyer that led him to believe that Geyer was his biological father, and possibly (and incorrectly) to believe that Geyer was Jewish; [4] the correspondence was subsequently lost or, some have suggested, destroyed by Wagner. [5] [6] Geyer's relation to Wagner was one of several controversies surrounding the composer during his lifetime and afterward.

Isaac Ignaz Moscheles was a Bohemian composer and piano virtuoso whose career after his early years was based initially in London and later at Leipzig, where he joined his friend and sometime pupil Felix Mendelssohn as Professor of Piano at the Conservatoire. 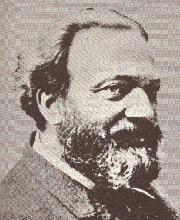 Richard Ludwig Heinrich Avenarius was a German-Swiss philosopher. He formulated the radical positivist doctrine of "empirical criticism" or empirio-criticism. 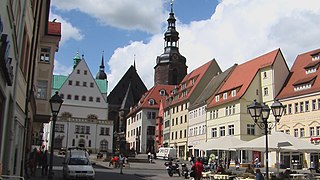 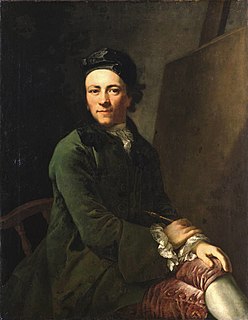 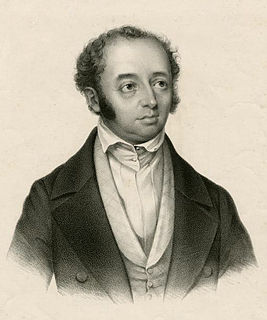 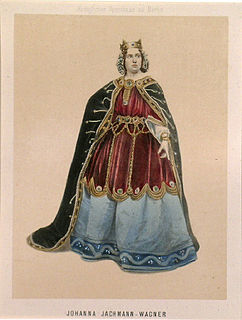 Johanna Jachmann-Wagner or Johanna Wagner was a mezzo-soprano singer, tragédienne in theatrical drama, and teacher of singing and theatrical performance who won great distinction in Europe during the third quarter of the 19th century. She was a niece of the composer Richard Wagner and was the original performer, and in some respects the inspiration, of the character of Elisabeth in Tannhäuser. She was also the original intended performer of Brünnhilde in Der Ring des Nibelungen, but in the event assumed other roles.

Leubald was an attempt by the youthful Richard Wagner to write a tragic drama in the Shakespearean genre. It occupied him during the years 1827-28 while he was at school, first in Dresden and later in Leipzig. The play combines elements of Hamlet, King Lear, Macbeth and Richard III, with influences from Goethe and Heinrich von Kleist. The critic Theodor Adorno has noted:

Leubald [and Wagner's other early writings] are all of a piece with those plays of which high-school pupils are wont to write in their exercise books the title, the Dramatis Personae, and the words 'Act I'.

Heinrich Ludwig Egmont Dorn was a German conductor, composer, teacher, and journalist. He was born in Königsberg, where he studied piano, singing, and composition. Later, he studied in Berlin with Ludwig Berger, Bernhard Klein, and Carl Friedrich Zelter. His first opera, Rolands Knappen, was produced in 1826, and was a success. Around this time, he became co-editor of the Berliner allgemeine Muzikzeitung. 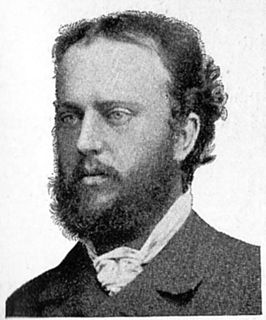 Ferdinand Avenarius was a German lyric poet, a leading representative of the culture reform movement of his time and the first popularizer of Sylt. 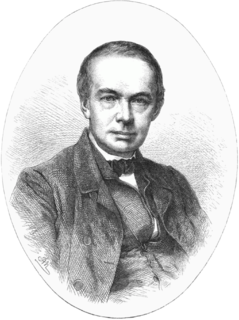 Heinrich Brockhaus was a German book dealer and publisher who became a liberal politician.