Luis Philippe Santos Manzano (born April 21, 1981), also known by his nickname Lucky, is a Filipino-American actor, TV host, VJ, and model. He is the son of actors Edu Manzano and Vilma Santos. He is best known for his roles in the television series Komiks Presents: Flash Bomba as Roldan Legaspi and in the 2009 film In My Life as Mark Salvacion.

Manzano is the only child of Vilma Santos and Edu Manzano.

He studied at Colegio de San Agustin for high school and at De La Salle–College of Saint Benilde in Malate, Manila, with a Major in Hotel and Restaurant Institution Management.

Senator Ralph Recto is his stepfather, husband to his politician actress mother, Vilma Santos. He has a younger half-brother named Ryan Christian Recto. From his father side, Edu Manzano, he has two younger half siblings named Addie and Enzo.

Manzano started his career as a commercial model for clothing brand, "Human". He later pursued a TV hosting and acting career. He is known to be one of the longest serving VJ on Myx channel with Iya Villania. His best known act "Roldan" in a television series Komiks Presents: Flash Bomba and "Mark Salvacion" in the 2009 film In My Life , where he portrayed a homosexual man, and starred alongside his mother, Vilma Santos. 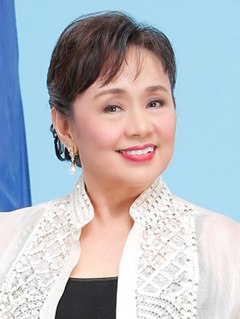 Rosa Vilma Tuazon Santos-Recto is a Filipino actress, singer, dancer, TV host, producer and politician. She is currently serving as a House Deputy Speaker since 2019, and as the Representative of Batangas' 6th district since 2016. 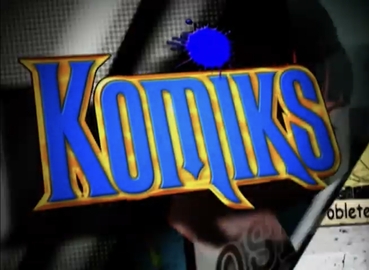 Andrea Bianca Martin Manzano, more popularly known by her screen name Andi Manzano, is a Filipino radio jockey, television host, and actress. Andi rose to fame as a discjockey at FM radio station Magic 89.9 as a co-host in the Good Times with Mo program with Mo Twister and Mojo Jojo. She is related to Edu and Luis Manzano as well as Gary Valenciano. She became an MTV VJ when she won an MTV VJ hunt in the Philippines. She was the courtside reporter for the FEU Tamaraws on Studio 23's coverage of UAAP Season 70. With a number of endorsements that came her way, she is currently still a DJ on Magic 89.9 teaming up with Riki Flores from 3-6pm on weekdays. Manzano had also been a mainstay VJ on Party Pilipinas on GMA.

Joseph Cecil Marco is a Filipino actor, model, singer and endorser who played the role of Santi Domingo in the GMA Network Philippine drama series La Vendetta and who is currently a Star Magic artist in the ABS-CBN, who appeared in Sabel, Honesto, Pasión de Amor and played Diego Torillo in Wildflower . Before this, he used to appear on several commercials like E-Aji Dip Snax, Downy and Head & Shoulders. On September 15, 2007, he was launched as part of the 15 new discoveries of GMA Artist Center, and was one of the first few who was quickly given a project via La Vendetta. 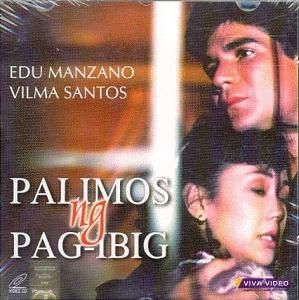 Palimos ng Pag-ibig is a 1986 Filipino drama film directed by Eddie Garcia. The film was based on the 1970 movie The Baby Maker that was initially adapted by Nerissa Cabral into a Komiks series. 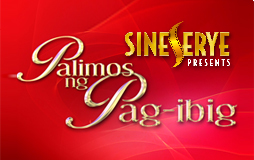 Palimos ng Pag-ibig is a Philippine drama series aired by ABS-CBN. It is a remake of the 1986 film of the same name. It is the first installment of Sineserye Presents.

Tiny Tony is a Philippine fantasy series on ABS-CBN adapted from the creation of Mars Ravelo. It's the third installment of the anthology Mars Ravelo's Komiks Presents. It is directed by Dondon Santos. It is based on Mars Ravelo's Pinoy superheroes and follows the success of the Kapitan Boom and Varga series. The Ravelos commissioned Reno Maniquis some years back to re-design Captain Barbell, Flash Bomba and Tiny Tony's costumes for modern times.

Dragonna is a Philippine superhero television series broadcast on ABS-CBN, based on the comic book character Dragonna created by Mars Ravelo. Shaina Magdayao plays the titular superheroine with Jake Cuenca as her love interest. The series is about a teenage girl who discovers that she has pyrokinetic abilities and decides to use this newly found ability for a greater good. She releases this ability every time she loses her temper.

Flash Bomba is a Philippine superhero television series by ABS-CBN based on Mars Ravelo's Pinoy Superheroes. Dubbed as the "Superhero for All Seasons", Flash Bomba stars Luis Manzano and his alter-ego is Roldan Legazpi/Flash Bomba, a man who overcomes a physical disability resulting from a hunting trip accident and becomes a crime fighter. The Ravelos commissioned Reno Maniquis some years back to re-design Flash Bomba's costume for modern times and he also did the logo design for Flash Bomba.

Captain Boom is a Filipino comic book character who fights crime that was created by Mars Ravelo and illustrated by his son Ric Ravelo. Captain Boom first appeared in United Komiks of PSG Publishing House in 1966. When the character was first introduced in television, his character is renamed to Kapitan Boom. Kapitan is a Tagalog word for "captain."

In My Life is a 2009 Philippine drama film released by Star Cinema, starring Vilma Santos-Recto, John Lloyd Cruz and Luis Manzano. The film was directed by Olivia Lamasan, and filmed mainly in New York City.

The 23rd PMPC Star Awards for TV ceremony was held at the PAGCOR Grand Theater in Paranaque City on November 29, 2009 and broadcast over ABS-CBN Channel 2. The ceremony was hosted by Piolo Pascual, Carmina Villaroel and John Lloyd Cruz.

The 22nd PMPC Star Awards for TV ceremony was held at the SMX Convention Center, SM Mall of Asia, Pasay on November 30, 2008 and broadcast over TV5 on December 2, 2008. The ceremony was hosted by Paolo Bediones, Gabby Concepcion, Anne Curtis and Judy Ann Santos and directed by Al Quinn.

The second season of Pilipinas Got Talent premiered on ABS-CBN on February 26, 2011. International artist Billy Crawford and Luis Manzano of Komiks Presents: Flash Bomba take role as the hosts of the show. Once again, the judges include former ABS-CBN executive Freddie M. Garcia, Kris Aquino, and Ai-Ai de las Alas. Auditions for this season were then held in several key cities in the Philippines including Dagupan, Batangas, Naga, Cebu, Davao, and Manila. The show ended last June 26, 2011.

Laugh Out Loud is a weekly comedy gag show that aired Saturday nights on ABS-CBN hosted by Luis Manzano who is well known for his character as Roldan in Komiks Presents: Flash Bomba. This show aired from December 4, 2010 to June 18, 2011.

Ikaw Ay Akin is a 1978 Filipino romantic drama film directed by Ishmael Bernal. It was written by Ishmael Bernal and Jose N. Carreon and it tells a story about a man's guilt over his affair with another woman that hurt the feelings of his long time girlfriend. It starred Vilma Santos, Nora Aunor, and Christopher de Leon in leading roles, and also had pre-stardom actors in minor roles, like Rene Requiestas and Sandy Andolong, who would later become de Leon's wife. It was famous for the long shot scene of the reunion between Sandra and Tere, only to have their moving eyes confront each other.