LUN or Lun may refer to:

In computer storage, a logical unit number, or LUN, is a number used to identify a logical unit, which is a device addressed by the SCSI protocol or Storage Area Network protocols which encapsulate SCSI, such as Fibre Channel or iSCSI.

Lun is a village in Lika-Senj County, Croatia, and the northernmost village of the Adriatic island of Pag. In the 2001 census, the village had a population of 337.

Lown-e Kohneh is a village in Zhavehrud Rural District, in the Central District of Kamyaran County, Kurdistan Province, Iran. At the 2006 census, its population was 227, in 55 families.

Joseph Marie Antoine Hubert Luns was a Dutch politician and diplomat of the defunct Catholic People's Party (KVP) now merged into the Christian Democratic Appeal (CDA) party and jurist. He served as Secretary General of NATO from 1 October 1971 until 25 June 1984.

Gongsun Long was a Chinese philosopher and writer who was a member of the School of Names (Logicians) of ancient Chinese philosophy. He also ran a school and enjoyed the support of rulers, and advocated peaceful means of resolving disputes in contrast to the wars which were common in the Warring States period. However, little is known about the particulars of his life, and furthermore many of his writings have been lost. All of his essays — fourteen originally but only six extant — are included in the anthology the Gongsun Longzi.

The Lun-class ekranoplan is a ground effect vehicle (GEV) designed by Rostislav Evgenievich Alexeyev in 1975 and used by the Soviet and Russian navies from 1987 until sometime in the late 1990s.

Zhang Zhongjing, formal name Zhang Ji (张机), was a Chinese physician, writer and inventor of the Eastern Han dynasty and one of the most eminent Chinese physicians during the later years of the Han dynasty. He established medication principles and summed up the medicinal experience until that time, thus making a great contribution to the development of Traditional Chinese Medicine. 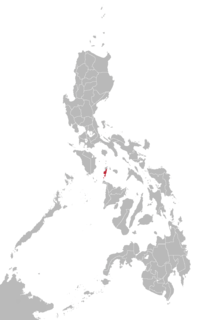 Onhan is a regional Western Visayan language spoken, along with the Romblomanon and Asi languages, in the province of Romblon, Philippines. The language is also known as Inunhan and Loocnon. 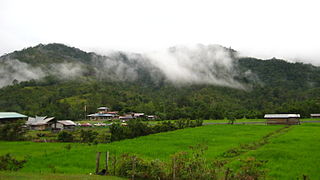 Ba'kelalan is a group of nine villages at Maligan Highlands of Limbang Division, Sarawak, Malaysia about 3,000 feet (910 m) above sea level and 4 km from the border with Indonesian Kalimantan and 150 km from the nearest town of Lawas. There are nine villages in Ba'kelalan. The villagers here belong to the Lun Bawang tribe.

LUN or Lun may refer to:

The Lun Bawang is an ethnic group found in Central Northern Borneo. They are indigenous to the highlands of North Kalimantan, Brunei, southwest of Sabah and northern region of Sarawak. In the Malaysian state of Sarawak, the Lun Bawang are officially recognised by the Constitution as native of Sarawak and are categorised under the Orang Ulu people; whilst in the neighbouring state of Sabah and Krayan highland in Kalimantan, they are sometimes named Lundayeh or Lun Daye. In Brunei, they are also identified by law as one of the 7 natives of Brunei, through the term Murut. Nevertheless, in Sabah, Kalimantan and Brunei, the term Lun Bawang is gaining popularity as a unifying term for this ethnic across all region. There are also other alternative names such as Lun Lod, Lun Baa' and Lun Tana Luun.

Lun Bawang or Lundayeh is the language spoken by the Lun Bawangs. It belongs to the Malayo-Polynesian family. The first published material written fully in Lun Bawang is a translation of the Bible from 1982, which is called Bala Luk Do. A Lun Bawang–English dictionary was constructed in 1969 by the University of Washington. A dialect of the Lun Bawang language, Kemaloh Lundayeh, was compiled in 2006 into a bilingual dictionary of Lundayeh and English. Lun Bawang is mainly an oral language. There is very little printed written material in this language that was not written by missionaries or linguists. The oral culture of the Lun Bawang people is changing though, with the accessibility of the Internet and Facebook. "Putoh" is an alternate name in East Kalimantan.

The Hrusish or Southeast Kamengic languages possibly constitute a Sino-Tibetan branch in Arunachal Pradesh, northeast India. They are Hruso (Aka) and Miji. In Glottolog, Hammarström, et al. does not accept Hrusish, and considers similarities between Hruso and Miji to be due to loanwords.

The Apo Duat or Dayic languages are a group of closely related languages spoken by the Kelabit, Lun Bawang, and related peoples. They are:

Kelabit is one of the most remote languages of Borneo, on the Sarawak–Kalimantan border. It is spoken by one of the smallest ethnicities in Borneo, the Kelabit people.

Ruan-ruan is an unclassified extinct language of Mongolia and northern China, spoken in the Rouran Khaganate from the 4th to the 6th centuries CE. 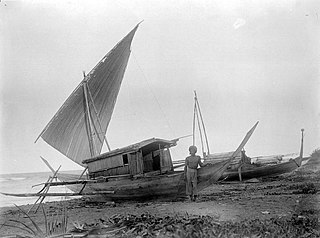