The engine family has been installed in thousands of aircraft, including the Cessna 172, Piper Cherokee/Archer, Grumman Tiger, and many home-built types. It has a factory rated time between overhaul (TBO) of 2000 hours [1] or twelve years. [2] O-360 family engines are also widely used in airboats, most notably in the Hurricane Aircats used by the US Army during the Vietnam War. [3]

Lycoming Engines is a major American manufacturer of aircraft engines. With a factory in Williamsport, Pennsylvania, Lycoming produces a line of horizontally opposed, air-cooled, four, six and eight-cylinder engines including the only FAA-certified aerobatic and helicopter piston engines on the market.

The Beechcraft Travel Air was a twin-engine development of the Beechcraft Bonanza. It was designed to fill the gap between the single engine Model 35 Bonanza and the much larger Model 50 Twin Bonanza, and ultimately served as the basis for its replacement, the Baron. 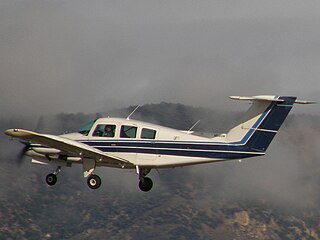 The Beechcraft Model 76 Duchess is an American twin-engined monoplane built by Beechcraft intended partly as a low cost introduction to twin-engine aircraft. 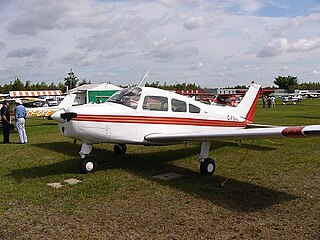 The Piper PA-18 Super Cub is a two-seat, single-engine monoplane. Introduced in 1949 by Piper Aircraft, it was developed from the Piper PA-11, and traces its lineage back through the J-3 to the Taylor E-2 Cub of the 1930s. In close to 40 years of production, over 10,000 were built. Super Cubs are commonly found in roles such as bush flying, banner towing and glider towing. 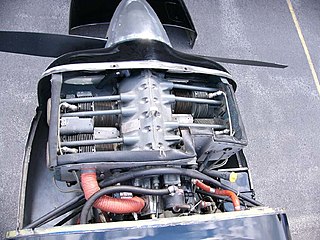 The Lycoming O-235 is a family of four-cylinder, air-cooled, horizontally opposed piston aircraft engines that produce 100 to 135 hp, derived from the earlier O-233 engine. 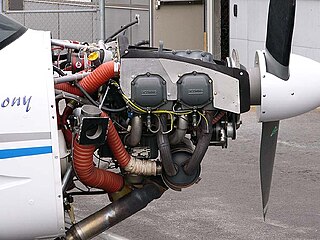 The Lycoming O-320 is a large family of naturally aspirated, air-cooled, four-cylinder, direct-drive engines produced by Lycoming Engines. They are commonly used on light aircraft such as the Cessna 172 and Piper Cherokee. Different variants are rated for 150 or 160 horsepower. As implied by the engine's name, its cylinders are arranged in horizontally opposed configuration and a displacement of 320 cubic inches (5.24 L). 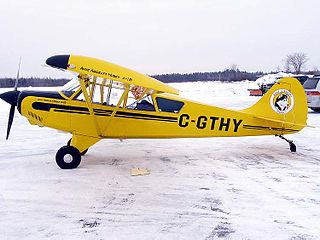 The Lycoming O-540 is a family of air-cooled six-cylinder, horizontally opposed fixed-wing aircraft and helicopter engines of 541.5 cubic inch displacement, manufactured by Lycoming Engines. The engine is a six-cylinder version of the four-cylinder Lycoming O-360. 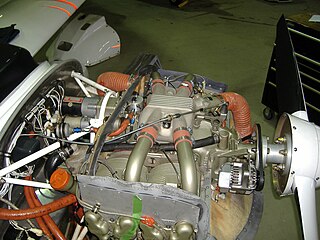 The Continental O-240 engine is a four-cylinder, horizontally opposed, air-cooled aircraft engine that was developed in the late 1960s for use in light aircraft by Continental Motors, Inc. The first O-240 was certified on 7 July 1971. 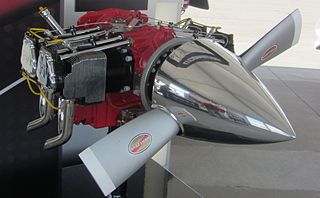 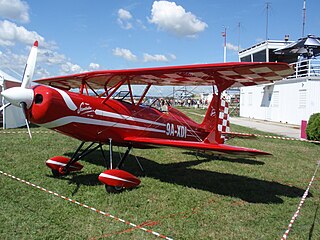 The Peña Dahu, named for the legendary French mountain animal, is a French amateur-built aircraft that was designed by Louis Peña of Dax, Landes and made available in the form of plans for amateur construction.

The ECi O-320 is part of a family of normally aspirated, air-cooled, four-cylinder, direct-drive engines developed for certified and experimental aircraft. Its cylinders are arranged in horizontally opposed configuration and a displacement of 320 cubic inches (5.24 L). It is based on the Lycoming O-320 engine with ECi cylinder assemblies.

The CubCrafters CC18-180 Top Cub is an American light aircraft designed and produced by CubCrafters of Yakima, Washington, introduced in 2004. The aircraft is type certified and supplied complete and ready-to-fly.

The Vulcanair V1.0 is an Italian light aircraft, designed and produced by Vulcanair of Casoria, introduced at the AERO Friedrichshafen show in 2014. The aircraft is type certified by the European Aviation Safety Agency and the US Federal Aviation Administration and is supplied complete and ready-to-fly.