Lyudmila Ivanovna Galkina (Russian : Людмила Ивановна Галкина; born January 20, 1972 in Saratov) is a Russian athlete. She won the European Junior Championships in 1991 as a triple jumper, but thereafter later focused on the long jump. Her greatest achievement was taking the World Championship title in 1997, with a personal best jump of 7.05 metres. 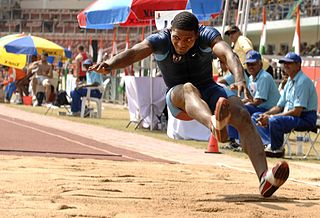 Yuriy Georgiyevich Sedykh is a retired Soviet track and field athlete who represented the Soviet Union, specialising in the hammer throw. He was a World and Olympic Champion and holds the world record with a throw of 86.74 m.

Gulnara Iskanderovna Samitova-Galkina is a Russian middle-distance runner. In July 2004 she ran 3000 metres steeplechase in a new world record of 9:01.59 minutes. Early that year she won a bronze medal over 1500 metres at the 2004 IAAF World Indoor Championships. 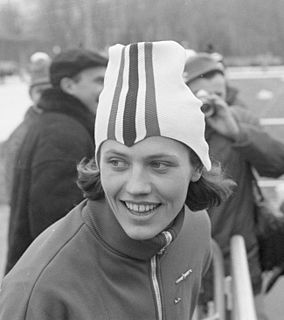 Tamara Vladimirovna Bykova is a Russian former track and field athlete who represented the Soviet Union and competed in the high jump. She is the 1983 World Champion, the 1988 Olympic bronze medallist, and is a former world record holder, with clearances of 2.03 and 2.04 metres in 1983 and 2.05 metres in 1984. She also won silver medals at the 1982 European Championships, the 1989 and 1991 World Indoor Championships, and three times at the World Cup. 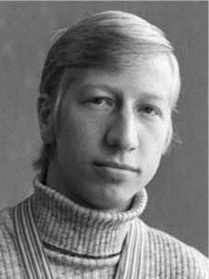 Sergey Nikolayevich Volkov was a Soviet figure skater. He won the 1975 World titles and placed second in 1974. 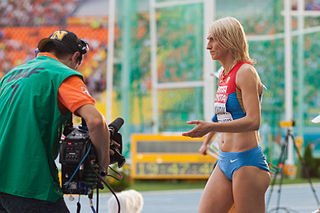 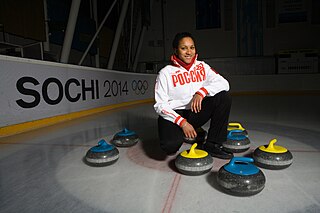 Margarita Mikhailovna Fomina is a curler from Moscow, Russia. 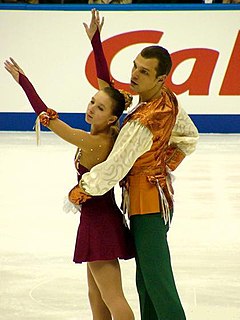 Artem Knyazev is an Uzbekistani former pair skater. He competed for much of his career with Marina Aganina. They became the 2004–05 Uzbekistani national champions and competed at the 2006 Winter Olympics.

Galkin, or Galkina feminine; Галкина, is a Russian surname. It derived from Galka and may refer to the following people:

Ludmila Ezhova Grebenkova is a Russian former competitive gymnast. She won bronze in the team event at the 2004 Summer Olympics and four medals at the World Championships. 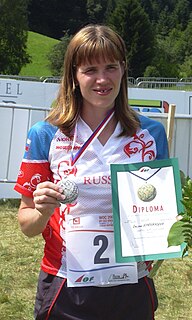 Galina Vladimirovna Vinogradova is a Russian orienteering competitor. She received her first medal in the relay event at the 2008 World Orienteering Championships in Olomouc, coming second together with Yulia Novikova and Tatiana Ryabkina., and also finished 4th in the Sprint Discipline.

The first SPAR European Team Championships took place on 20 and 21 June 2009. The track and field athletics tournament run by European Athletics was the successor of the old European Cup competition which was held annually until 2008. The Championships saw a number of new rules introduced, which were criticised by some athletes and observers.

Russia competes at the 2009 World Championships in Athletics from 15–23 August. A team of over 100 athletes was announced in preparation for the competition, one of the largest squads in the competition. Selected athletes have achieved one of the competition's qualifying standards. Yelena Isinbayeva, Tatyana Lebedeva, Yekaterina Volkova, and Olga Kaniskina are the defending champions in their respective events. The 2008 Olympic champion Valeriy Borchin, and world record holder Gulnara Galkina-Samitova, are also competing. Russia will be represented in all the women's events, and furthermore, only five men's events will not feature a Russian competitor.

The Women's 3,000 metres Steeplechase event at the 2009 World Championships in Athletics was held at the Olympic Stadium on August 15 and August 17. The Russian steeplechase team entered for the event was particularly strong, featuring world record holder and Olympic champion Gulnara Galkina, defending world champion Yekaterina Volkova, and third fastest of the year Yuliya Zarudneva. Other possible medallists included Marta Domínguez, who had the world-leading time prior to the competition, American record holder Jenny Barringer, and world junior record holder Ruth Bisibori. 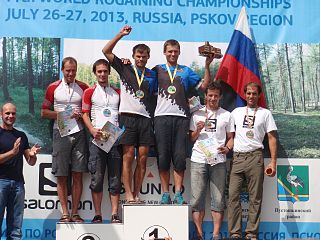