Mânzălești is located in the hilly part of Buzău county, in the valley of the Slănic river, a tributary of the Buzău river. Due to its location in a high-altitude region, the commune occupies a wide range of altitudes, from 400m in the Slănic river valley to 1,364m at the Cerdac peak.

The first document mentioning a village from the Mânzălești commune is a property act of February 3, 1522, by which the prince of Wallachia, Radu de la Afumaţi, gave ownership of the land of Peceneaga, from Menedic all the way to Cheia, to Negru Braga, his brothers and sons. The name Menedic refers to the present-day Meledic plateau, which lies close to the confluence of the Jgheab River and the Slănic River.

Throughout its medieval history, the commune was made up of several yeoman villages: Mânzălești-Mănești, Ciomagi, Răghinești and Ichimești, as well as the serf settlements on the Meledic and Poiana Ascunsă lands.

Vrancea is a county (județ) in Romania, with its seat at Focșani. It is mostly in the historical region of Moldavia but the southern part, below the Milcov River, is in Muntenia. 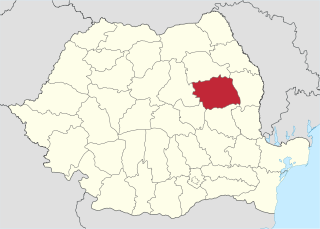 Bacău County is a county (județ) of Romania, in Moldavia, with its capital city at Bacău. It has one commune, Ghimeș-Făget, in Transylvania. 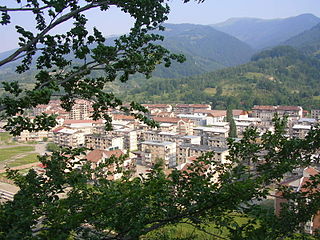 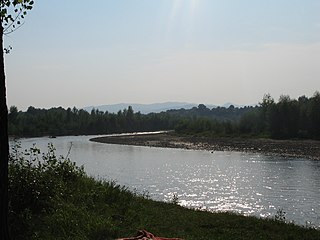 Cireșu may refer to several places in Romania:

Deleni may refer to several places in Romania: 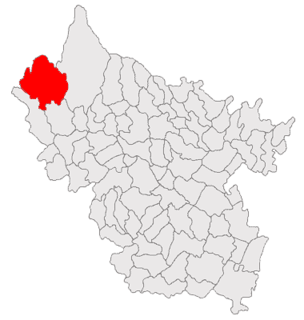 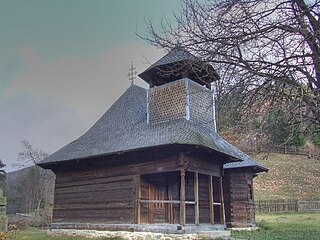 The Jghiab or Jgheab is a left tributary of the river Slănic in Romania. It discharges into the Slănic in Mânzălești. Its length is 13 km (8.1 mi) and its basin size is 51 km2 (20 sq mi). 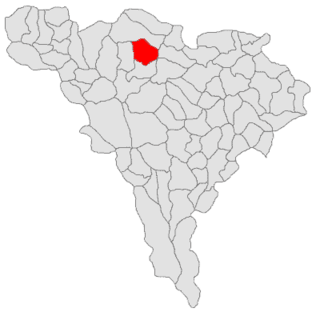 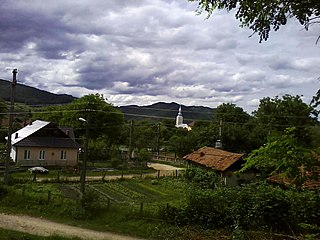 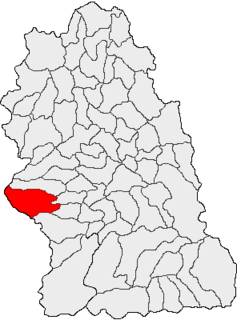 Valea Ursului may refer to several places in Romania: