MŠK Námestovo is a Slovak football team, based in the town of Námestovo. The club was founded in 1931. 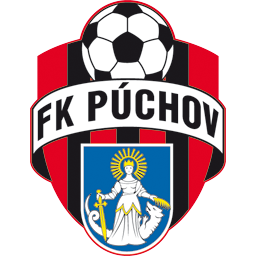 MŠK Púchov is a Slovak football club, playing in the town of Púchov.

Zdeno Štrba is a Slovak football midfielder who currently plays for TJ Slovan Skalité. He played 25 games for the Slovakia national football team. 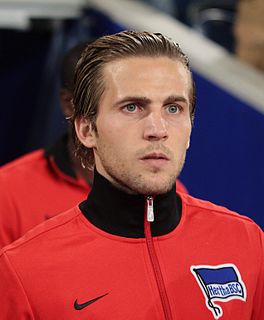 Peter Pekarík is a Slovak football defender who plays for Hertha BSC and the Slovakia national team.

Slovakia has participated in international football as an independent nation ever since 1993 when Czechoslovakia was divided into two new states. Slovakia qualified to the World Cup for the first time in 2010, where the side upset perennial power Italy and lost in the Round of 16. They qualified for the UEFA European Championships for the first time since independence in 2016. Football is the most popular sport in the Slovak Republic.

Partizán Bardejov is a Slovak football team, based in the town of Bardejov. The club was founded in 1922. The club currently plays in the 2. liga, the second tier of the Slovak football league system, hosting games at the 3,040-capacity Mestský štadión Bardejov.

Babatounde Issiaka Bello is a former Beninese footballer who played as a midfielder.

MŠK Tesla Stropkov is a Slovak football team, based in the town of Stropkov. The club was founded in 1920. They currently play in the III. Liga Východ (Slovakia), the third tier of the Slovak football league system.

Pavol Strapáč is a former football player from Slovakia and currently manager of MŠK Námestovo. He played ten seasons at ZVL Žilina as well as five seasons with NH Ostrava.

The 2011–12 MŠK Žilina season is the 18th straight season that the club will play in the Slovak First League, the highest tier of football in Slovakia.

The 2012–13 season of the 3. Liga was the twentieth season of the third-tier football league in Slovakia, since its establishment in 1993.

The 2020–21 season will be MŠK Žilina's 113th season in existence and the club's 24th consecutive season in the top flight of Slovak football. In addition to the domestic league, Žilina participated in this season's edition of the Slovak Cup and the UEFA Europa League.