Mac Lochlainn and MacLochlainn (Irish pronunciation:  [ˈmˠakˈl̪ˠɔxl̪ˠənʲ] ) are Irish surnames. They are patronymic forms of the Gaelic Lochlann .

Ulaid, or Ulaidh, was a Gaelic over-kingdom in north-eastern Ireland during the Middle Ages, made up of a confederation of dynastic groups. Alternative names include Ulidia, which is the Latin form of Ulaid, as well as in Cóiced, which in Irish means "the Fifth". The king of Ulaid was called the rí Ulad or rí in Chóicid.

M(a)cLaughlin is the most common English form of Mac Lochlainn, a masculine surname of Irish origin. The feminine form of the surname is Nic Lochlainn. The literal meaning of the name is "son of Lochlann". Note that Mc is simply a contraction of Mac, which is also truncated to M' . Thus, MacLaughlin, McLaughlin and M'Laughlin are the same Anglicism, the latter two merely contractions of the first.

Muircheartach Mac Lochlainn was king of Tír Eoghain, and High King of Ireland from around 1156 until his death in 1166. He succeeded Toirdhealbhach Ua Conchobhair who died in 1156.

Events from the year 1166 in Ireland.

Corcomroe is a barony in County Clare, Ireland. It is the southern half of the Gaelic tuath of Corco Modhruadh.

Muirchertach is an Irish language male given name meaning "mariner". The name was sometimes Anglicised as "Mortimer." Muirchertach was borne by several figures from legend and history, including:

Events from the year 1157 in Ireland.

Lachlan is a masculine given name of Irish & Scottish origin. The name is English and derived from Irish Gaelic and Scottish Gaelic. 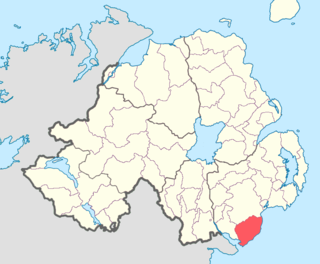 Mourne is a barony in County Down, Northern Ireland. It lies in the south-east of the county, with the Irish Sea to its east. It is bordered by two other baronies: Iveagh Upper, Lower Half and Iveagh Upper, Upper Half to the north and west. Mourne gets its name from the Múrna, a people who hail originally from a territory of the same name in modern County Monaghan. 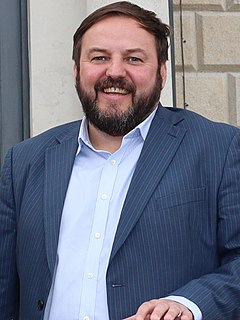 Pádraig Mac Lochlainn is an Irish Sinn Féin politician who has served as a Teachta Dála (TD) for the Donegal constituency since the 2020 general election.

Ó Lochlainn and Ua Lochlainn are Irish surnames. They are patronymic forms of the personal name Lochlann. The surnames have been borne by several Irish families, such as the Uí Lochlainn, and the Meic Lochlainn.

Aodh Méith or Áed Méith was a 13th-century king of Tír Eoghain. The son of Aodh an Macaoimh Tóinleasg, Aodh spent much of his career fighting off threats from Fir Manach, Tír Conaill and Galloway, as well as John de Courcy and the Lordship of Ireland. His involvement in Irish Sea politics may have seen him sponsor a Mac Uilleim claim to the Scottish throne, but this is unclear.

Events from the year 1241 in Ireland.

The Uí Lochlainn, also known as the O'Lochlainn family, were a leading kindred in the Burren region of County Clare.