Last updated January 01, 2020
This article is about the city. For the municipality of the same name, see Magdalena de Kino (municipality).

Magdalena de Kino (Spanish pronunciation:  [maɣðaˈlena ðe ˈkino] ( listen )) is a city, part of the surrounding municipality of the same name, located in the Mexican state of Sonora covering approximately 560 square miles (1,460 square kilometers). According to the 2005 census, the city's population was 23,101, and the municipality's population was 25,500. Magdalena de Kino is in the northern section of Sonora 50 miles (80 kilometers) from the Mexico-U.S. border. To the north the municipality abuts Nogales; to the south, the municipality of Santa Ana; to the east, Ímuris and Cucurpe; and to the west, the municipalities of Tubutama and Sáric. Its main sectors include San Ignacio, San Isidro, Tacicuri, and Sásabe. The city was named after the pioneer Roman Catholic missionary and explorer, Father Eusebio Francisco Kino, who worked in the area, as well as in the present-day US state of Arizona.

Originally, the territory was populated by the Papagos (Tohono O'odham) and Pimas (Akimel O'odham). The first missions were established in 1687, with the arrival of Father Eusebio Francisco Kino. The municipal seat was founded at the beginning of 17th century by Lieutenant Juan Bautista Escalante. Magdalena de Kino suffered two massacres, one in 1757 and another in 1776. The city was founded by decree in December, 1923.[ citation needed ] At first the city was called "Santa María Magdalena de Buquivaba", but was changed in 1966 to its present name.[ citation needed ]

Agriculture is a key economic activity throughout the municipality. Of the 3,300 acres (13 km2) of arable land, 2,800 (approximately 85%) are irrigated. Crops include fruit, wheat, maize, common bean and sorghum. Cattle ranching is also an important source of income within the municipality.

Magdalena de Kino has 6 hotels and 6 bars/restaurants and several sites of interest to tourists, including:

Magdalena de Kino is the birthplace of presidential candidate Luis Donaldo Colosio, a member of the PRI movement, and who was assassinated in Tijuana in 1994.

Magdalena de Kino is the birthplace of soccer player Alejandro Gallardo World Cup winner in Peru U-17 in 2005. Currently plays in F.C. Atlas

Magdalena de Kino is the birthplace of Daniel Contreras, owner of three "El Guero Canelo" restaurants in Tucson, Arizona. They are especially noted for their Sonoran hot dogs. He and his restaurants (which originated as one food truck) have been featured on Food Network TV shows. Contreras also has a bakery and tortilla factory in Magdalena de Kino, which supply his restaurants.

Magdalena de Kino is the subject of a song by The Killers frontman, Brandon Flowers. 'Magdalena' appears on his solo album Flamingo.

Magdalena de Kino is twinned with: 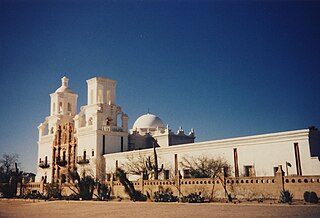 Mission San Xavier del Bac is an historic Spanish Catholic mission located about 10 miles (16 km) south of downtown Tucson, Arizona, on the Tohono O'odham Nation San Xavier Indian Reservation. The mission was founded in 1692 by Padre Eusebio Kino in the center of a centuries-old settlement of the Sobaipuri O'odham, a branch of the Akimel or River O'odham located along the banks of the Santa Cruz River. The mission was named for Francis Xavier, a Christian missionary and co-founder of the Society of Jesus in Europe. The original church was built to the north of the present Franciscan church. This northern church or churches served the mission until it was razed during an Apache raid in 1770.

Luis Donaldo Colosio Murrieta was a Mexican politician, economist, and PRI presidential candidate, who was assassinated at a campaign rally in Tijuana during the Mexican presidential campaign of 1994. 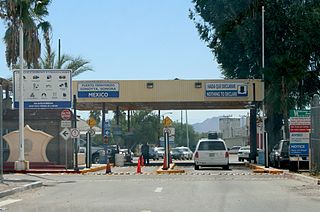 Beginning in the 16th century Spain established missions throughout New Spain in order to facilitate colonization of these lands. 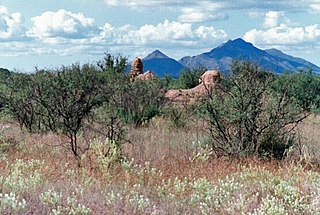 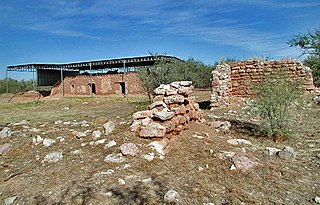 Mission San Cayetano de Calabazas, also known as Calabasas, is a Spanish Mission in the Sonoran Desert, located near present-day near Tumacácori, Arizona. The Mission was named for the Italian Saint Cajetan.

Imuris is the municipal seat of Imuris Municipality in the north of the Mexican state of Sonora.

Cucurpe is the municipal seat of Cucurpe Municipality in the Mexican state of Sonora.

Oquitoa is a small town surrounded by Oquitoa Municipality in the northwest of the Mexican state of Sonora. 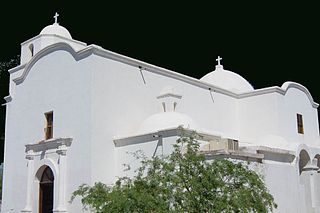 The Sobaipuri were one of many indigenous groups occupying Sonora and what is now Arizona at the time Europeans first entered the American Southwest. They were a Piman or O'odham group who occupied southern Arizona and northern Sonora in the 15th-19th centuries. They were a subgroup of the O'odham or Pima, surviving members of which include the residents of San Xavier del Bac which is now part of the Tohono O'odham Nation and the Akimel O'odham. 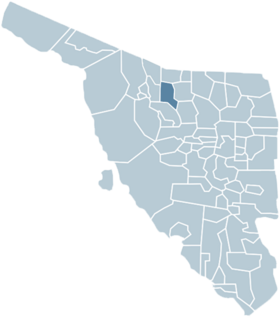 The Municipality of Magdalena de Kino is a municipality ('county') in Sonora state in Northwestern Mexico. 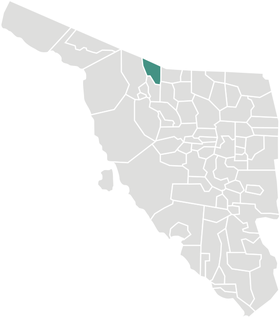 Sáric Municipality is a municipality in Sonora in north-western Mexico. Its northern boundary is the U.S. state of Arizona. The population of the municipality was 2,703 in 2010 living in an area of 1,676.23 square kilometers. The elevation is around 800 meters. At the municipal seat it is 780 meters. 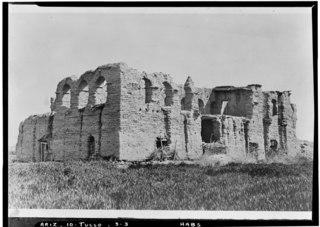 Mission San Cosme y Damián de Tucsón, originally known as Mission de San Agustin del Tucson. It was located on the west side of the Santa Cruz River, at the base of Sentinel Peak or "A" Mountain in present-day Tucson, Pima County, Arizona.

XEDJ-AM was a radio station broadcasting on 1450 AM in Magdalena de Kino, Sonora. It was owned by Jesús Lara Rochín and last branded as Radio Clave.