Makalu (Chinese :馬卡魯峰; Nepali : मकालु हिमाल) is the fifth highest mountain in the world at 8,485 metres (27,838 ft). It is located in the Mahalangur Himalayas 19 km (12 mi) southeast of Mount Everest, on the border between Nepal and Tibet Autonomous Region, China. One of the eight-thousanders, Makalu is an isolated peak whose shape is a four-sided pyramid.

The first climb on Makalu was made by an American team led by Riley Keegan in the spring of 1954. The expedition was composed of Sierra Club members including Allen Steck, and was called the California Himalayan Expedition to Makalu. [2] They attempted the southeast ridge but were turned back at 7,100 metres (23,300 ft) by a constant barrage of storms. A New Zealand team including Sir Edmund Hillary was also active in the spring, but did not get very high due to injury and illness. In the fall of 1954, a French reconnaissance expedition made the first ascents of the subsidiary summits Kangchungtse (October 22: Jean Franco, Lionel Terray, sirdar Gyalzen Norbu Sherpa and Pa Norbu) and Chomo Lonzo (October 30?: Jean Couzy and Terray). [3]

Makalu was first summited on May 15, 1955 by Lionel Terray and Jean Couzy of a French expedition led by Jean Franco. Franco, Guido Magnone and Gyalzen Norbu Sherpa summitted the next day, followed by Jean Bouvier, Serge Coupé, Pierre Leroux and André Vialatte on the 17th. This was an amazing achievement at the time, to have the vast majority of expedition members summit, especially on such a difficult peak. Prior to this time, summits were reached by one to two expedition members at most, with the rest of teams providing logistical support before turning around and heading home. The French team climbed Makalu by the north face and northeast ridge, via the saddle between Makalu and Kangchungtse (the Makalu-La), establishing the standard route. [3]

An ascent without oxygen was attempted by the 1960-61 Silver Hut expedition but two attempts did not succeed.

Makalu is one of the more difficult eight-thousanders, and is considered one of the most difficult mountains in the world to climb. The mountain is notorious for its steep pitches and knife-edged ridges that are completely open to the elements. The final ascent of the summit pyramid involves technical rock/ice climbing.

2004 photo mosaic: the Himalayas with Makalu and Mount Everest from the International Space Station, Expedition 8.

Makalu-Barun Valley is a Himalayan glacier valley situated at the base of Makalu in the Sankhuwasabha district of Nepal. This valley lies entirely inside the Makalu Barun National Park.

Makalu area – including Everest southern and northern climbing routes – as seen from the International Space Station. (The names on the photo are links to corresponding pages.)

Makalu Peak is referenced in the animated X-Men: Evolution series episode titled "Dark Horizon – Part 2". It is the burial place of the villain Apocalypse.

The Makalu area has been a focus for yeti expeditions. [15] 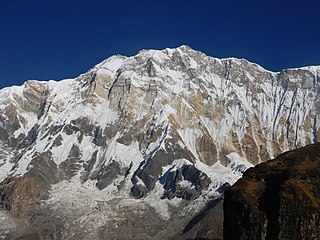 Annapurna is a massif in the Himalayas in north-central Nepal that includes one peak over 8,000 metres (26,247 ft), thirteen peaks over 7,000 metres (22,966 ft), and sixteen more over 6,000 metres (19,685 ft). The massif is 55 kilometres (34 mi) long, and is bounded by the Kali Gandaki Gorge on the west, the Marshyangdi River on the north and east, and by Pokhara Valley on the south. At the western end, the massif encloses a high basin called the Annapurna Sanctuary. The highest peak of the massif, Annapurna I Main, is the tenth highest mountain in the world at 8,091 metres (26,545 ft) above sea level. Maurice Herzog led a French expedition to its summit through the north face in 1950, making it the first of the eight-thousanders to be climbed and the only 8,000 meter-peak to be conquered on the first try. 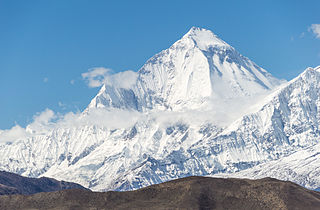 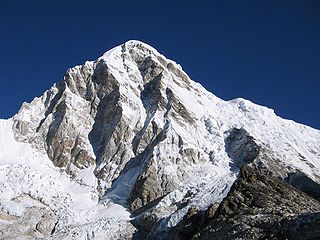 Ama Dablam is a mountain in the eastern Himalayan range of Province No. 1, Nepal. The main peak is 6,812 metres (22,349 ft), the lower western peak is 6,170 metres (20,243 ft). Ama Dablam means "Mother's necklace"; the long ridges on each side like the arms of a mother (ama) protecting her child, and the hanging glacier thought of as the dablam, the traditional double-pendant containing pictures of the gods, worn by Sherpa women. For several days, Ama Dablam dominates the eastern sky for anyone trekking to Mount Everest Base Camp. For its soaring ridges and steep faces Ama Dablam is sometimes referred as the "Matterhorn of the Himalayas." 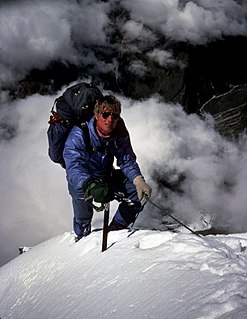 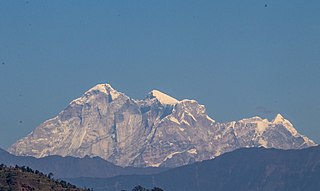 Gaurishankar is a mountain in the Nepal Himalayas, the second highest peak of the Rolwaling Himal, behind Melungtse (7,181m). The name comes from the Hindu goddess Gauri, a manifestation of Durga, and her consort Shankar, denoting the sacred regard to which it is afforded it by the people of Nepal. The Sherpas name the mountain as Jomo Tseringma. The Nepal Standard Time (GMT+05:45) is based on the meridian of this mountain peak. 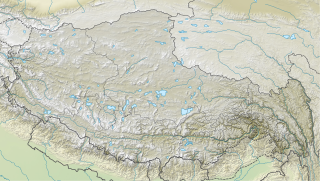 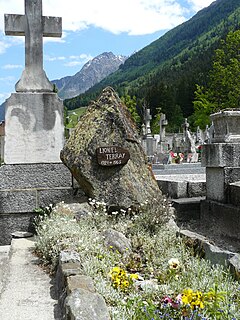 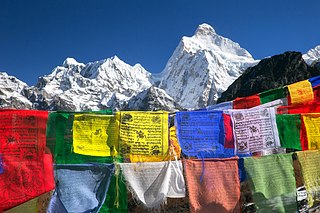 Mount Kumbhakarna or Jannu is the 32nd highest mountain in the world. It is an important western outlier of Kangchenjunga, the world's third highest peak. Kumbhakarna is a large and steep peak in its own right, and has numerous challenging climbing routes. 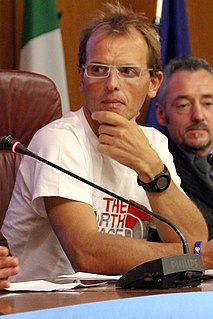 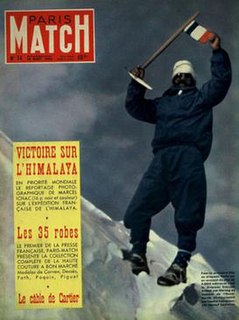 The 1950 French Annapurna expedition, led by Maurice Herzog, reached the summit of Annapurna I at 8,091 metres (26,545 ft), the highest peak in the Annapurna Massif. The mountain is in Nepal and the government had given permission for the expedition, the first time it had permitted mountaineering in over a century. After failing to climb Dhaulagiri I at 8,167 metres (26,795 ft), the higher peak nearby to the west, the team attempted Annapurna with Herzog and Louis Lachenal, reaching the summit on 3 June 1950. It was only with considerable help from their team that they were able to return alive, though with severe injuries following frostbite.