The party's founding convention declared that "the ultimate object of attainment shall be to preserve to the worker the full product of his toil". The ambiguity of this statement was criticized by the more radical Socialist Party of Canada (SPC), which called for collective ownership in industry.

After the SPC nominated candidates for Winnipeg North and Winnipeg West in the 1910 provincial election, the MLP sought to prevent confrontation and vote-splitting by fielding only one candidate of their own: Fred Dixon in Winnipeg Centre. Dixon was a moderate reformer, and campaigned in an unofficial alliance with the Manitoba Liberal Party. He was bitterly opposed by the SPC, which belatedly nominated W.S. Cummings to run against him as a spoiler.

Dixon lost to the Conservative Party incumbent, Thomas Taylor, by seventy-three votes. Cummings's ninety-nine votes may have made the difference in the outcome. The SPC was widely blamed for Dixon's loss, and became marginalized in Winnipeg's labour community for the next eight years.

Some of the information in this article has been summarized from the article listed above, and from McCormack's Reformers, rebels, and revolutionaries : the Western Canadian radical movement, 1899-1919 (Toronto, University of Toronto Press, 1977), pp. 90–91. Readers are encouraged to consult this work for more information.

All electoral information is taken from Elections Manitoba.

The Socialist Party of Canada (SPC) was a political party that existed from 1904 to 1925, led by E. T. Kingsley. It published the socialist newspaper Western Clarion.

Sir Rodmond Palen Roblin was a businessman and politician in Manitoba, Canada.

Arthur W. Puttee was a British-Canadian printer and politician. Puttee was the first Labour Member of Parliament (MP) in the House of Commons of Canada, sitting as Winnipeg MP from 1900 to 1904. 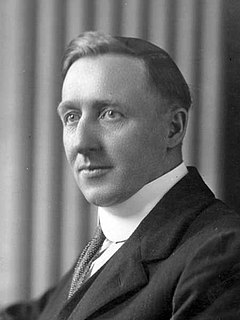 Robert Boyd Russell was a labour organizer and politician in Manitoba, Canada. R.B. Russell, as he was known, was a prominent figure in the Winnipeg General Strike of 1919 and was later the leader of Winnipeg's One Big Union.

Frederick George Tipping was a labour organizer in Manitoba, Canada. He was involved in the Winnipeg General Strike of 1919, and subsequently ran for office as a candidate of the Labour Party.

Robert J. Johns was a labour organizer in Manitoba, Canada. He was activist in the Socialist Party of Canada. He was a founder and prominent figure in Canada's One Big Union movement.

The Canadian Socialist League (CSL) was the first nationwide socialist organization founded in Canada. It originated in Montreal in 1898, but was strongest in Ontario and British Columbia. The leaders espoused a moderate socialism based on Christian reform principles. Members of the league formed provincial socialist parties. In 1905 these parties merged into the Socialist Party of Canada (SPC).