Manuel Felipe Rugeles was a poet, journalist and Venezuelan politician who was born in San Cristóbal, Venezuela in 1903 and died in Caracas in 1959. As a poet he belonged to the so-called Generation of 1918. As a result of criticisms made to the regime of General Juan Vicente Gomez, he was imprisoned in the castle San Carlos of Zulia and later exiled to Colombia in 1929.

In 1936, after the death of Gomez, Rugeles returned to Venezuela. He served as Secretary of the Venezuelan delegation before the Organization of American States (O.A.S.) in Washington (1948) and was cultural advisor of the Embassy of Venezuela in Buenos Aires. In 1953 he was director of Culture and Arts of the Ministry of Education and director of the National Magazine of Culture (1953–1957). During the last years of his life he founded and directed a children's magazine, Pico-Pico. He won the National Prize for Literature in 1955.

Nicolás Cristóbal Guillén Batista was a Cuban poet, journalist, political activist, and writer. He is best remembered as the national poet of Cuba.

Several styles of the traditional music of Venezuela, such as salsa and merengue, are common to its Caribbean neighbors. Perhaps the most typical Venezuelan music is joropo, a rural form which originated in the llanos, or plains.

Mariano Federico Picón Salas was a Venezuelan diplomatic, cultural critic and writer of the 20th century, born in Mérida on January 26, 1901, and died in Caracas on January 1, 1965. Among his books, his collection of essays on history, literary criticism and cultural history are remarkable. He travelled a lot through the Americas. His work is also important because of his wide perspective, studying the culture of the entire continent. He left Venezuela, under the political persecution of dictator Juan Vicente Gómez. Living for a large period in Chile, he studied history, gaining the degree of “Profesor de Historia” and later a doctorate in philosophy and letters.

A poetry book by Alejandro Carrión named La sangre sobre la tierra is an excursion into epic poetry that begins with the “Canto a la América Española”, written to participate in a continent wide poetry competition convened in Mexico: the poem was short listed as the “Ecuadorian” selection and lost by one vote to the great Venezuelan poet Manuel Felipe Rugeles. “Canto a la línea equinoccial” pleased the publishers of “Poesía de América”, the Mexican poetry magazine, but caused the indignation of the poet Elio Romero, who found it ‘reactionary’. Jose Maria Egas expressed his enthusiasm for the agonic sacrifices of “Túmulo de Vargas Torres”.

Alfredo Armas Alfonzo was a Venezuelan writer, critic, editor and historian, well known throughout Latin America. He was a master of the modern fable, a precursor of what soon would be called magical realism. 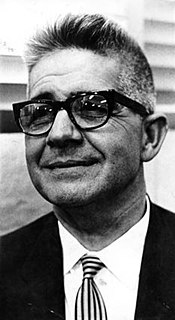 Leopoldo Panero was Spanish poet, born in Astorga in 1909 and deceased in 1962. He was the father of the poets Leopoldo María Panero and Juan Luis Panero.

Calixto Oyuela was an Argentine poet and essayist.

Pablo de Rokha was a Chilean poet. He won the Chilean Premio Nacional de Literatura in 1965 and is counted among the four greats of Chilean poetry, along with Pablo Neruda, Vicente Huidobro and Gabriela Mistral. He is considered an avant-garde poet and an influential figure in the poetry scene of his country.

Cintio Vitier was a Cuban poet, essayist, and novelist. Upon winning the Juan Rulfo Prize, the award jury called him "one of the most important writers of his generation".

Luz Machado was a Venezuelan political activist, journalist and poet. She founded the Circle of Venezuelan Writers and was a member of Bolivarian Society. She is a recipient of the National Prize for Literature.

Rafael Cadenas is a Venezuelan poet and essayist. He taught for many years at the Central University of Venezuela.. He received the National Prize for Literature (1985), Guadalajara's International Book Fair prize of literature and García Lorca Prize (2015). 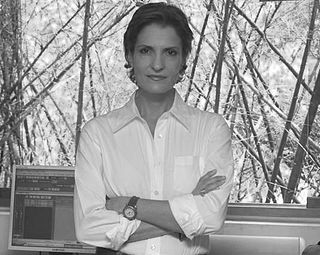 Josefina Benedetti is a Venezuelan-American composer, musicologist and choral director.

José Nucete Sardi (1897–1972) was a Venezuelan historian, journalist and diplomat. He was born on August 4, 1897 in Mérida and died on November 12, 1972 in Caracas. He was married to Julia Salas Ruiz, daughter of the illustrious intellectual Julio Cesar Salas, with whom he had four daughters.

Juan Beroes was a Venezuelan poet.

Félix Armando Núñez was a Venezuelan poet, essayist, and critic who lived in Chile since 1914, where he worked as a professor.