María Luisa Dehesa Gómez Farías (30 June 1912 – 11 March 2009) was a Mexican architect who worked for close to 50 years in the Federal District of Mexico City, primarily designing single-family homes and apartment buildings. [1] She was the first Mexican woman to graduate with a degree in architecture. 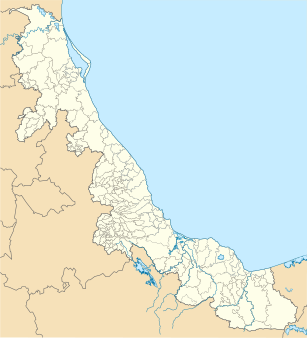 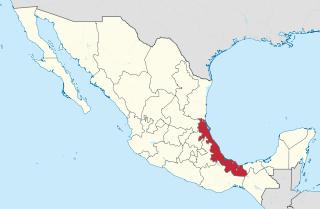 Teodoro A. Dehesa Méndez was the Governor of the state of Veracruz in Mexico for five terms from 1892 to 1911.

In 1933 she enrolled at the Academia de San Carlos (the National School of Architecture) of the National Autonomous University of Mexico. [3] In her class of 113 students, only five were women [1] and they were required to study in a separate workshop from the men. [3] She graduated in 1937, the first Mexican woman to graduate with a degree in architecture. Her thesis, which won honorable mention from the jurors, [3] was entitled Artillery Barracks Type. It was accepted in 1939 and she attained her professional designation. [4] 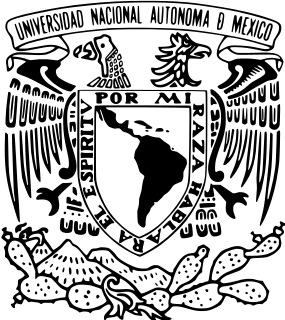 The National Autonomous University of Mexico is a public research university in Mexico. It ranks highly in world rankings based on the university's extensive research and innovation. UNAM's campus is a UNESCO World Heritage site that was designed by some of Mexico's best-known architects of the 20th century. Murals in the main campus were painted by some of the most recognized artists in Mexican history, such as Diego Rivera and David Alfaro Siqueiros. In 2016, it had an acceptance rate of only 8%. UNAM generates a number of strong research publications and patents in diverse areas, such as robotics, computer science, mathematics, physics, human-computer interaction, history, philosophy, among others. All Mexican Nobel laureates are either alumni or faculty of UNAM.

After she finished school, Dehesa married Manuel Millán and they subsequently had four children. [2] She joined the Public Works Department in Mexico City and served for nearly 50 years in various divisions, [1] primarily designing single-family homes and apartment buildings. [2] In 1974, she was announced as a joint winner of the Ruth Rivera Prize, together with the first Mexican female civil engineer, Concepción Mendizábal Mendoza. [5] In 2006, the College of Architects of Mexico City, honored her for her contributions. [3]

María del Rosario Gutiérrez Eskildsen was a Mexican lexicographer, linguist, educator, and poet who is remembered for her studies on the regional peculiarities of speech in her home state of Tabasco as well as for her pioneering work as a teacher and pedagogue in Tabasco and throughout Mexico. She has at times been described as Tabasco's first woman "professionist".

Federico Heraclio Cantú Garza was a Mexican painter, engraver and sculptor. While considered to be a member of the Mexican muralism movement, his style was noticeably different, mostly for adhering to older and more academic forms of painting and sculpture. He had his most success exhibiting in the United States and Europe, but he did murals and sculptures in Mexico. His best known work is a sculpture called La maternidad which was adapted as the logo of the Instituto Mexicano de Seguro Social (IMSS).

Ignacio Ortiz is a Mexican painter and teacher noted for his depictions of women and his work in the development of the fine arts program at the Universidad Autónoma de Nuevo León. He began his career at the same university as a student, with advanced studies in Europe. He has had individual and collective showings of his work in Mexico, the United States and various countries in Europe. He is a member of the Royal Union of Swedish Painters and the Salón de la Plástica Mexicana. In 2005, the Museo Metropolitano de Monterrey gave him an award for his life’s work and contributions to the culture of Monterrey.

Andrea Gómez y Mendoza was a Mexican graphic artist and muralist, a member of the Salón de la Plástica Mexicana.

Javier Sánchez is a Mexican developer and architect primarily known for contemporary construction in Mexico City, especially the Condesa neighborhood. Sánchez is the founding partner and lead designer of the Mexico City firm JSª, known as Higuera + Sanchez from 1996-2007. Obras magazine voted Sánchez one of the forty most influential architects of the past forty years.

Anabella del Rosario Dávila Martínez is a Mexican professor and researcher at the Monterrey Institute of Technology and Higher Studies as well as the director of the doctorate program in administrative sciences of the EGADE Business School on the Monterrey Campus.

José Reyes Meza was a mexican painter, costume and set designer, who helped to found a number of cultural institutions in Mexico. Reyes Meza began his artistic career principally in theater, although he was an active painter and even bullfighter in his early days. Painting became prominent starting in the 1970s, working on murals in various parts of Mexico as well as exhibiting canvas works in Mexico and abroad. The artist is a founding member of the Salón de la Plástica Mexicana and his work has been acknowledged by tributes, various awards and an art museum in Nuevo Laredo named after him. 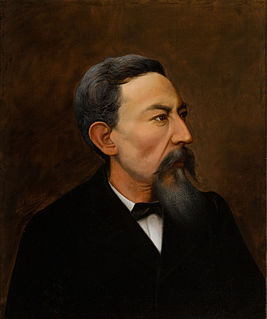 Lázaro Garza Ayala was a Mexican politician who served several times as governor of Nuevo León during the 19th century.

José Manuel Zacarías Gómez Valdés was a 19th-century Mexican lawyer and politician who served as interim governor of Nuevo León (1866–1867), senator, and congressman in the Chamber of Deputies representing the states of Nuevo León and Tamaulipas.

Fernanda Canales is an architect, designer, critic and curator of Mexican architecture.

Rosaura Barahona was a Mexican writer, journalist and educator who had a regular column in the El Norte newspaper of Monterrey dealing with social issues.

Elena Huerta Múzquiz was a Mexican artist best known for her mural work in her hometown of Saltillo, Coahuila, Mexico. Most of her art career was dedicated to teaching, but she was one of the founders of the Compañía de Teatro Infantil with German Cueto, Lola Cueto, Angelina Beloff and Leopoldo Méndez, the Liga de Escritores y Artistas Revolucionarios and a founding member of the Salón de la Plástica Mexicana. She created three mural projects in Saltillo, with the last done when she was 65 years of age, a work over 450m², the largest mural work created by a woman in Mexico.

María Luisa Mendoza, also known as La China Mendoza, was a Mexican journalist, novelist and politician. She served as a federal delegate from the state of Guanajuato to the 53rd Mexican legislature. 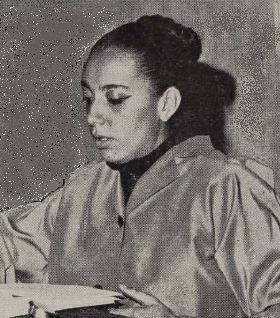 Ruth Rivera Marín was a Mexican architect. Her professional experience centered on teaching, institutional management, theory and practice related to architecture. She was the first woman student of the College of Engineering and Architecture at the National Polytechnic Institute.

Dulce María González was a Mexican writer and educator.

Tessy María López Goerne is a Mexican solid-state chemist, professor, researcher, academic, and popular science communicator. She has specialized in the fields of nanotechnology and nanomedicine, as well as being a pioneer in catalytic nanomedicine. She directs the Nanotechnology and Nanomedicine Laboratories at the Universidad Autónoma Metropolitana Xochimilco (UAM-X) plant and the National Institute of Neurology and Neurosurgery.

Eliana Bórmida is an Argentine architect, co-owner of the Bórmida & Yanzón studio, based in Mendoza, Argentina and specializing in wine cellars. Since 1988 the studio has worked on projects for more than 30 wineries, which have been disseminated in national and international media, and several have received awards. Bórmida combines her activity at the studio with academic pursuits, developing an extensive career in the field of heritage preservation. In 2012 she received the Konex Award for Architecture.