pronunciation  (help·info)), sometimes called rumba shaker or chac-chac, [1] is a rattle which appears in many genres of Caribbean and Latin music. It is shaken by a handle and usually played as part of a pair.

Maracas (from Guaraní mbaracás), [2] also known as tamaracas, were rattles of divination, an oracle of the Brazilian Tupinamba Indians, found also with other Indian tribes, such as the Guarani, Orinoco and in Florida. Rattles made from Lagenaria gourds are being shaken by the natural grip, while the round Crescentia calabash fruits are fitted to a handle. [3] Human hair is sometimes fastened on the top, and a slit is cut in it to represent a mouth, through which their shamans (payes) made it utter its responses. A few pebbles are inserted to make it rattle and it is crowned with the red feathers of the guarás (scarlet ibis). Every man had his maraca. It was used at their dances and to heal the sick. [4] Andean curanderos (healers) use maracas in their healing rites. [5]

Modern maraca balls are also made of leather, wood or plastic. [6]

The manufacturer Latin Percussion produces a very popular maracas design type with plastic balls and a very rough filling (LP 281). Some other companies have copied them. These maracas are very loud and are also perfect as a toy musical instrument, e. g. in the music education for young children.

A maraca player in Spanish is a maraquero. 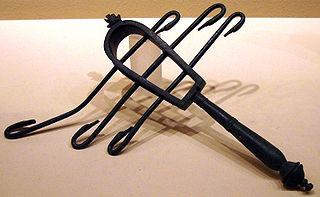 A sistrum is a musical instrument of the percussion family, chiefly associated with ancient Egypt. It consists of a handle and a U-shaped metal frame, made of brass or bronze and between 30 and 76 cm in width. When shaken, the small rings or loops of thin metal on its movable crossbars produce a sound that can be from a soft clank to a loud jangling. Its name in the ancient Egyptian language was sekhem (sḫm) and sesheshet (sššt).

The cabasa, similar to the shekere, is a percussion instrument that is constructed with loops of steel ball chain wrapped around a wide cylinder. The cylinder is fixed to a long, narrow wooden or plastic handle.

The shekere is a West African percussion instrument consisting of a dried gourd with beads or cowries woven into a net covering the gourd. The instrument is common in West African and Latin American folkloric traditions as well as some of the popular music styles. In performance it is shaken and/or hit against the hands.

Aguinaldo is a folk genre of Christmas music in several Latin American countries, based on Spanish Christmas carols or villancicos which is traditionally sung on Christmas itself or during the holiday season. Aguinaldo music is often performed by parrandas - a casual group of people, often family or friends, who merrily go from house to house taking along their singing.

The Hiwi call themselves the “people of the savannah” for the vast flatlands they inhabit between the Meta and Vichada rivers in Colombia. In Venezuela, the Hiwi live in the states of Apure, Guarico, Bolivar, and Amazonas. Seventeenth- and eighteenth-century historians described the Hiwi as nomadic hunter-gatherers. Their long history of violent conflict, extending well into the twentieth century, has meant dramatic changes in their way of life.

The erikundi is a percussive instrument that is shaken much like a maraca. Unlike the maraca, however, it is made from other materials, causing a different sound to be heard. The Erikundi is also related to the Abakua cult, an Afro-Cuban Secret Society, and the playing of it may indicate an individual’s solidarity to this society. Additionally the diversity of this instrument and its use is illustrated by its use in popular music ensembles such as Vieja Trova.

The shak-shak is a kind of Antillean musical instrument, similar to maracas or shakers. They are played in Barbados, Montserrat, Grenada and elsewhere in the Caribbean. Their uses include Montserratian string bands and the Barbadian crop over festival. 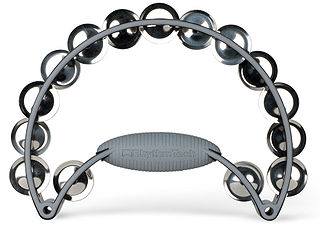 Hand percussion is a percussion instrument that is held in the hand. They can be made from wood, metal or plastic, bottles stops and are usually shaken, scraped or tapped with fingers or a stick. It is a useful category in terms of a large percussion orchestra in that it identifies all instruments that are not drums or pitched percussion such as marimba and xylophone.

The barril de bomba is a traditional drum used in bomba music of Puerto Rico. The barriles de bomba are built from the wood of rum storage barrels and goatskin, adjusted with tourniquets, screws, cuñas or wedges. At least two drums are required to perform bomba music and dance: a Primo or subidor, the lead drum who follows the dancer, and the buleador, which keep a steady beat.

The Pai Tavytera are an indigenous people of Paraguay and Brazil. They primarily live in Amambay Department in Paraguay and the Brazilian state of Mato Grosso do Sul.

The takuapu is a musical percussion instrument used by the indigenous Guaraní people of South America, made from a hollow bamboo tube. The player grasps the takuapu in the middle, holds it vertically, and drops it so that it strikes the ground, producing a deep sound. The name takuapu is a compound of the Guaraní words takua (‘bamboo’) and pu (‘sound’).